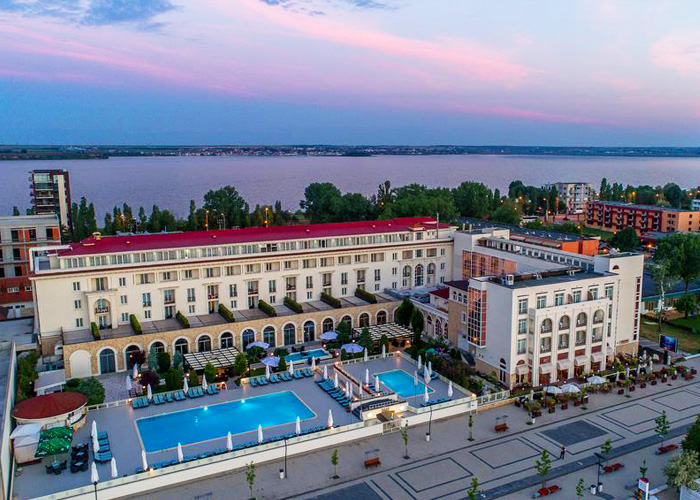 IAKI Hotel is located in Mamaia beach, a resort in the northern part of the Romanian Black Sea Coast, being one of the largest hotels in Mamaia and Romania.

Placed in the heart of the resort, only 20 meters away from the beach, the former Bucharest Hotel was taken over in 1999 by the great Romanian football player, Gheorghe Hagi. Immediately after considerable investments and a modernizing program, the beach hotel was brought to higher standards. Thus, 2 years later, on the 4th of July, 2001, a brand new 4 stars hotel rose on the map of Mamaia resort – IAKI Hotel. The excellent setting of the hotel Iaki in Mamaia with its seaside or lake view, the fine gold sanded beach which is caressed day and night by the sea-breeze, the crystal clear waters of the Black Sea, the  relaxing and exclusive atmosphere are only a few elements that transform hotel Iaki into a special location amongst hotels in The Black Sea.