Tired of the beaten path and of the most generic and repetitive tourist attractions? Romania has many other attractions than Dracula’s castle, Transylvania or the communist buildings of Bucharest.

Romania has so much more to offer to visitors who are willing to go on an adventure and try something new and exciting. Like elsewhere in the whole world, some of the most beautiful sights are places that most visitors have never heard about.

Having this in mind, let us guide you through our top 7 most beautiful, unique and less-known destinations in Romania. Don’t forget that we will gladly take you on a trip to remember while you just relax and enjoy the best of Romania!

Situated in the National Park of Nera, in South-Western Romania, Bei Eye Lake (Ochiul Beiului), also known as The Garden of Eden, it’s a lake of charming beauty with turquoise waters. Due to its warm waters, even during winter, the water doesn’t freeze and for this reason, the lake serves as a home for many migratory birds. 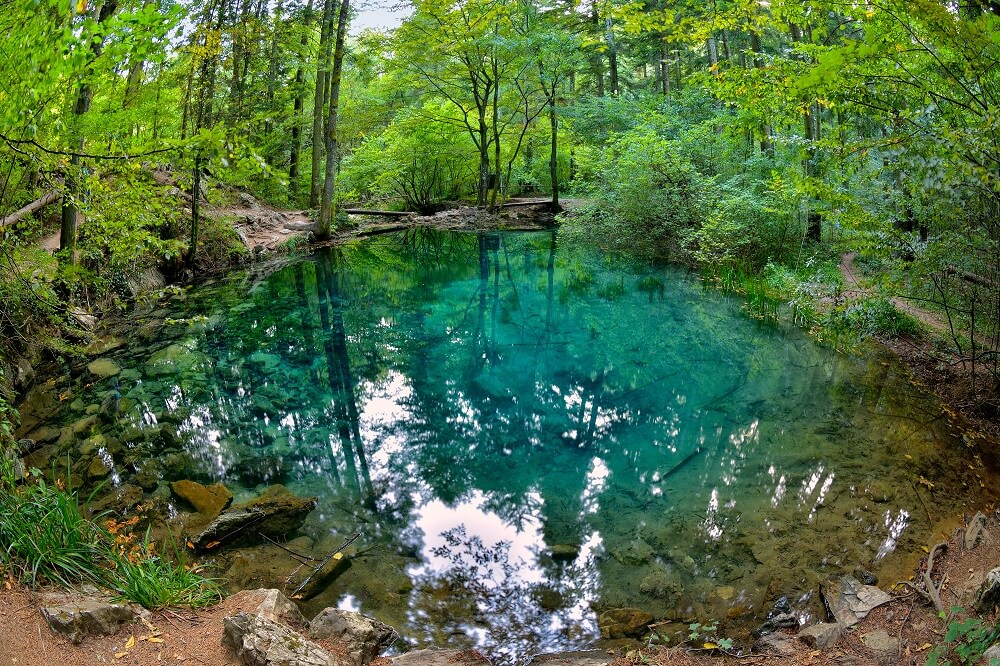 Like any place in Romania and in the Balkans that seems to be charmed, the lake is surrounded by numerous legends. A very famous legend says that the lake is enchanted and that during The night of Sanziene (a well know Romanian popular celebration), the Iele, which are feminine mythical creatures in Romanian folklore, also known as fairies, they gather at the lake to bath and dance until dawn.

It is best to visit this place as there are other attractions in this beautiful natural park, such as Beușnița waterfalls (several waterfalls, one on top of the other), Bigar Waterfall (that was named the most beautiful waterfall in the world by the US site “The World Geography,” in a ranking of the most impressive waterfalls) or Văioaga waterfall.

We talked before about Letea Forest, the most northern subtropical forest in Europe, found in the Danube Delta. It is a magical landscape, with many climbing plants, at least 10 species of orchids and old trees with awkwardly wild shapes, rarely found in other places. 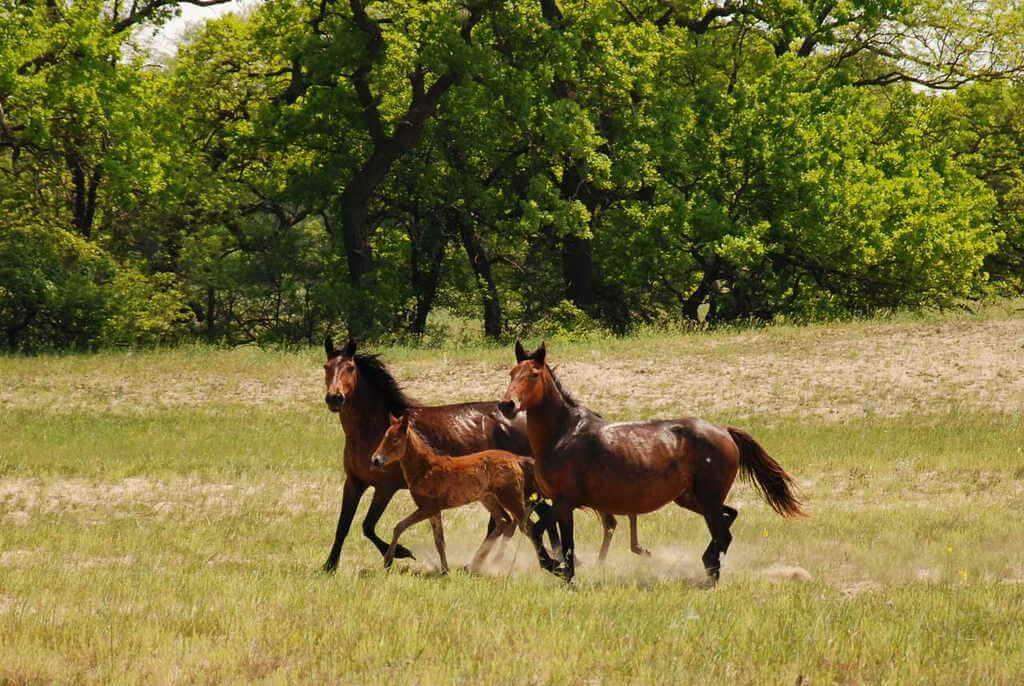 No matter the season, Letea offers a landscape of breathtaking beauty, with atypical vegetation, a high concentration of birds, some of them difficult to spot elsewhere, and, of course, the wild horses, which made the forest famous.

The best part of the Delta is that it offers all kind of accommodation, from camping options to charming guest houses and high-end resorts. Just let us know how do you want to travel!

The Horses Waterfall, the highest waterfall in Romania with one of the most difficult canyons in the country, is located in Maramures region, near the National Park of Rodnei Mountains, in the Eastern Carpathians.

The name of the place comes from a legend, according to which a horse stallion was attacked by a bear during a storm on the edge of the plateau, and the frightened animals fell and died. The waterfall and its surroundings are considered one of the most beautiful places in Romania. 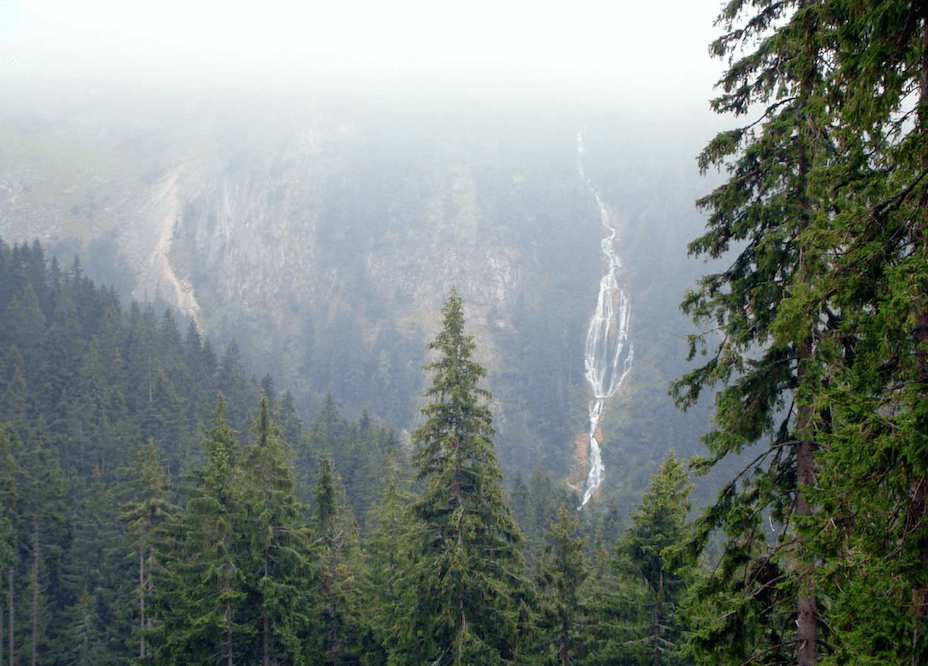 The access to the waterfall is easy and it is still an unknown destination in Romania. However, it should not be missed while you enjoy the heart-warming experience of visiting Maramures.

The Berca Mud Volcanoes are a spectacular geological and botanical reservation, with small volcano-shaped structures, only a few meters high, caused by the eruption of mud and natural gases. 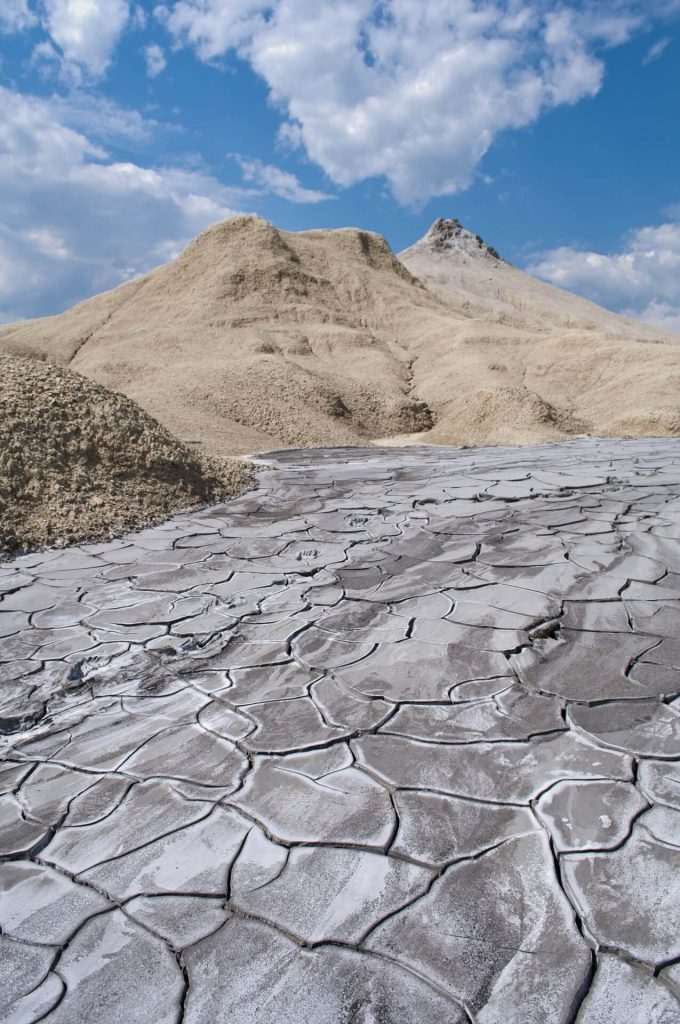 The muddy volcanoes form a dynamic landscape, that invites you to stay for hours in a row to watch their gush, bubbling, bubbles and mollusc torrents. It is close enough for a day trip from Bucharest.

The Tunnel of Love is probably the most romantic destination handcrafted by mother nature and by the once passing trains. Nowadays, the place is an abandoned railway section and it’s hiding in a secluded forest in western Romania. The tunnel was discovered by a couple of photographers, by pure hazard and it offers the perfect lighting and surroundings for a proposal, a photo session or just for daydreaming. 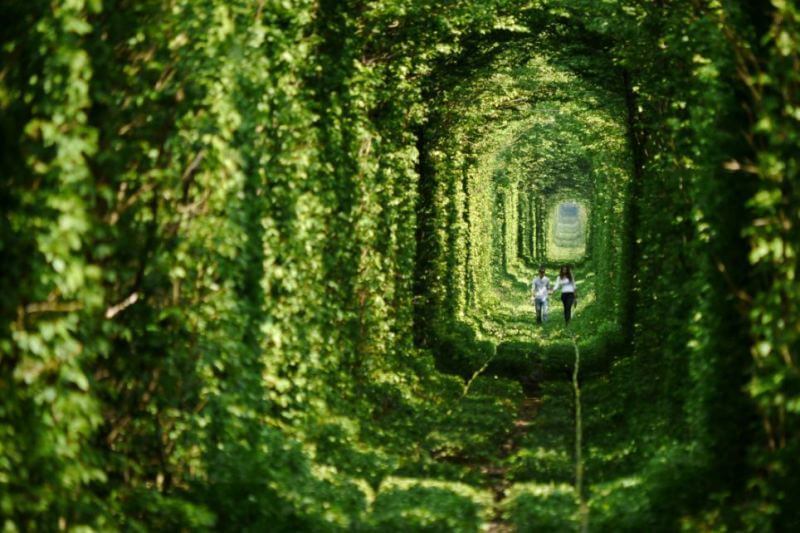 The clay castle Valea Zanelor (the Valley of fairies) is close to Sibiu and it can be used as a one-of-the kind venue for events, meetings, incentives as well as a tourist destination for groups and individuals. The impressive Fagaras Mountains beautifully complement the castle made only from natural construction materials. 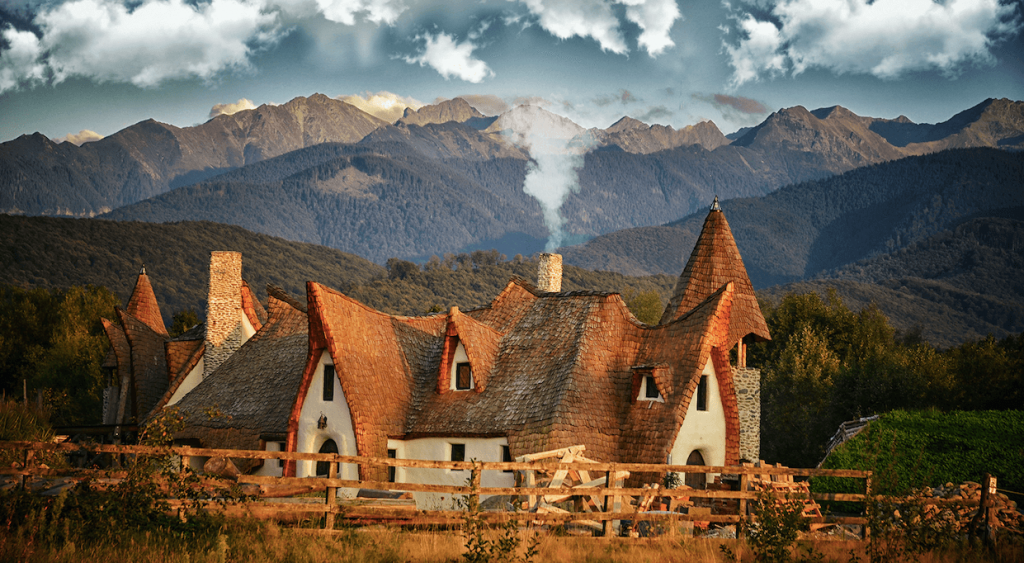 The construction has a unique design that imitates the mountain peaks and reminds its viewers of Gaudí’s art.

The capital of Dacia after its conquest by the Romans, the former Roman colony of Ulpia Traiana Augusta Dacica Sarmizegetusa and the ruins of the ancient capital, Sarmizegetusa Regia are two of the most important landmarks of Romania, but still represent a hidden destination for foreign tourists.

At its peak, around 2000 years ago, the Sarmizegetusa Fortress was surrounded by walls of 500 x 600 meters and 33 hectares of land, with 80 hectares of the city outside the wall.

The Romans built a beautiful, blooming city with rustic villas, Roman farms, thermal baths, homes and many other buildings, whose ruins are still being brought to the light by archaeologists. Sarmizegetusa was the only Roman colony founded by the Emperor Traian, and it is estimated that only 5% of its ruins have been discovered so far. 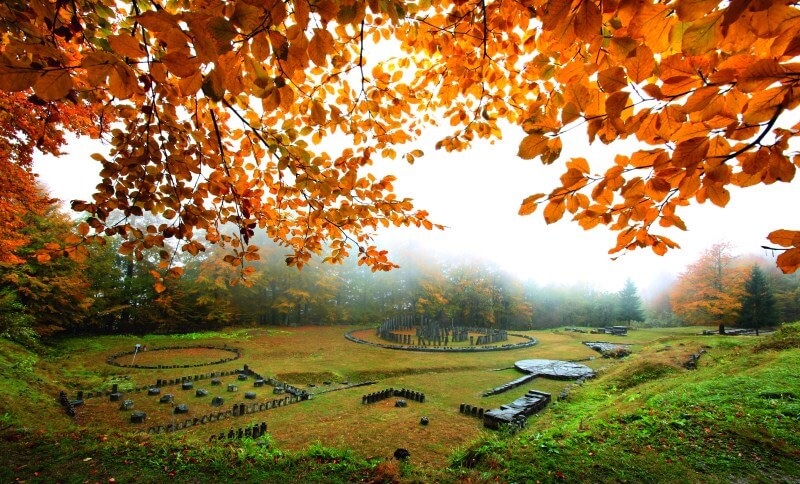 As a colony, Ulpia Traiana Augusta Dacica Sarmizegetusa had a privileged position, including “ius italicum”, a series of honorary rights and privileges that distinguished it from the other colonies on the territory of the great Roman Empire. It is a remarkable piece of history which should be on your top list of Romanian destinations.

Don’t forget to contact us to FIX your trip in Romania and in Eastern Europe! We have the knowledge, the local experience and an infinite passion to organise for you, your friends and/or your co-workers an experience to remember!