A borderland of European’s civilization, due to its unique position Romania has managed to keep its old traditions, legends and more important its wild nature.

Although it’s one of last untouched regions in Europe, when it comes to holidays in Romania most tourists don’t even consider to go on a wildlife tour and thus waste the opportunity to see some impressive native animals and birdlife in their natural habitats. 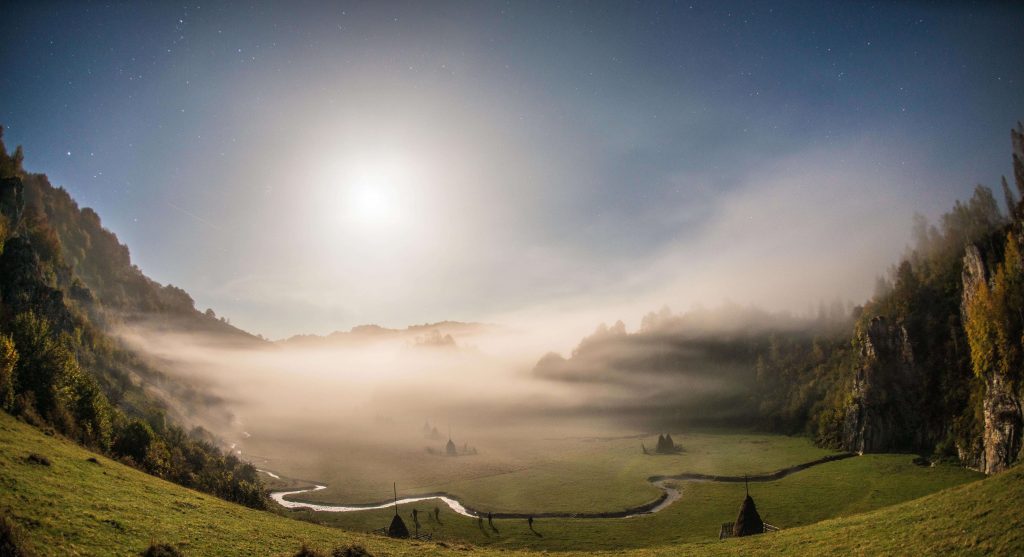 We invite you to join Fix Travel in one of our tailor-made wildlife tours and discover the last untouched region in Europe!

Any of our wildlife tours could take you to the Carpathian Mountains, a natural border for Transylvania, where the untamed forests hold over 50% of the last remaining big European carnivores and the largest brown bear population in Europe.

The estimations are that around 5,500 brown bears are roaming freely in the Carpathian forests and they can be observed from early spring until late Autumn. Due to their high number there are plenty of opportunities to see them in special wildlife observatories, at the outskirts of some Romanian mountain resorts and there are big chances to meet them while walking or camping in the Carpathian Mountains. 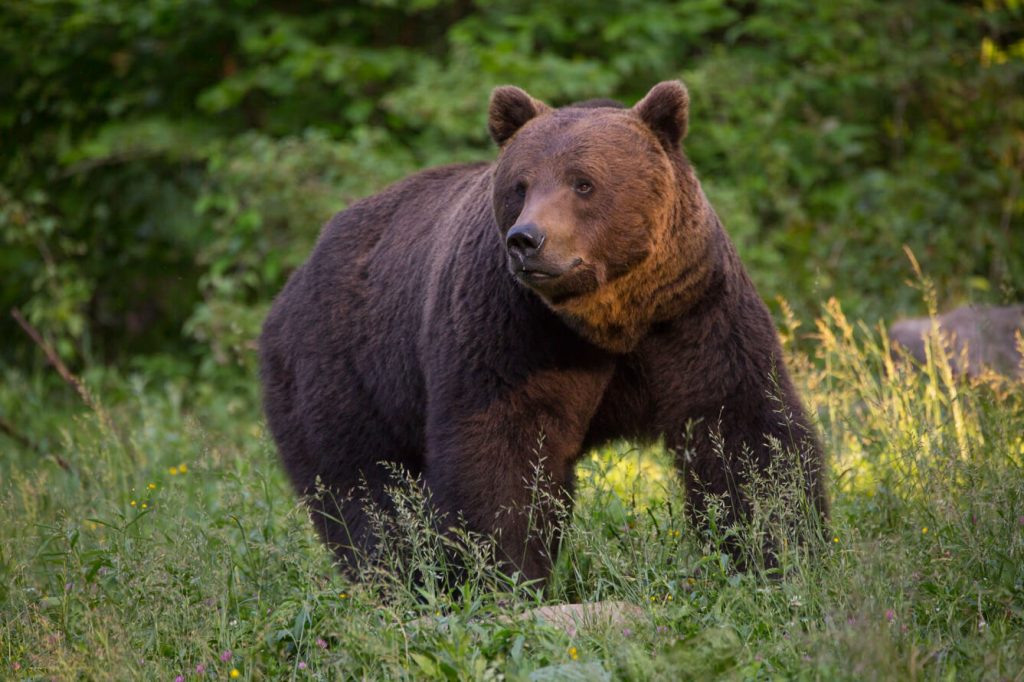 The big European cat, the lynx is very hard to see in real life, but there are certain areas where wildlife enthusiasts can track these beautiful animals. The lynx watching it is however for the most adventurous and patient tourists, with a good physical condition, as it requires to go further into the wilderness, where wild animals escape to avoid human interaction. 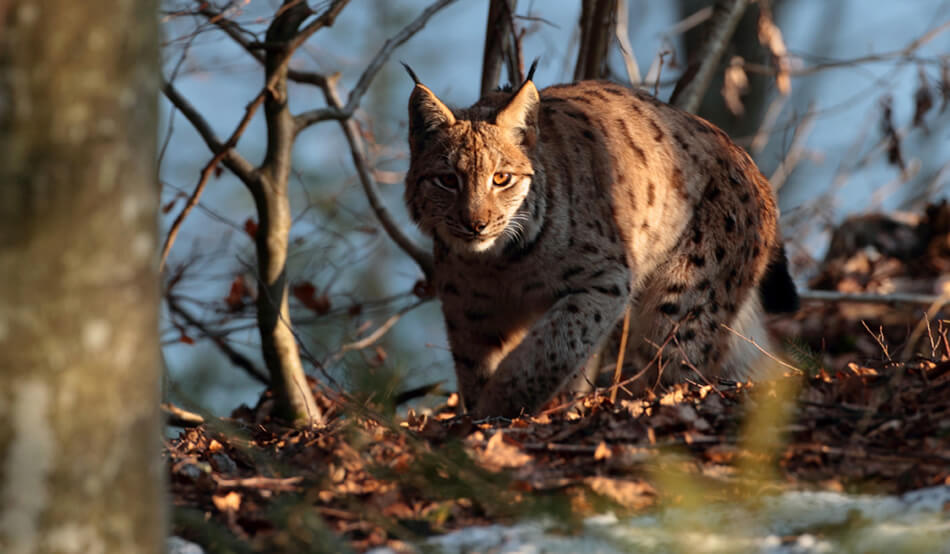 Wolf packs leave behind wolf trails. If you are lucky and very quiet there are a few wildlife observatories where wolves are spotted quite frequently and for the ones with a real passion for these legendary animals, their tracks can be explored deep in the forests with the help of wildlife specialists. 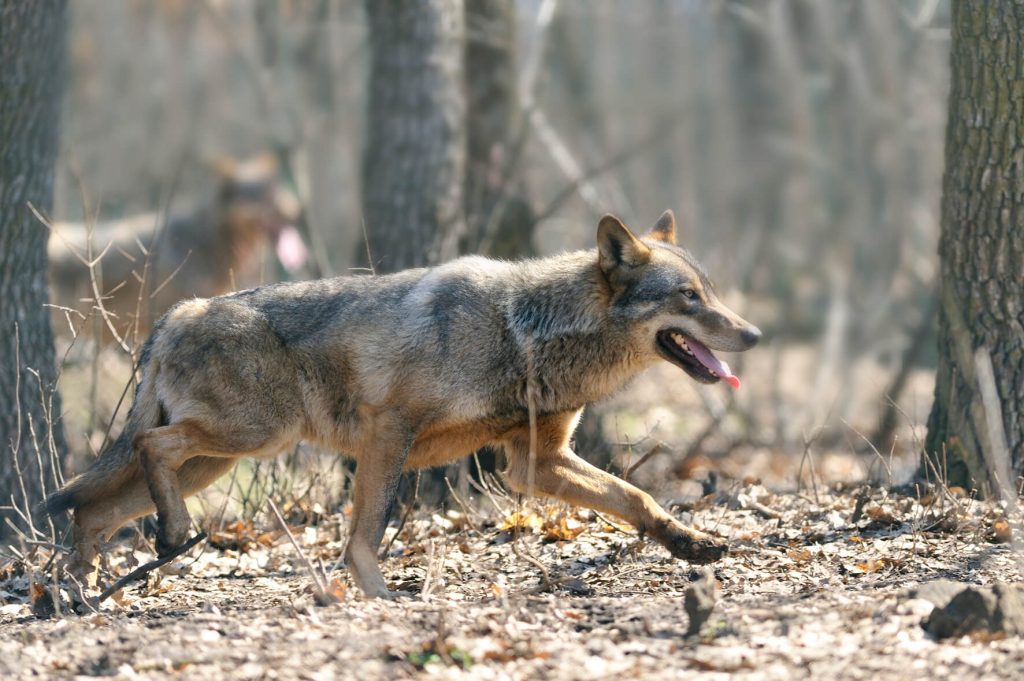 European Bison. Romania is hosting the biggest bison reintroduction in Europe. Every year a considerable number of bisons are released in several sites in Southern Carpathians. This year over 50 bisons are part of the natural ecosystem, living freely in the wild and an increasing number are still in reservations preparing to be released. 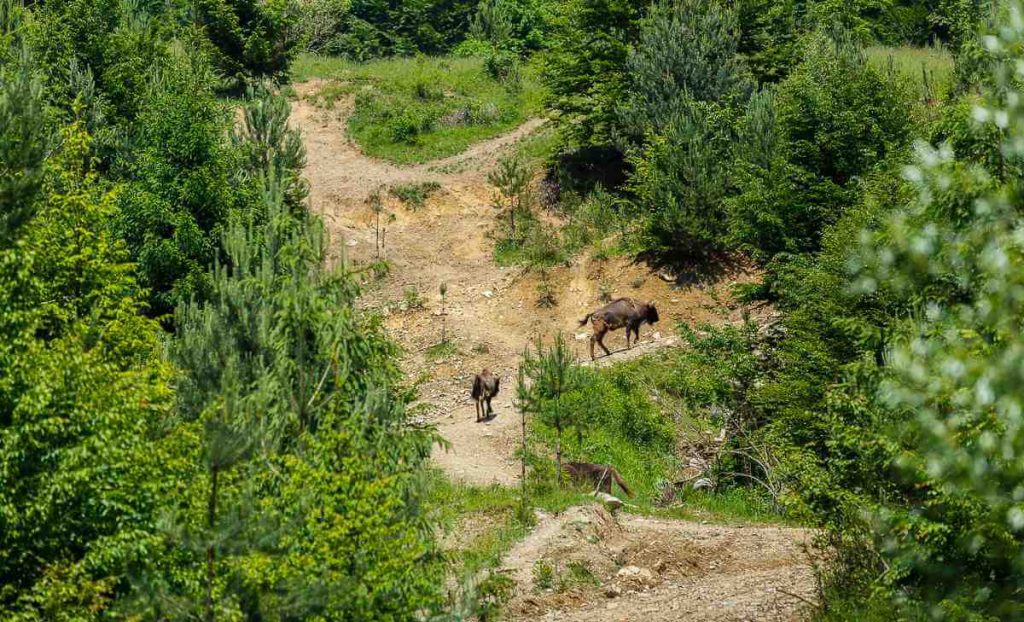 Chamois, Red stag, Roe Deer. Important numbers of chamois, red stag and roe deer can be admired in the Carpathians and these populations are known for its vigor due to the natural selection. While roebucks can be seen in many flat areas in the rural Romania, chamois observation is more difficult due to its preferences for heights. Breathtaking views and some hiking are included for the mountain lovers. 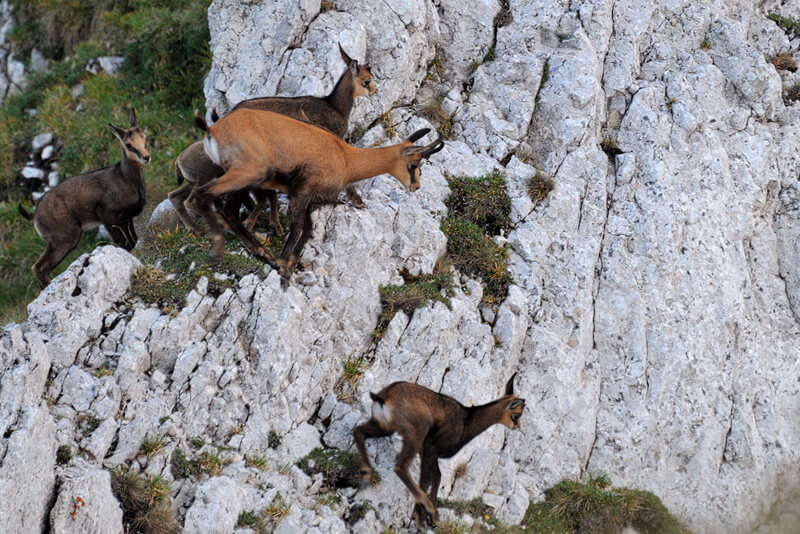 The wild boars and foxes can be seen anywhere as they are spread from the high mountain peaks up to the Danube Delta. Unfortunately, the Romanian wild boars are highly sought by trophy hunters who are going after the large wild boar males who are reaching over 300kg. 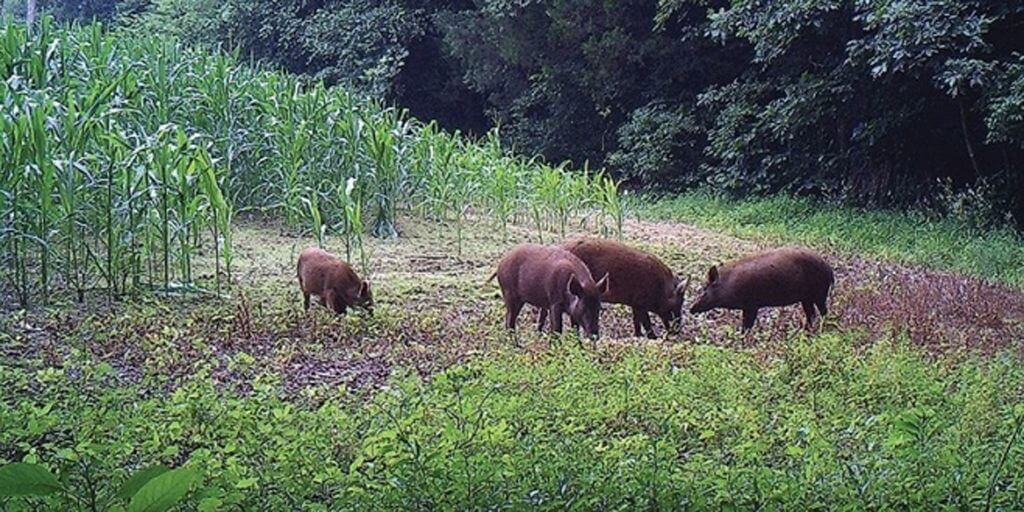 Birds. Few European countries can boast with the impressive number of bird species seen in Romania: 393. The Danube Delta is a real paradise for bird watching, as in a tour during the season you can see over 300 different bird species, depending on location and season. 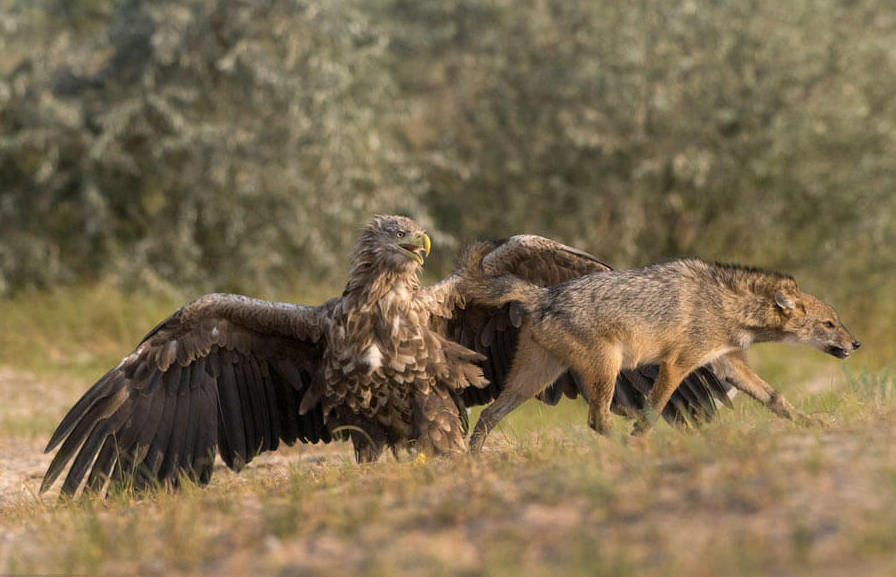 From the endangered white-headed duck to some of the rarest European, African and Middle East bird, some species can be still seen in the Danube Delta. Pack your binoculars and your camera and enjoy the incredible natural bird parade. 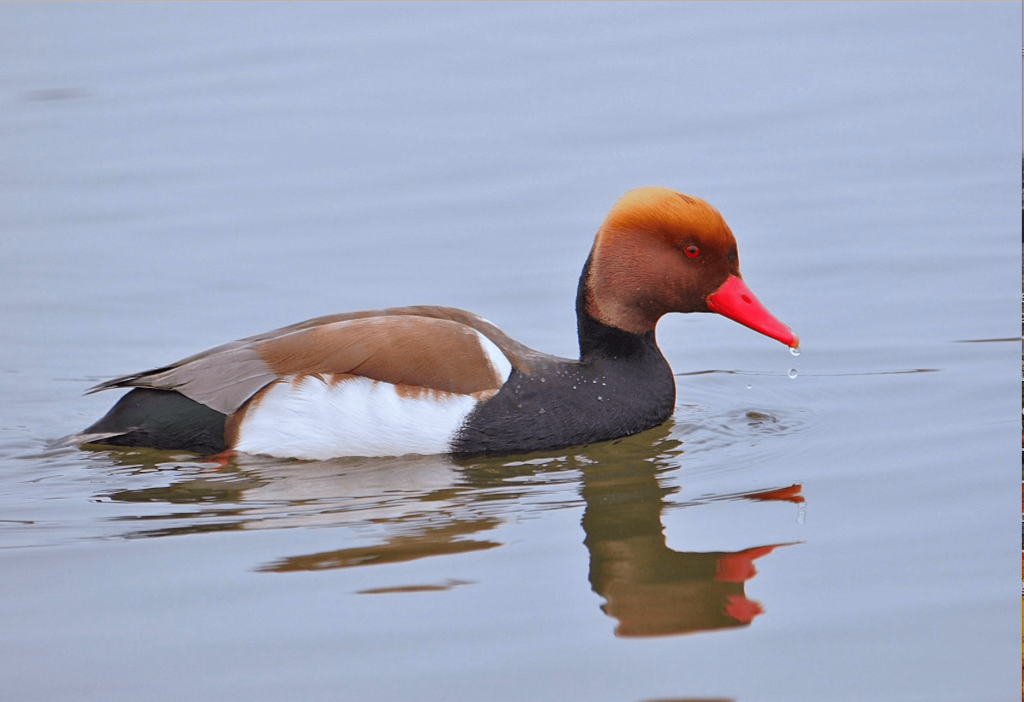 Always prepare for the unexpected! The reptiles, amphibians, butterflies, dragonflies, moths and wild flowers can be found everywhere as Romania is still a neglected wildlife destination, although its rich and good habitats for many species. There are still many areas virtually unexplored. 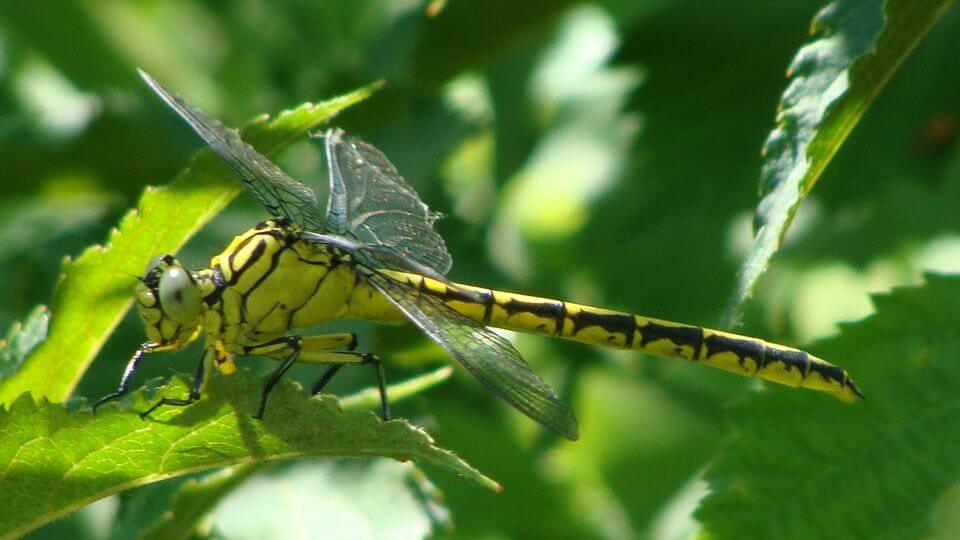 Our wildlife tours are tailor-made specifically to your interests, needs, desires and budget! Furthermore, we have wildlife trips that will give you the opportunity to live for a few days in total wilderness together with experienced and physically fit wildlife aficionados, as well as short wildlife tours suitable to anyone who wants to bring their contribution to Romanian wildlife conservations, including senior groups or small children.

Contact us and let us fix you a beautiful and inspiring wildlife trip in one of last wild corners of Europe!