Thinking about combining 2 or 3 trips in one? It’s never been easier to visit two destinations, as Bulgaria is so easily reachable from Romania by car, ferry or plane. A flight of 1h15 min from Bucharest to Sofia makes Bulgaria a perfect second destination of your Eastern Europe adventure. If you need a second reason, you should know that Bulgaria is the cheapest country in Europe, which will leave you enough pocket money for another European destination.

Bulgaria is connected to great-value skiing, sunny beaches and beautiful monasteries, with several dramatic mountain ranges, superb seaside, a great number of historic towns and a web of working villages with traditions straight out of the nineteenth century. Bulgaria has so many attractions crammed into a relatively compact country.

Allow us to introduce you to the reasons Bulgaria really should be on your holiday list: 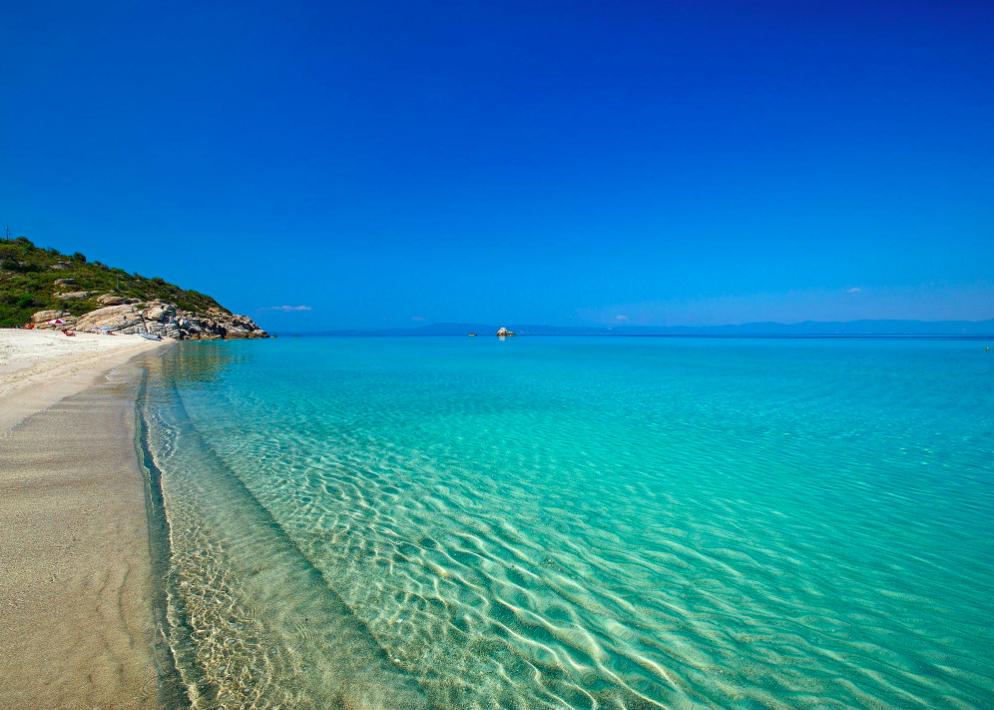 If you’re travelling during the hot season, it would be a pity to miss Bulgaria’s famous coastline. Bulgaria attracts many tourists from Eastern and Western Europe due to its long stretches of fine sandy beaches, dotted with affordable and nice hotels, historical sites and traditional fishing villages.

The Old City of Sozopol 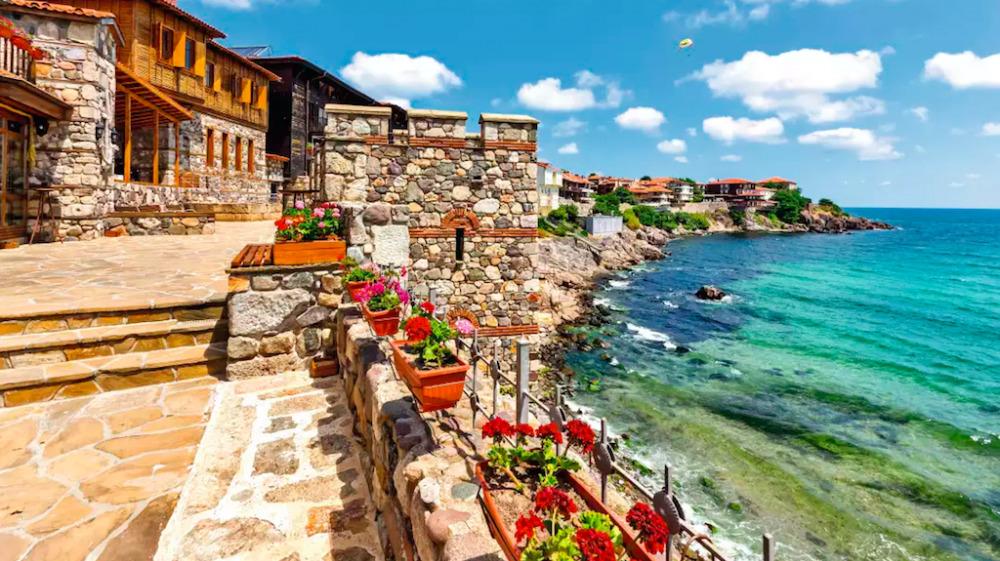 Sozopol is one of the oldest towns on the Black Sea coastline, a famous Bulgarian fishermmen’s village and also a seaside resorts. Moreover, Sozopol is a historical site, known in 6th century BC as Apollonia. The Greek colonist built here a temple dedicated to Apollo. Although it has a rich history, Sozopol is small enough for a casual stroll. The Old Town still preserve the traditional wooden houses. Sunbathing at any time on the rocks located along the shore is a must! 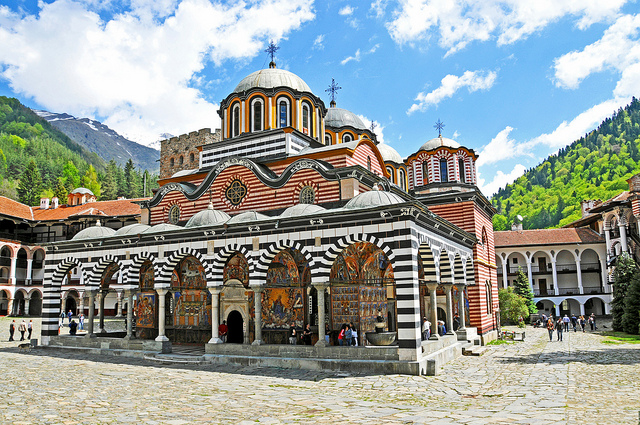 Rila Monastery is the center of Bulgarian Ortodoxy, a pitoresque sanctum located only two hours South of Sofia and a hotspot for religious tourism, a pilgrimage attraction. The monastery took its name from St.Ivan of Rilski, who lived in a cave nearby, at the entrance of the green forests of Rila Mountains. It has a long history as during the centuries the monastery has been built, burnt, and rebuilt several times. The latest construction dates in the 1800s and it has created a perfect harmonious architecture, with graceful arches in bold stripes of black and white set under a row of sculpted gargoyles, tiled roofs, and five domes reaching towards the sky. This place is an oasis of serenity, perfect for any kind of visitors. 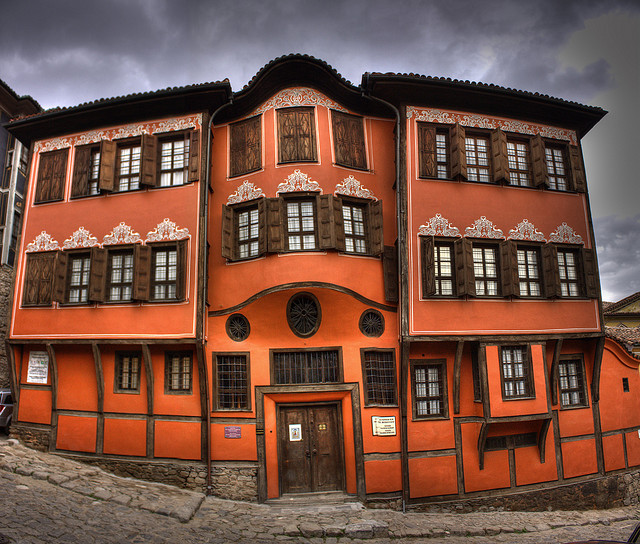 The second largest city in Bulgaria, Plovdiv hides on a hill its old town. With an ancient history, built over 6,000 years ago, the city construction was developedon seven hills, although some of them were destroyed at the beginning on the 20th century. The Old Town perfectly preserves historical structures from different eras and it hosts a remarkably well-preserved Roman amphitheater. The Bulgarian Renaissance architectural style is at its peak on the beautiful hills of Plovdiv, with old colourful houses displaying the National Revival’s unique exterior characteristics on every corner. Plus, many galleries and house museums are open for visit while walking up the hill.

The Fortess of Belogradchik 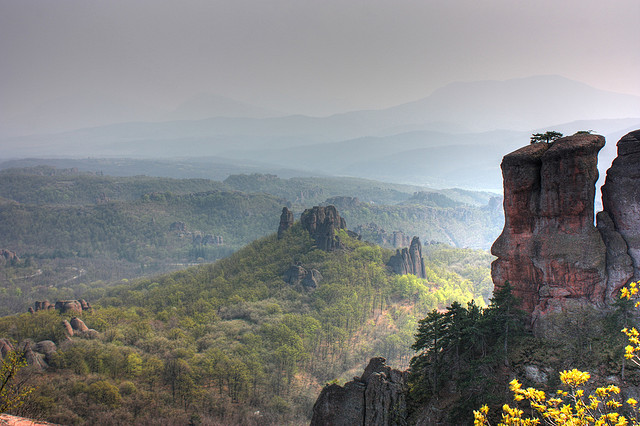 The fortess of Belogradchik, Bulgaria

Imagine a fortress made by men set against a stunning outcrop of rocks, a real Disney fairytale, who is surrounding by beautiful conutryside. Bulgarian named the Belogradchik Rocks their selected candidate to run for the one of the New Seven Wonders of Nature, because in Belogradchik you can enjoy a stunning arrangement of strange-shaped sandstone and conglomerate rock formations. 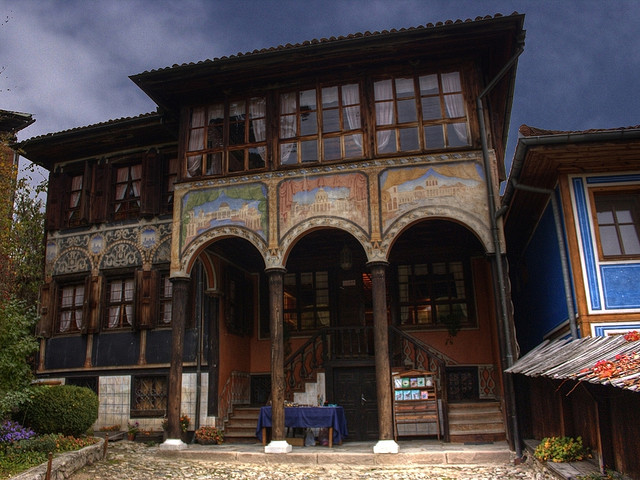 The old village of Koprivshtitsa is another piece of living history. Its narrow alleyways, its colorful houses, representatives of Bulgarian National Revival architecture of the 19th century will take you back in time, when Bulgarians valiantly fought against their oppressive Ottoman rulers. In these houses, the local patriots plotted their rebellion leading up to the first shot being fired in the ultimately unsuccessful April Uprising. You can find out more by visiting the memorials and museum houses. A trip of only 2 hours East of Sofia make Koprivshtitsa a great destination to enjoy Bulgarian culture, beauty and history. 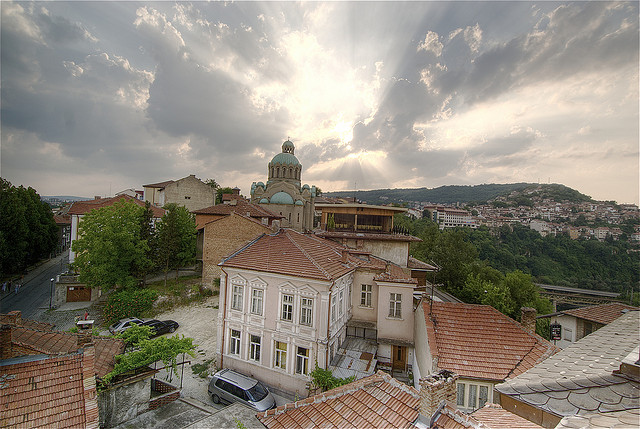 Veliko Tarnovo, the city of Tsars, was the capital of the Second Bulgarian Empire. Located in the central Bulgaria it is a very sought after tourist destination due to its beautiful old town hooted in a hill, the reconstructed Tsaravets medieval fortress, the home of Bulgarian tsars until their defeat by the Ottomans in the 14th century, the cosy restaurants and the scenic hill-views. 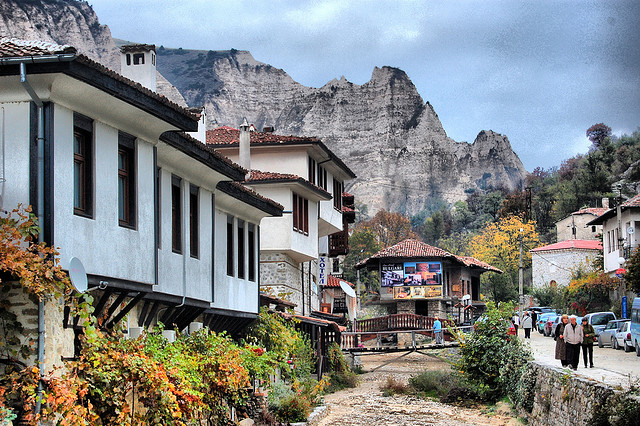 It might be the smallest city, but Melnik is the biggest centre of the Bulgarian wine making industry, as it’s the home of of the best wineries in the country. Easy to stroll around, you can enjoy its exquisite riche red wines wines at the local taverns and spoil your tastes with home-made Bulgarian dishes. After this feast, the Melnik Rocks and the Rozhen Monastery are waiting to be discovered. 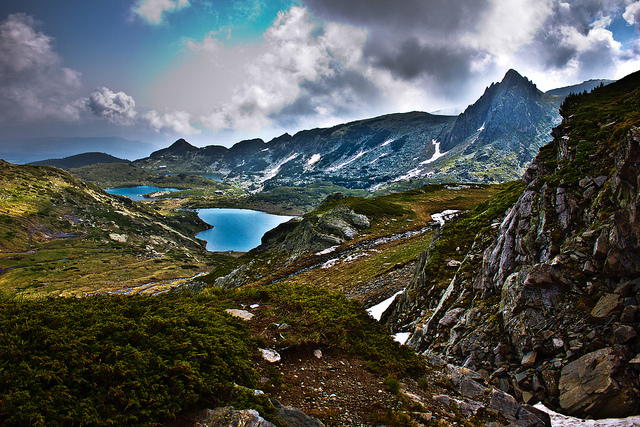 Bulgaria is also famous for its Seven glacial Lakes located high in the Rila Mountains. Due to the not so easy access, the best time to visit them is the summer months, as even in June you night find the lakes frozen and deep snowdrifts. The seven lakes are located one above the other in a mountain valley, interconnected by streams and waterfalls. There is a ski lift which shortens the distance up the steep mountainside. There are also plenty of legends that surrounds this unique place, as it is said that the lakes were formed by the tears of a female giant, crying for her beloved. 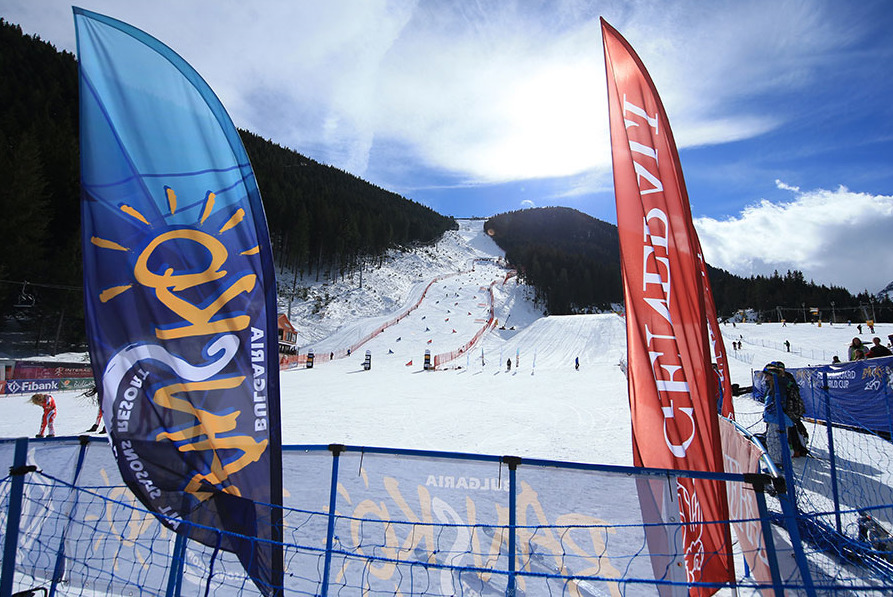 Unlimited Ski and Fun – Bansko is the most modern ski resort in Bulgaria. The town of Bansko is situated in the north-eastern part of the Pirin foot, 160 km from the capital Sofia. The resort offers excellent skiing facilities combined with the unique architecture of the city, Bansko has turned into one of the favorite ski and snowboard destinations from Bulgaria.

Many of these attractions can be seen on a 48-72 hours getaway trip and combined with other amazing destinations in Romania, especially if you’re planning to see the best of Eastern Europe, at great prices. Contact us today to fix your big trip or incentive group!