Transylvania’s villages, the rural authentic Transylvania has become one of the most important tourist attractions of Romania. Ironically, while searching for Dracula or Vlad the Impaler, people found another realm: the profound, ancestral, unaltered Transylvania. They have discovered its customs, culture, history, and geography. Europeans, Americans, Japanese, Australians, and many others have fallen in love with Transylvania, looking a way out from stress, pollution, fast food, and the side effects of urbanization.

In Transylvania there are about 300 settlements in which the Saxons live together with Romanians, Hungarians and other ethnicities. The region of Transylvania is one of the places in Romania where traditionalism is considered a lifestyle. Medieval architecture and rural scenery make Transylvania a beautiful and romantic province.

Besides the famous Saxon villages with their fortified churches included in the UNESCO World Heritage list, specific to the German minorities in the Sibiu area and northwest Transylvania, several other villages deserve the attention of the travelers passing through the Romanian countryside, where you can rediscover the village life or get in touch with the local people’s simple lifestyle.

Viscri. It is certainly one of the most beautiful and probably the most famous Saxon village in Transylvania, which benefited from the promotion of HRH Prince of Wales.

Here you can visit one of the most spectacular and old Saxon fortified churches, included in UNESCO’s patrimony. It dates back to 1225, and it still preserves the initial fortified enclosure with an irregular shape. The entrance is still used as a meeting place for the Saxons staying in the village.

Many households provide traditional products such as syrups, jams, honey or other souvenir items made in the same way for centuries. The village has about 1,000 inhabitants and the community was reborn after HRH Prince of Wales visited the village, bought a house here and helped the restoration process of the village through various local organizations.

HRH Prince of Wales owns many houses in different Romanian villages, but in Viscri was his first. The home is a UNESCO’s objective, which has been restored preserving the traditional Saxon architecture and nowadays it is a guest house. 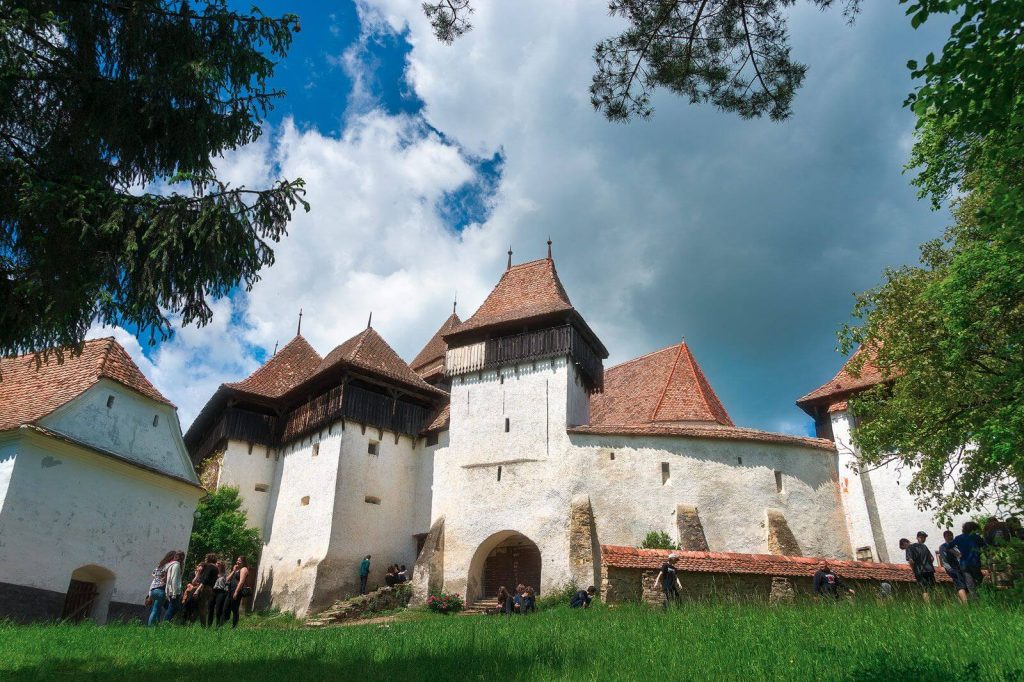 Viscri’s surroundings are amazing so you can rent a bicycle from one of the guesthouses in the village and start an adventure on the gentle hills. The Transylvania bike route crosses nine villages, even the town of Sighisoara, and most of the route passes through the untamed Transylvanian forests. 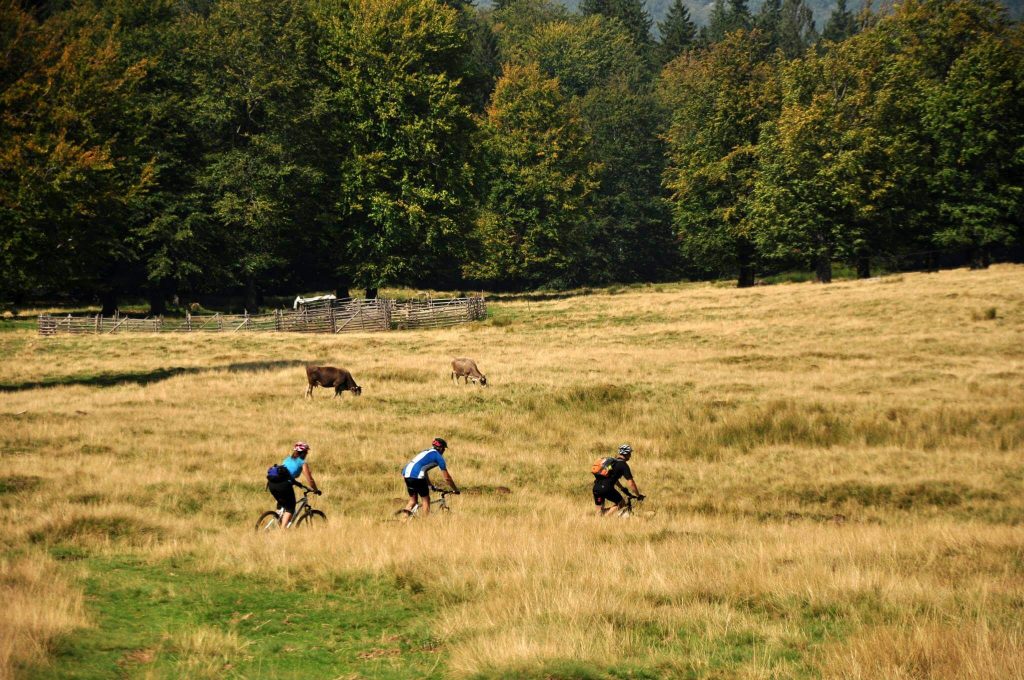 Rimetea Alba. Undoubtedly one of the most beautiful villages in Romania, with lots of attractions, both natural and man-made. The ruins of a medieval fortress, the only one in Transylvania that could stand in the 13th century against the Tatars’ attacks, can still be seen on the “Stone of the Szekler”. There are two more fortresses near this village: one at about 3 km from it, which can be visited after a difficult hike, as it is located on an unconquerable cliff and the Trascau fortress, built at the end of the 13th century and abandoned after 1703.

The village is famous for its white houses, with strong Szekler and Saxon influences. The oldest house in the village, belonging to a miner, was built in 1668. Moreover, since 1996, 130 traditional houses were renovated in order to preserve their appearance. The oldest functional mill in the region, more than two centuries old, can be visited in Rîmetea. Also here can be seen the family tombs dug in rock, unique in Romania. 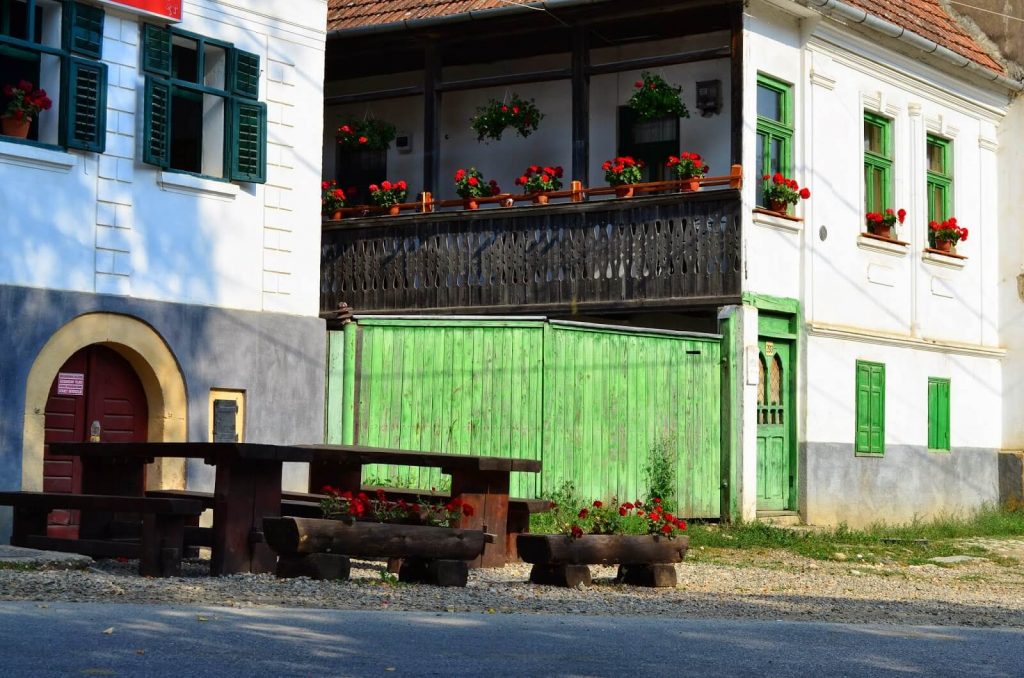 Rimetea village is an excellent starting point for the Vălişoarei gorges, where no less than 27 caves can be visited. Nearby there are another two beautiful gorges: the Plaii Gorge and the Silos Gorge. Paragliding enthusiasts will find in Rimeta the perfect conditions for practicing this sport.

Biertan. Biertan is a Transylvanian village with a fascinating history, that hosts a superb medieval architectural complex, consisting of a late Gothic church built between 1490 and 1520, and a fortification belt. 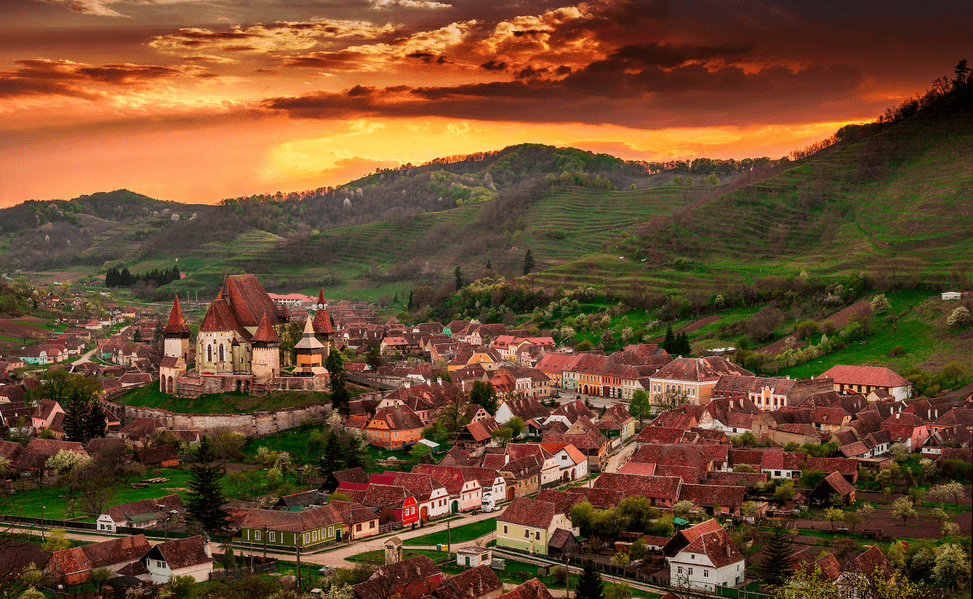 In 1397, Biertan was certified as “oppidum” (fortress) and in 1402 the fortified church was built. Over time, Biertan obtained the right to hold a weekly fair on Saturdays, so the area began to experience great economic development. From 1572 to 1856, Biertan was the seat of the Saxon Epsicopter, therefore one of the most important fortresses in Transylvania was built here, around the fortified church. Biertan Fortress entered UNESCO’s patrimony in 1993. 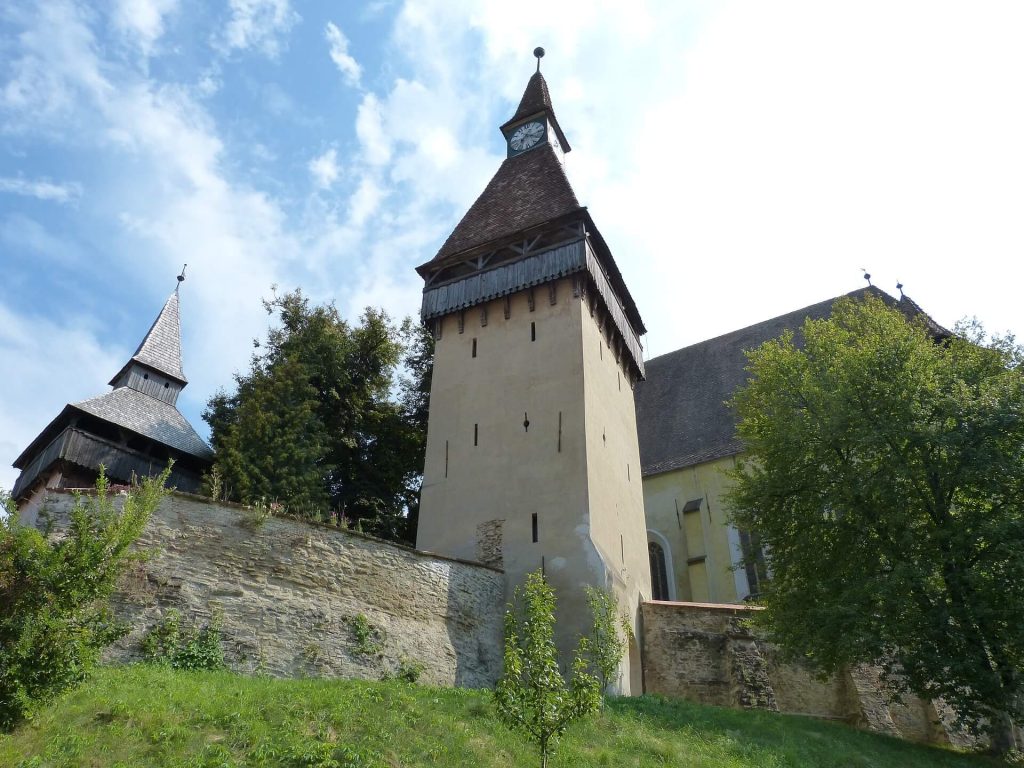 The village of Biertan, certified as early as 1283, comprises the peasant fortress on a hill in the center of the village, with 3 enclosures, 6 towers, 3 defensive bastions, and a late Gothic church. The village had an impressive urban planning, with the houses arranged in rows around a central square, but also through the picturesque area, dominated by quietness, in a village that seems lost between the valleys and the hills of the Transylvanian plateau.

Cârţişoara. It is a superb Transylvanian village located at the foot of the Fagaras Mountains, and the starting point on Transfăgărăşan, the most beautiful road in the word according to Top Gear.

This is the hometown of a famous Romanian peasant, Badea Cârţan. This peasant fought for the independence of the Romanians in Transylvania, distributing clandestine Romanian books in the villages of this region. he became famous after he traveled to Rome to see the Emperor Trajan’s Column. In 1877, he volunteered to join the army to fight the war of independence. 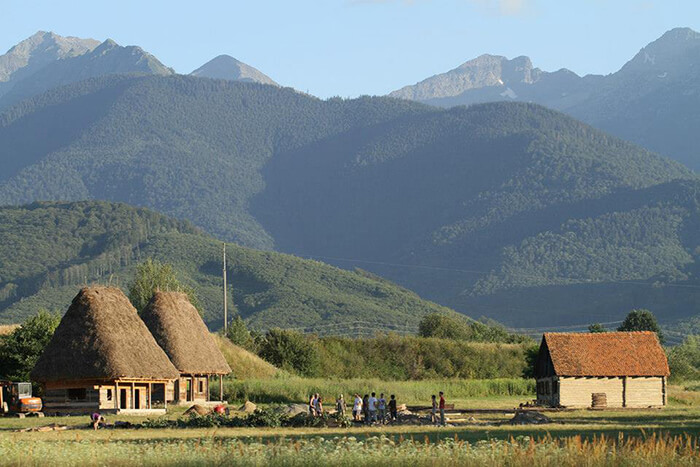 While visiting Cartisoara, do not miss the village museum, built in 1968, which also has a room designated to Badea Cârţan. The museum, in addition to the books and photos with Badea Cârţan, presents a peasant farm from the middle of the nineteenth century with specific furniture of the area, a collection of icons, old photographs with the traditional clothing, ceramics, dowry boxes, etc. In this village, there are two Orthodox churches built in 1806 and 1818.

Şirnea. At the foot of the Piatra Craiului mountains, travelers will find a fairytale village. In 1960 it was declared the first tourist village in Romania, and there is held, every year, in the autumn, the Fire of Sumedru (the protector of crops and hunters). 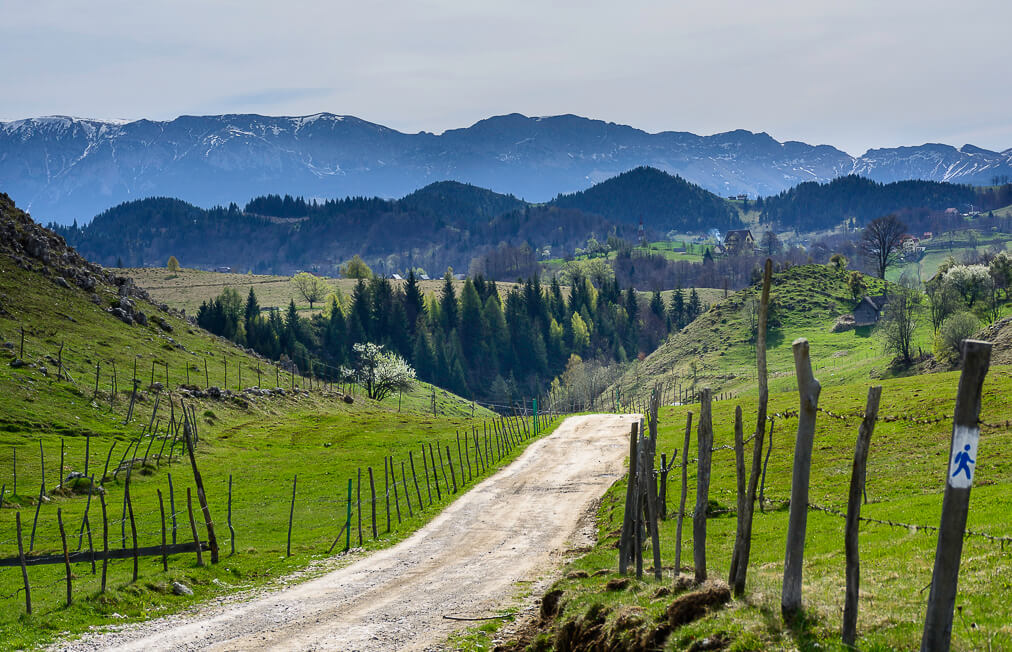 The natural surroundings are breathtaking and there is no better village to admire the wild beauty of the Carpathian mountains than Sirnea. It is a great destination itself and the perfect starting point for Piatra Craiului National Park, Zărneşti Gorge, Moieciu Gorge, Dâmbovicioara Cave, and Dâmbovicioara Gorge, the Pecineagu Dam or Vidraru Lake.

Sambata de Sus is a special village for the authentic Romanian architecture, with two important edifices built in Brâncoveanu style. One of them is a church was built between 1696 and 1707 by Constantin Brancoveanu, destroyed in time and rebuilt in 1926, by King Michael I. Interestingly, in the early years of communism, the portrait of King Michael I from the entrance to the church was covered with lime. 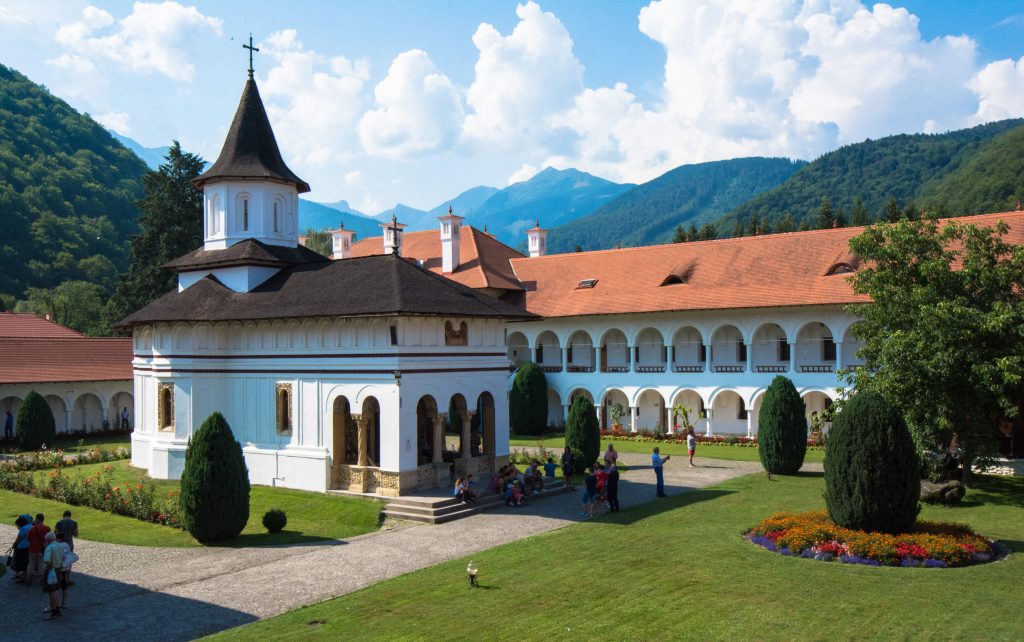 The Brâncoveanu Castle, built by the princes’ grandchildren is another building in Brancoveanu style which used as a fortress in case of a Turkish attack. In the nearby village, Sâmbăta de Jos, you can also visit a huge herd of Lipizzan horses.

Taga is one of the oldest settlements in Romania. Ancient Dacian evidence was found, the village area being inhabited for thousands of years. In Taga, you will better understand the harmonious coexistence of Transylvanian peasants with nature. This beautiful village is also famous for its lakes (Taga-Geaca protected zone) and the Wass Castle whose construction started in the Middle Ages. The Museum of History and Archeology and Wass Castle respecting the Transylvanian Baroque style are two historical and architectural monuments. 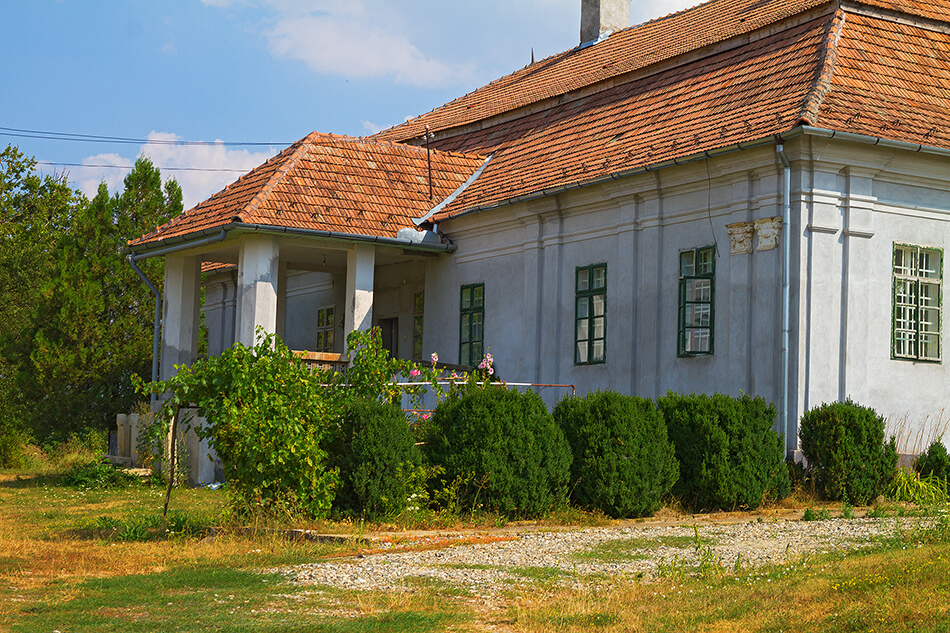 Taga village is an ideal destination for recreation and hiking, its amazing natural surrounding and its lakes: Taga Mare, Taga Mica, Nasal and Sântejude-Vale.

Prejmer is another Saxon village which deserves to be listed on a top of most beautiful villages in Transylvania. Specialists say that there can be seen the best preserved and the strongest medieval church in Eastern Europe. The famous Michelin guide gave it three stars because it is the largest and most imposing fortified church in this area of Europe. In 1999 she was included on the UNESCO World Heritage List. 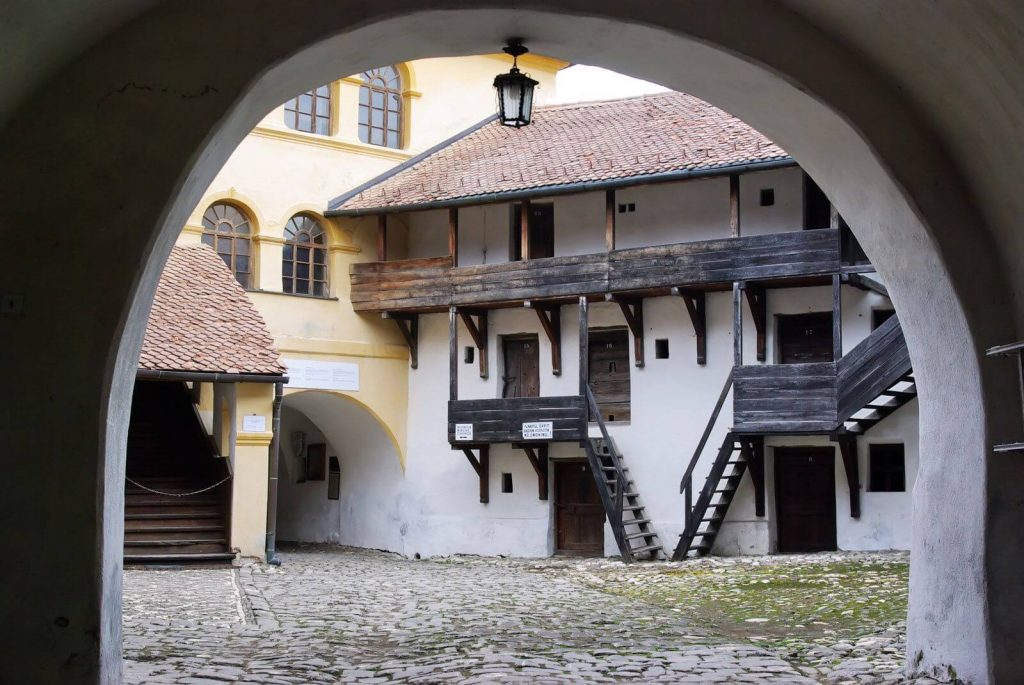 The fortification was raised at the command of King Sigismund of Luxembourg. Prejmer village was the first in the way of the Turks who came through Buzau pass, so it was decided to raise a fortress surrounded by a wide ditch, with strong and high walls. The fortress became famous for an unusual fighting weapon – the “Death Organ”. It was actually an assembly of weapons that were seated altogether which caused great damage to those attacking the city.

Saschiz is a village located in Mures county and it impresses visitors with its beautiful Saxon houses and a fortified church built in honor of King I of Hungary. Built of stone in the Gothic architectural style, the church was later reinforced with 22 assaults. 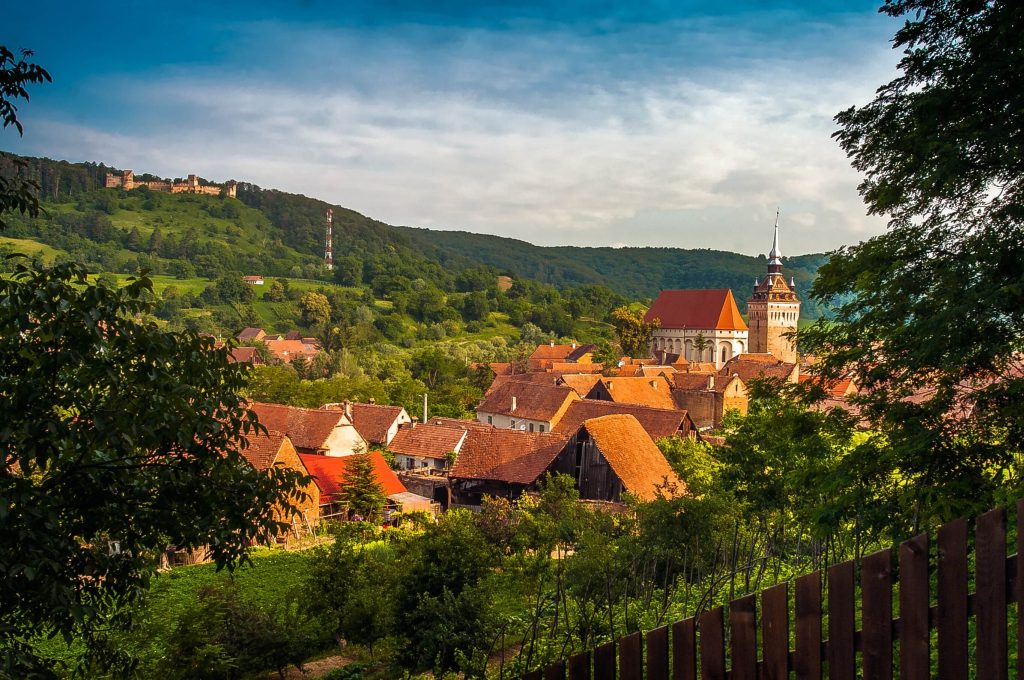 On the hillside stands a peasant fortress, which seems to date back to 1343. In the 14th century, Saschiz competed with Sighisoara for the most beautiful settlement inhabited by Saxons.

We could not end this article without mentioning two beautiful villages in the North of Transylvania, Maramures.

Preluca Noua, has over 100 houses and 15 cemeteries. Here you can find old, adobe houses with straw roofs. It is also famous thanks to the traditional cheese products that are made here. If a local invites you in his home, please accept the invitation as the peasants living here are some of the most hospitable Romanians you will ever meet. 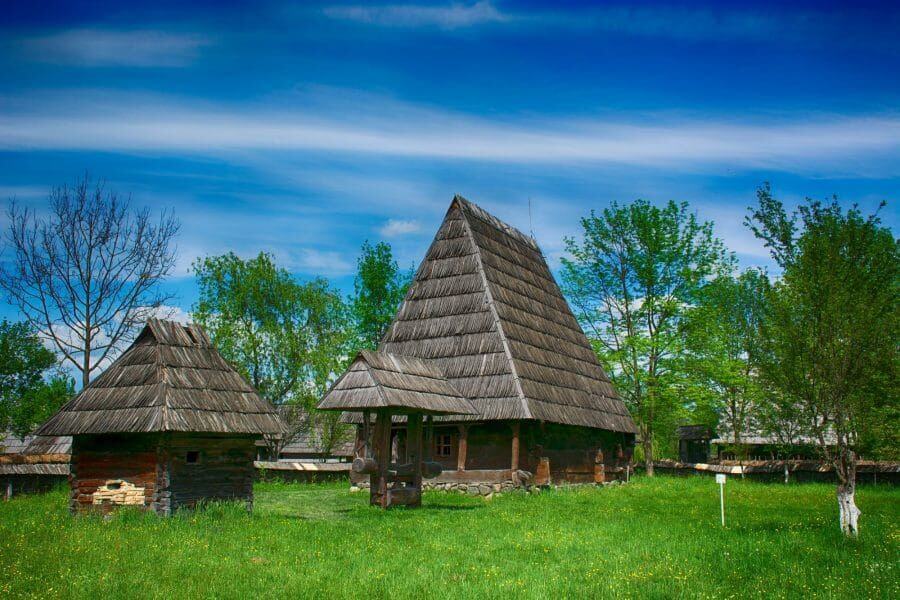 Another village in Maramures which doesn’t need too many words of presentation is Breb. It became worldwide famous after HRH Prince of Wales made a visit here and bought a couple of old traditional houses. The village is documented under the current Breb name since 1715, but it was mentioned since 1360, as Villa Olahalis or Hodpataka, which would be translated as “the village of the brook with beavers”. This village excels in the traditions’ preservation, the popular clothing, architecture and the same way of simple life. 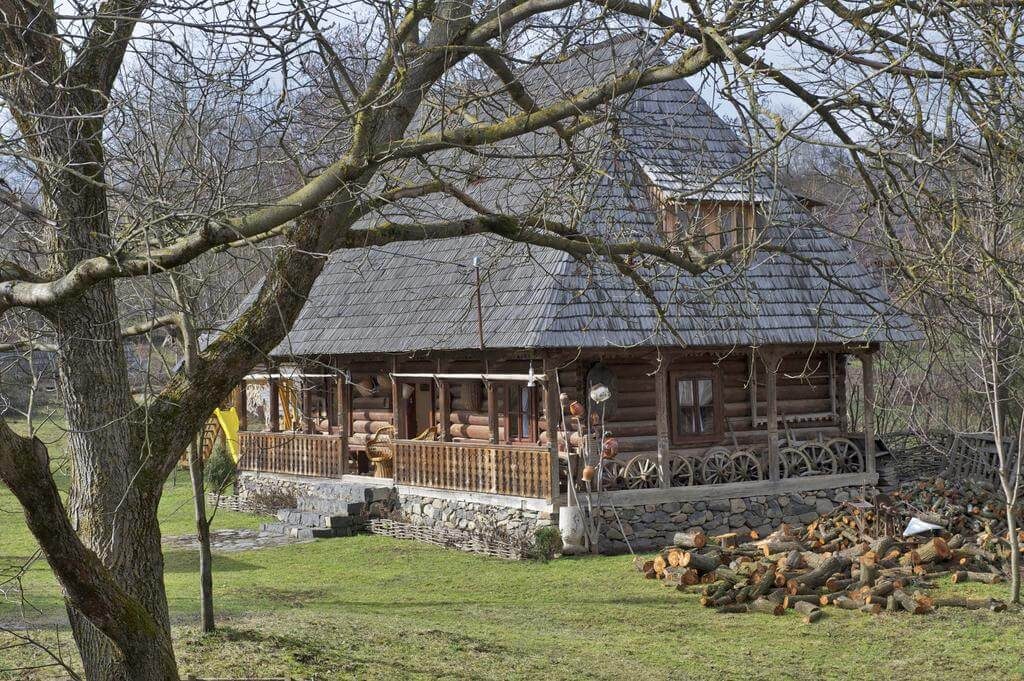 Although modernism has reached all these villages, the tradition will never be forgotten in the Romanian countryside and even in the cities, as Romanians believe that preserving tradition is the only way to keep intact their identity.

The classical virtues, the morality kept and transmitted in time with the help of popular teachings passed from one generation to the other are the ones which kept the community together. Last, but not least, the Romanian traditions are the main reasons which maintained the beautiful authenticity of the Romanian countryside, for which visitors from all around the world fall in love with.

Discover authentic rural Romania with the help of our team! As a Romanian destination management company, we are always ready to unveil the best of any region, city or village.

We are experts in creating a personalized experience combining different places and activities, gastronomy with history and culture, everything you need and more than you can imagine for a group tour, team building or any kind of private or corporate event. Contact us today and allow us to present you the magic of Romania’s countryside!

Bucharest or where to party in Eastern Europe