Timisoara is one of the oldest cities in Romania, a cultural center and bridge between Romania and the Western countries. Located at 2 hours drive distance from Belgrade and 3 hours drive from Budapest, Timisoara is a great destination, as part of an Eastern Europe Tour or a dedicated visit. Plus, from Timisoara Airport there are direct flights to some 15 major European cities.

Also known as the Little Wien or the city of Parks, Timisoara is the capital of Western Romania and the next European Capital of Culture in 2021.

Furthermore, Timisoara maintains its rapid pace of development, considered by Forbes and the European Business Assembly in Oxford, UK, as the most dynamic and most favorable city for business development. In addition, according to the World Bank report, it is the city with the highest economic growth in the entire European Union.

With such an impressive resume, no wonder that Timisoara is an important business destination for its business opportunities, but also a preferred tourist attraction for its rich history and cultural heritage.

Our corporate and group travel experts present you Timisoara, an elegant big city, which treats its tourists with the utmost care and consideration. We believe that Timisoara needs to be on any destination management company’s list, as it covers a wide variety of different needs and purposes, it can host any type of event, accommodating large groups of people with so many different preferences. Imagine a big cosmopolite city with the calm of a peaceful resort and the elegance of a chic lady and maybe you will be able to imagine Timisoara.

Timisoara has a rich and long history that begins with ancient human settlements on the current city’s hearth, and afterward with the appearance of the first fortified fortress, around the 12th century. The fortress had various rulers which have deeply marked the course of its development. It began to develop under the Hungarian rule of Carol Robert of Anjou in the 13th century, becoming for a short time also the capital of the Hungarian Kingdom. The fortress was conquered by the Ottomans in 1552, and for almost two centuries it was an important Turkish military center. In 1716, the history of Timisoara took a strong turn, when the fortress was conquered by the Habsburg Empire which started the reconstruction and development of the city as the capital of Banat, the historical region of Western Romania. 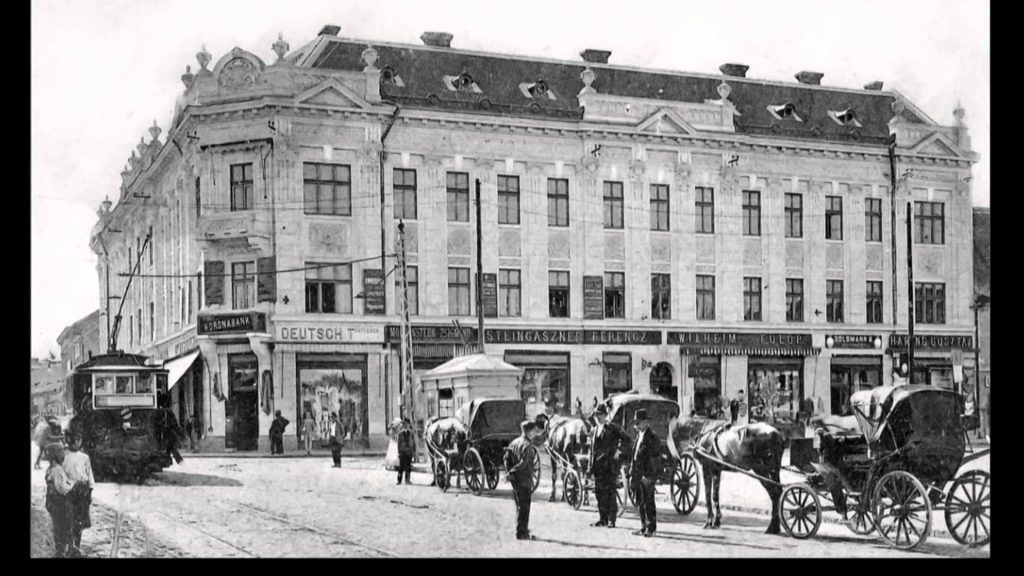 The colonization of Banat made Timisoara a true multicultural center. The construction of the Bega Canal has boosted its economic development and of course, the trade. The city has experienced an unprecedented thriving period, earning the name of the “Little Vien”, as recognition of its importance and beauty. In 1918 the Banat became a part of the new state of Romania. Soviet post-war occupation marks the beginning of the communist period, a period that ended in 1989 with the anti-Communist Revolution: a revolution that started in this beautiful town.

But this city can boast with its innovative spirit: it is the first city of the Habsburg monarchy with gas-lit streets, the first city on the European continent with electrically lit streets and it had the first electric tram in Romania. The first Romanian newspaper was printed here as well as the first German newspaper in Southeastern Europe. Most importantly, Timisoara had its first certified beer factory in Romania. The list can go on, as due to its privileged geographical position, Timisoara was always one step ahead from the rest of the country.

Timisoara is the first logistics and industrial market that has emerged after the fall of Communism. It is strongly represented by companies active in automotive and electronics components manufacturing as well as general goods. One of the biggest advantages is the city’s long tradition in engineering. The Engineering University has been established for well over 100 years, which has facilitated the access of industrial companies to a well-qualified workforce. Furthermore, in recent years, the IT&Outsourcing sector has been on the rise, making Timisoara the most important regional pole in Western Romania. 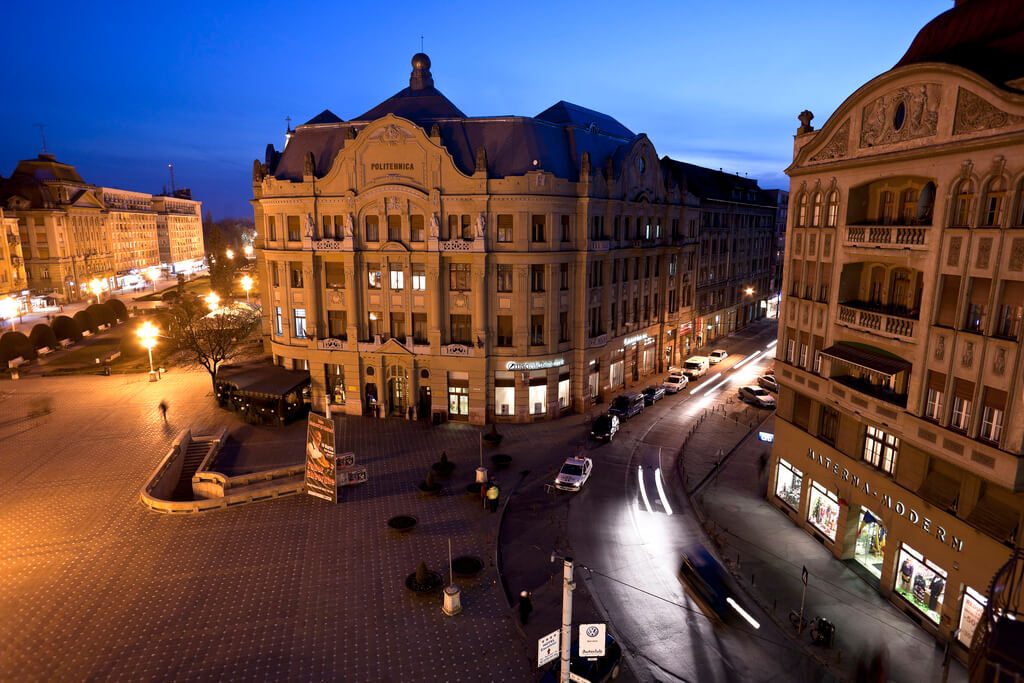 However, Timisoara is visited by thousands of Romanian and foreign tourists for many other reasons. The city on Bega river is a multicultural one, influenced by various ethnic communities, especially German, Hungarian and Serbian, but also Bulgarian, Italian and Greek. The cultural heritage and the diversity of the cultural offer are the city’s strongest points. With over 12 professional cultural institutions, Timisoara is, after Bucharest and Iasi, the third cultural pole in Romania in terms of the size and diversity of the cultural offer.

The theatre is Timisoara has a long history and tradition; there are three state theatres (the first ones established in this form in Europe): the National Theater, the German Theater, and the Hungarian Theater, performing in Romanian, German and Hungarian. These three institutions share the same symbol building with the Romanian Opera. 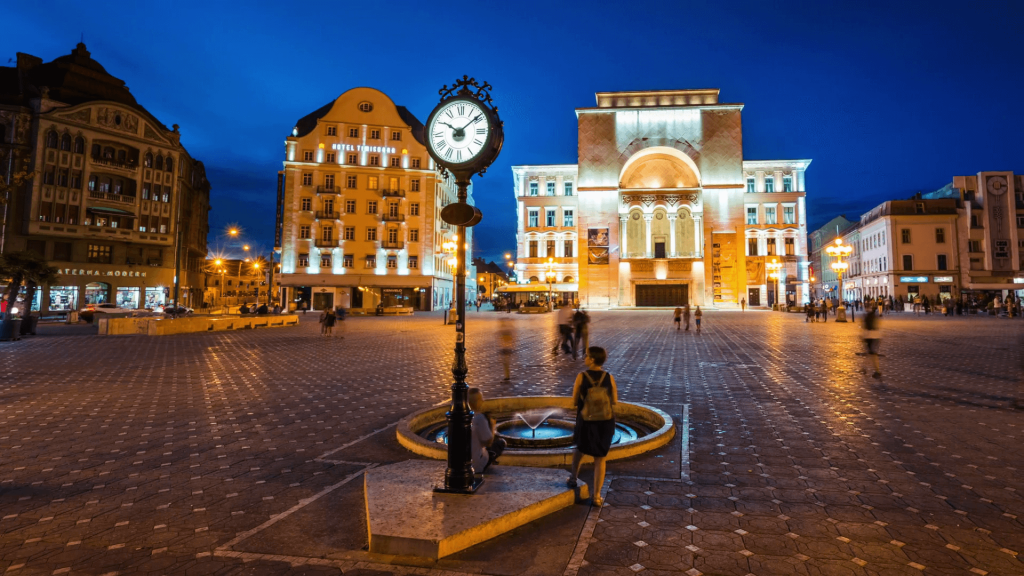 Timisoara also owns the largest collection of historical buildings in Romania, consisting of urban assemblies of the Cetate, Iosefin and Fabric district. Prepare your camera as you will be able to admire buildings and ensembles in the Baroque, Art Nouveau, Art Deco, Neoclassical, Neo-Renaissance, Neo-Gothic, Neo-Romanian, Neo-Byzantine and Moldovian styles, as well as the architectural charm of pompous eclectic style. 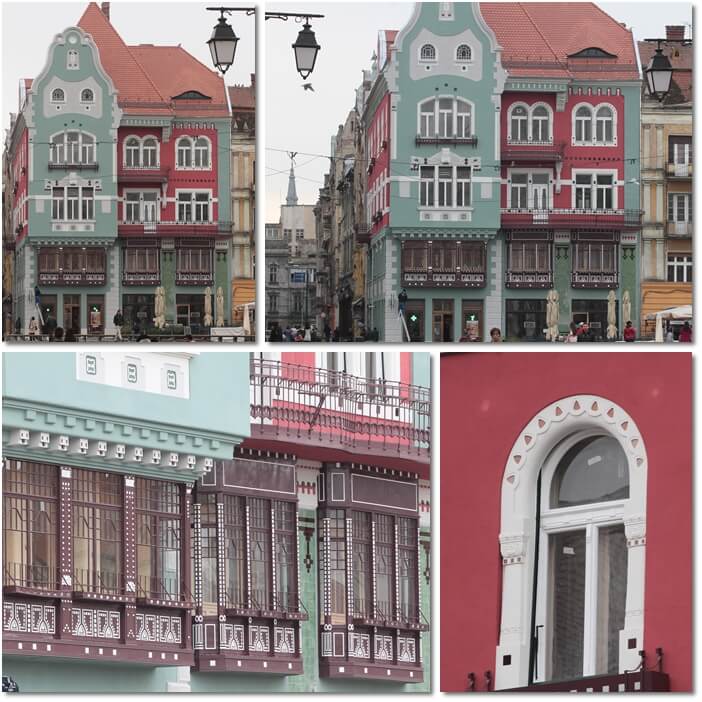 Plus, not many towns have an array of gorgeous historic squares as you will find in Timisoara. Starting from Victoria Square, which took its name after the events of 1989, you will pass through the oldest city square, Liberty square, which had a predominantly military role, and finally, you will discover one of the most beautiful Baroque squares in South-Eastern Europe, Unirii (Union) Square. And exiting the central district called Cetate (The Fortress), there are many other historical squares, even if the Communism has built around them blocks for the new working class. Traian Square, for example, is the heart of the industrial area in eastern Timisoara. 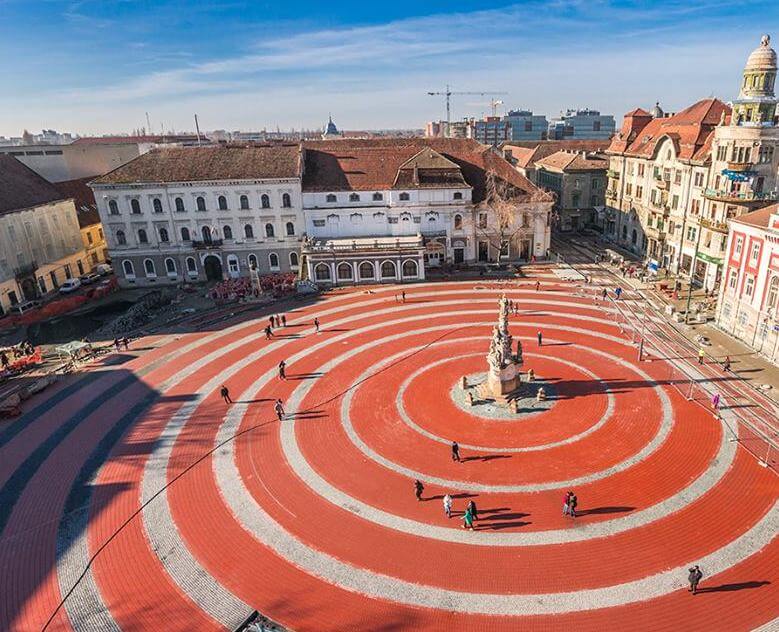 The Bega river brings extra charm and romanticism to this city, although its main role was to defend the city against invaders. In time, it became a trading route and an electricity provider and nowadays it is used mainly for entertainment purposes: the longest bicycle tarmac road in Romania, connecting Timisoara to Serbia, was built on Bega’s waterfronts. 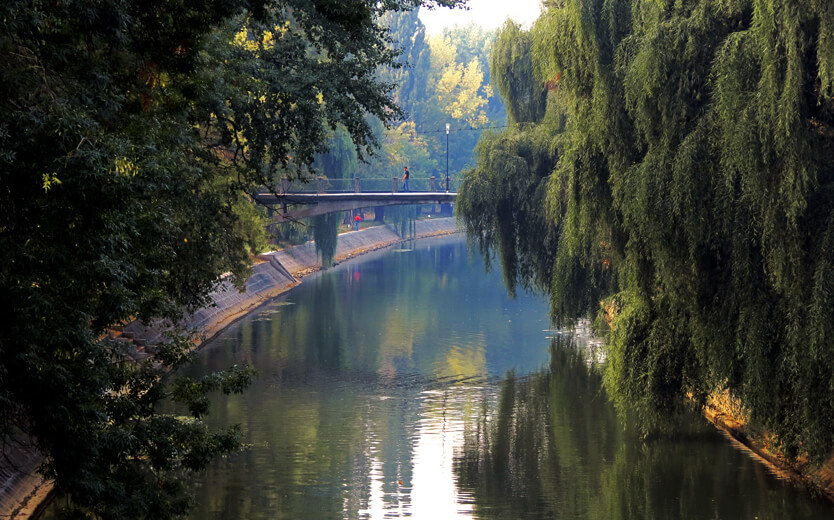 Timisoara has some memorable places of worship: the Metropolitan Cathedral with an architecture inspired by medieval Moldavia and which hides under it a museum with old religious objects; the Serbian Church in Unirii Square painted by the one called the Tiziano of Banat; the Catholic Dome with stone brought on Bega river and decorated by the best artists in the empire; the Millennium Church; The Fabric synagogue etc. Religious Timisoara is as diverse and outstanding as the rest of the city.

The city of parks, Timisoara, gain its title as this is one of the few cities which you will be able to cross by walking from park to park. There are many parks, but the most beautiful are Queen Mary Park, Picnic Park, Children’s Park and the Park of Roses, with 1,200 species of roses. The best outdoor events are organized in the latter, surrounded by thousands of flowers. 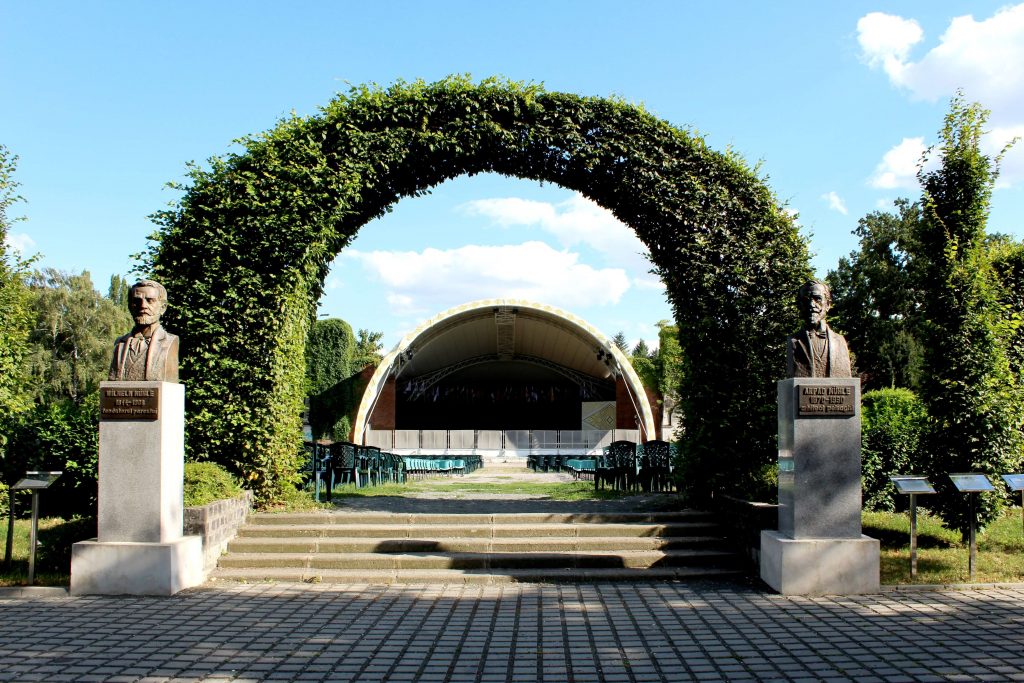 Other events, though, go better with beer than with roses, so it would be a pity to avoid visiting the first certified brewery in Romania, founded in 1718. Part of the old factory is still preserved today. In the garden’s factory, in November 1847, the Austrian composer Johann Strauss, the son, together with his orchestra, held a concert, performing famous waltzes. This was the first concert by Johann Strauss, the son, outside Wien. 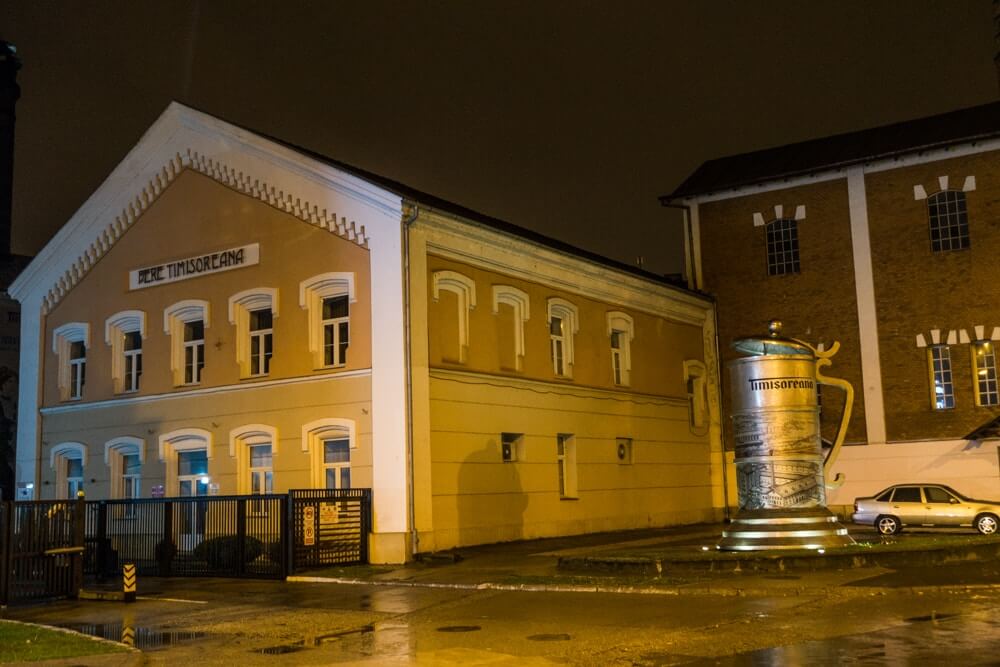 Located in the central area, between the Continental Hotel and the Fountain of Cardinal Points, Maria Therezia Bastion was built in the 1700s and it is the largest piece of wall preserved form the old fortress. All the other bastions of the old city were demolished to allow the city development. After Timisoara was conquest by the Habsburgs, the citadel’s surface grew 10 times more than the old medieval Turkish fortress. At present, Maria Therezia Bastion hosts commercial spaces and it is a great location for an exhibition or a cozy dinner. 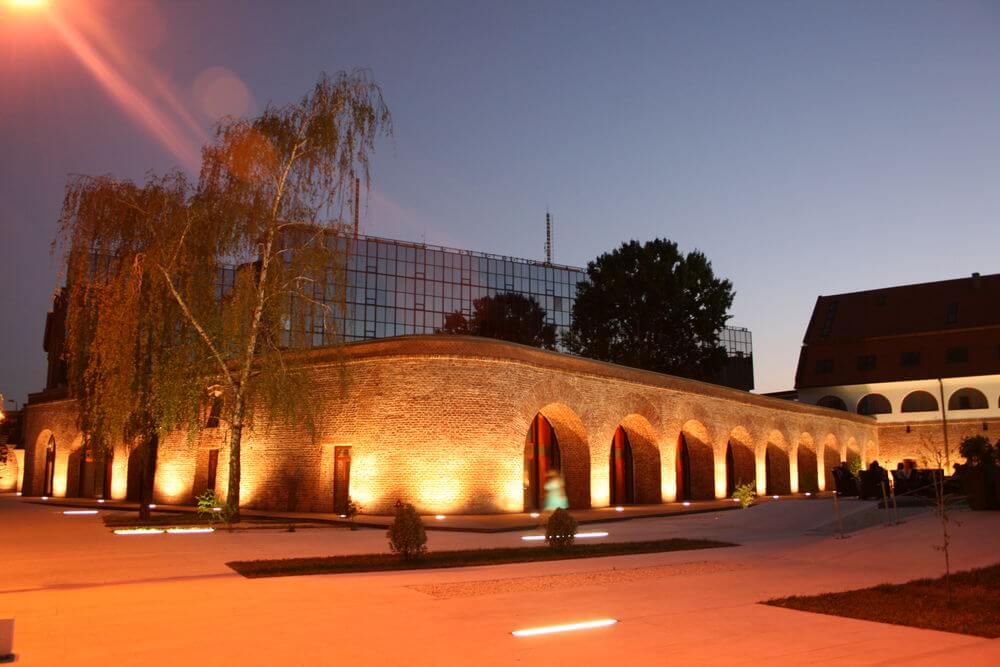 Near Victory Square, Huniazilor Castle is the oldest monument of Timisoara, built between 1443-1447 by Iancu of Hunedoara, one of the great leaders of the 15th-century anti-Ottoman battle. It now hosts the Banat Museum and many temporary cultural events and exhibitions. The Baroque palace now hosting The Art Museum, in the beautiful Union Square is another impressive venue to hold a fairy-tale event. 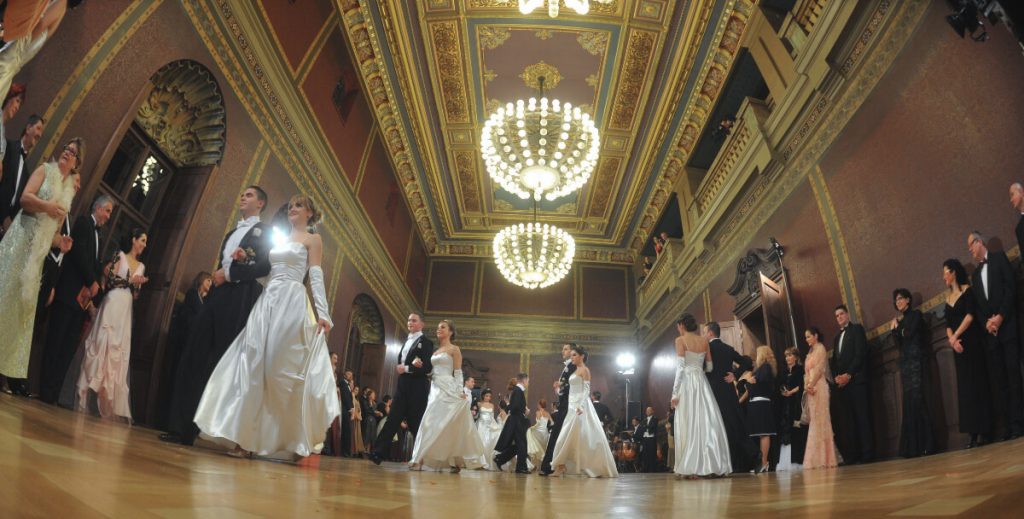 Besides all these historical architectural gems, Timisoara has modern venues, great restaurants, and over 200 hotels and guest houses, which are always ready to welcome large groups of tourists with various preferences and needs. 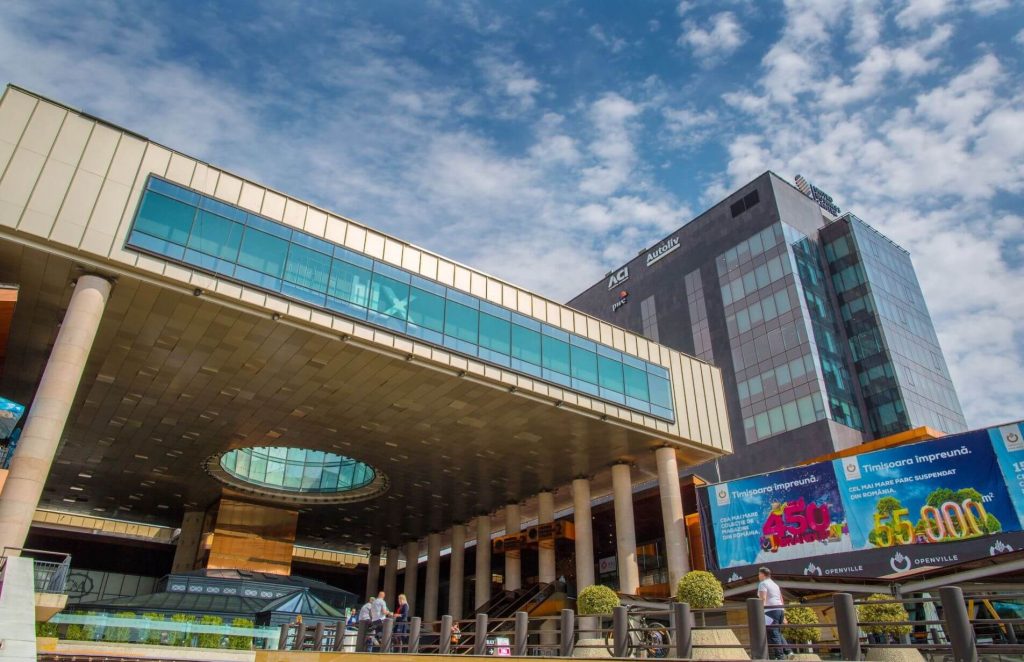 As many students chose the Western University of Timisoara, there are pubs, bistros, cafes, indoor and outdoor clubs where partying, like everywhere in Romania starts at dusk and ends at dawn.

Anyway, you might find your entertainment on the streets, as people here seem to love eating, drinking, singing and dancing: over 50-60 festivals and many fairs are taking place in the city every year. The Easter, Christmas, Beer, Wine, Octoberfest, Traditional products, The days of the Neighbourhoods fairs together with festivals such as Jazz ™, Timisoara Rock, rEvolution, Hearts Festivals make this city alive and fun. 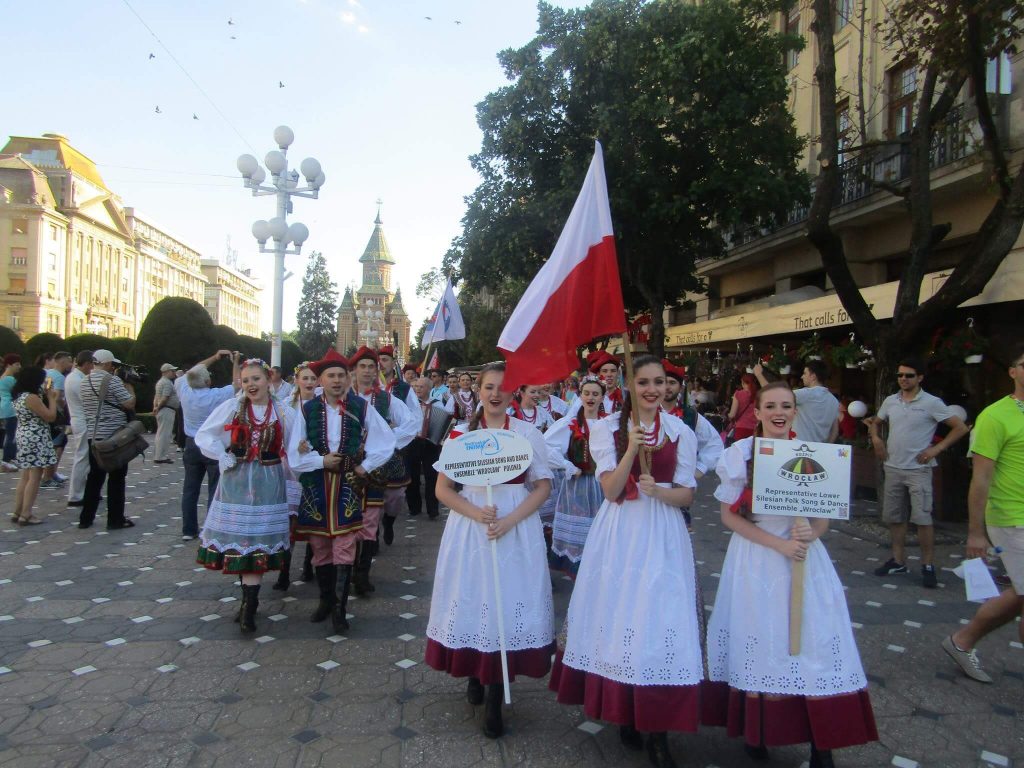 A multicultural city is a gourmet city. One can taste the traditional dishes, such as the regional sarmale, Giulvăz beef tripe soup, Gottlob meatballs soup or giblets soup, or the German wine soup, the Hungarian goulash, the Serbian goulash or the soldiers’ stew from Jdioara. You can practically taste traditional food from the neighboring countries without leaving the city. 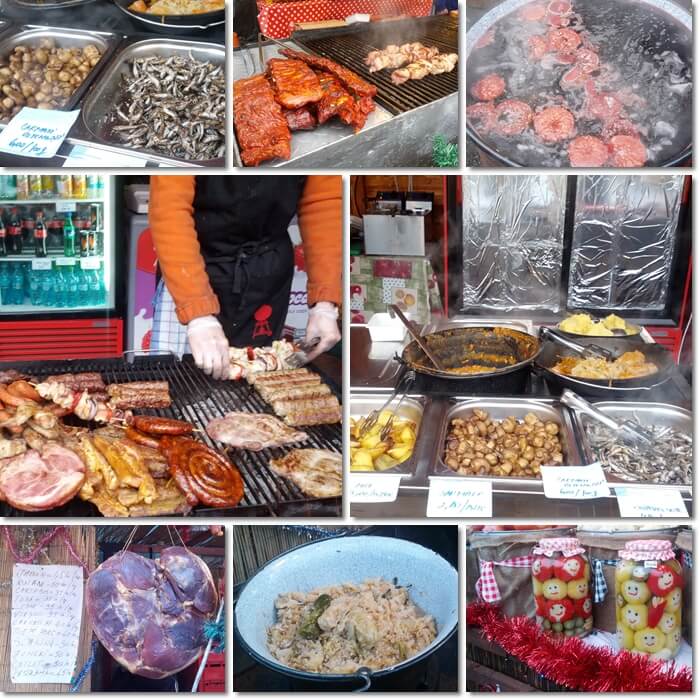 The slightly spicy foods are enjoyed better with Timisoareana beer, the strong Romanian or Serbian drinks and the regional red wines. The Recas vineyard is the biggest in this part of Romania and one of the oldest in the country.

One of the local wines that have become famous is “Creata of Banat“(or Riesling Banat). The grape variety of uncertain origin creates a white, refreshing, dry wine, which does not require the aging process. This variety was in danger of extinction during the communist regime. Nowadays it is cultivated on restricted areas in the Recas vineyard. 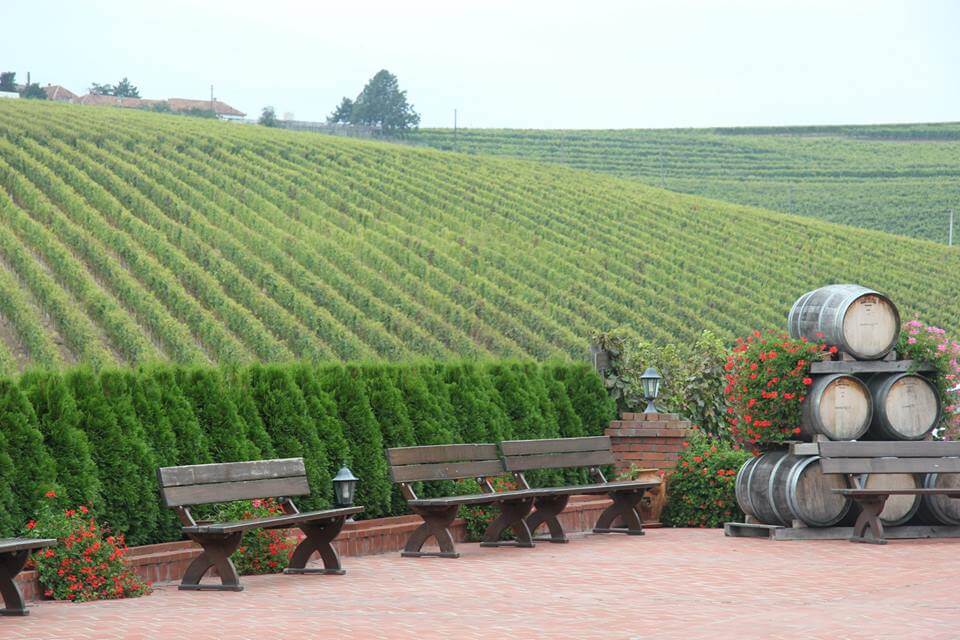 If tasting the dolce vita of Timisoara is not enough, this is a city which connects people with wonderful places. After a half hour by car, you’re on the bank of the Danube enjoying a fish soup or on the top of the mountain at Semenic. Also in an hour and a half, you are at SPA or a goulash in Hungary or on Nerei Gorge or admiring the Bigar waterfall. 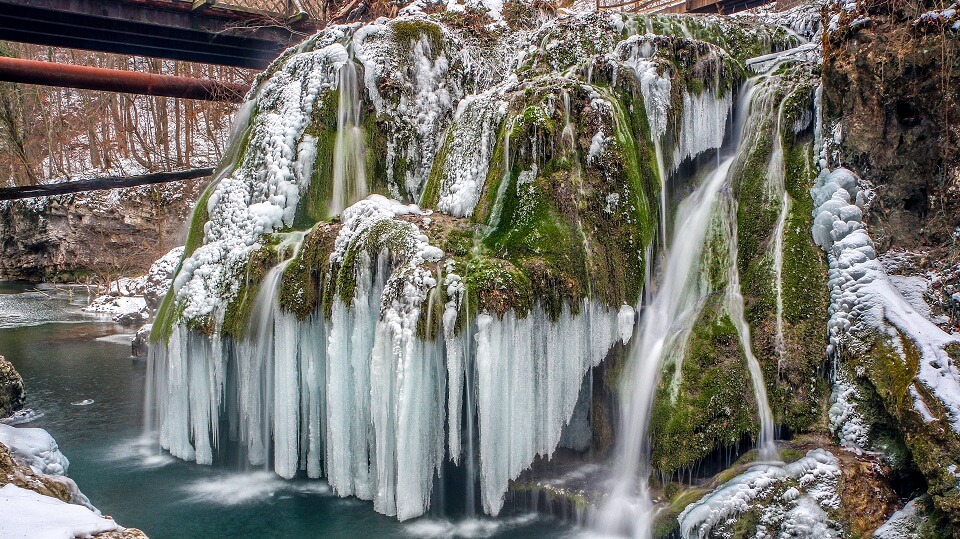 This is why we consider Timisoara a destination with immense opportunities, an elegant and young spirit, which has taken the best from the East and the West, pampering its inhabitants and visitors.

Contact our destination management company today and allow us to create a memorable experience for your group in Romania and Eastern Europe!