Located in the North East of Romania, Iasi has been for centuries the most important political, economic, social and cultural centre in Moldavia, a historical region of Romania. Stretching over seven gentle hills (Cetăţuia, Galata, Copou, Bucium-Păun, Şorogari, Repedea and Breazu), the city was called by the Italian traveller Marco Bandini (1644) “a new Rome”.

Many of the important events in the history of the Romanians took place in Iasi, the capital of Moldova, for three centuries (1564-1862) and the capital of Romania between 1916-1918.

Iasi is a stylish, cosy and lively city, richly rewarding his inhabitants and tourist with its brimming art and history. This town still keeps the effervescence and dynamism of a big city; however, its unique charm is give by the fact that the tourists and the inhabitants do not feel suffocated, crowded or stressed like in the big metropolis. 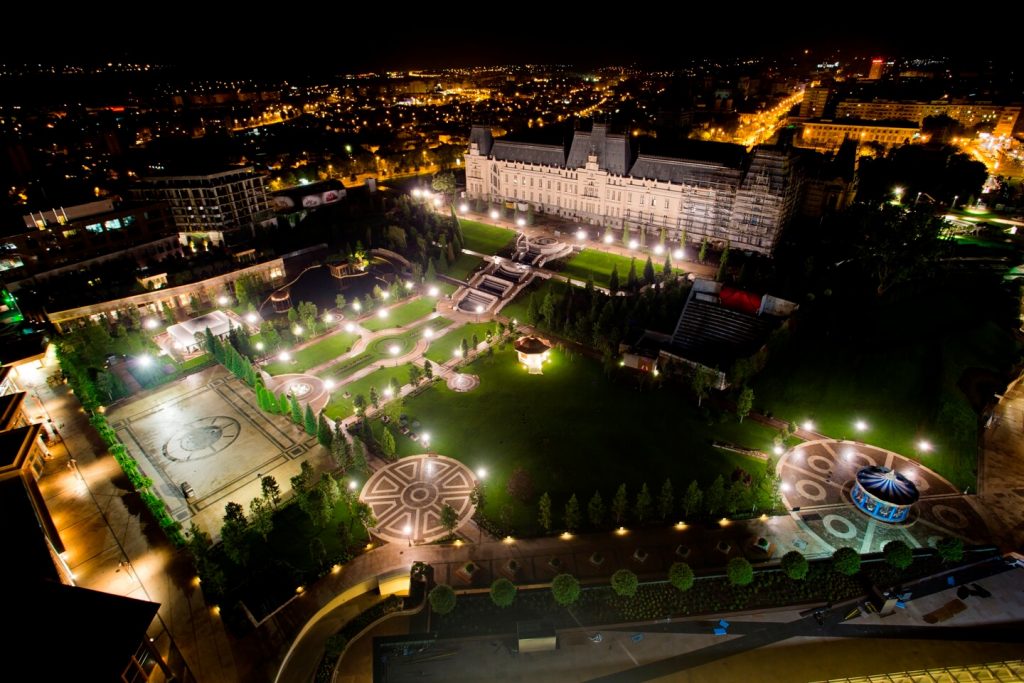 If you haven’t considered Iasi a relevant destination for a team building, incentive, board meeting or any type of event, think again as our travel specialists will unveil you a destination which offers immense opportunities for any kind of tourism.

Iasi is first of all an academical centre.It all started in 1640, when Vasile Lupu, the ruler of Moldavia established in Iasi the first school in Romanian language and a printing house in the Three Hierarchs Church. In 1643, the first book in Moldova was printed in Iasi. 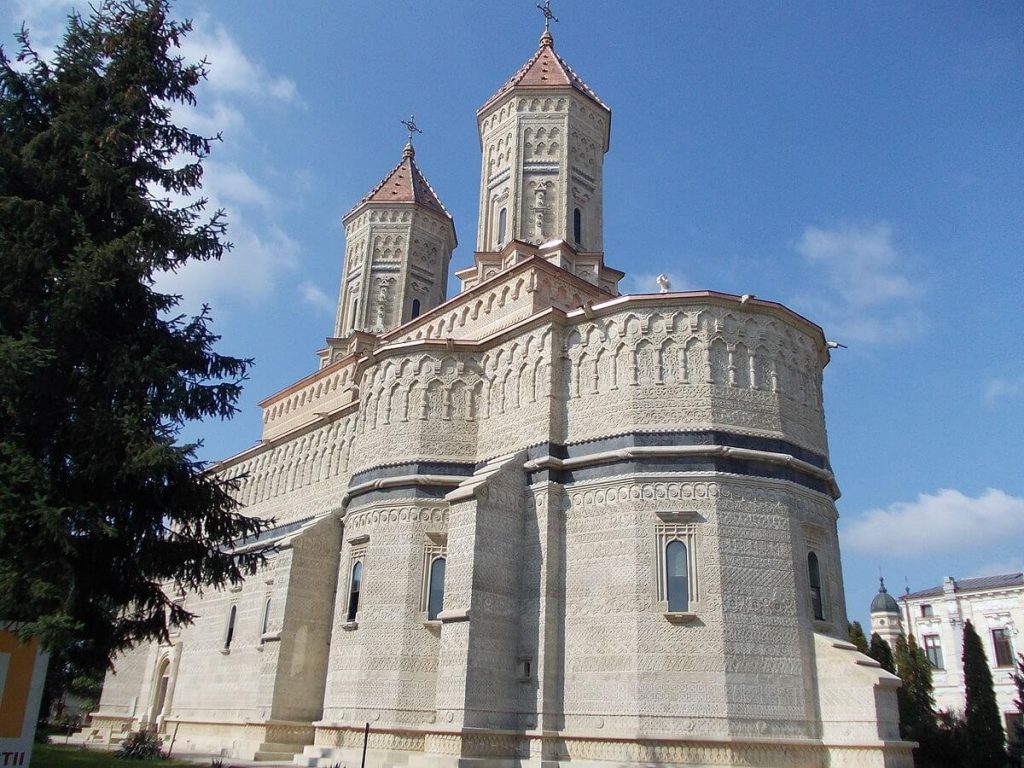 Nowadays many interacting scientific and cultural institutions (six public universities of which one is the prestigious Alexandru Ioan Cuza University, seven private university centres, a branch of the Romanian Academy with several research institutes, two theatres, dozens of museums and art galleries, an opera house, a philharmonic, libraries, several publishing houses, many cultural centres of several European countries explain why Iasi is considered to be “the cultural capital of Romania”, as it was named for the first time at the inauguration of the first Romanian higher education institution in 1860.

The city has a tumultuous history. It was mentioned for the first time in a commercial privilege issued in 1408 by the Moldavian ruler Alexandru cel Bun (Alexander the Good). However, because there were older buildings than this specific date (for example the alleged Armenian Church built in 1395), it is believed that the city is much older, at least with a few decades.

Iasi had a privileged economical location, at the crossroads of some of the most important trade routes which connected Russia with Hungary, Poland and Constantinople.The economical development was always under threat, as the town and the whole region had to face innumerable attacks especially from the Tatars and Turks. 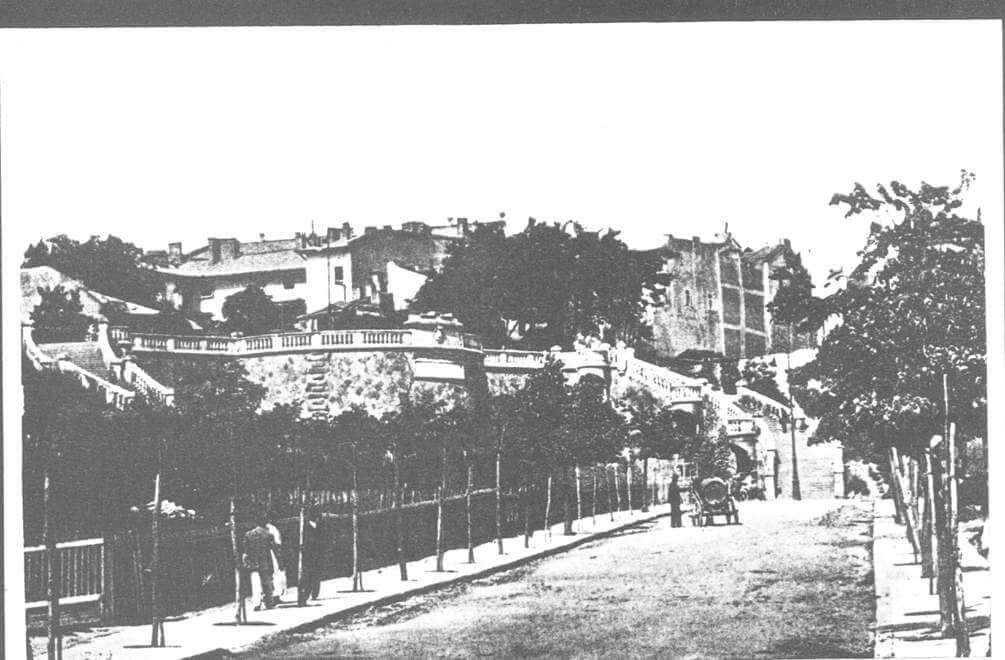 In recent years, the IT & Outsourcing sector has seen a massive increase in the labor market in Iasi, making it one of the regional poles alongside Timisoara and Cluj. The number of IT professionals is about to exceed 20,000 this year in Iasi, which is avery high number compared to the total of 500.000 metro area inhabitants. 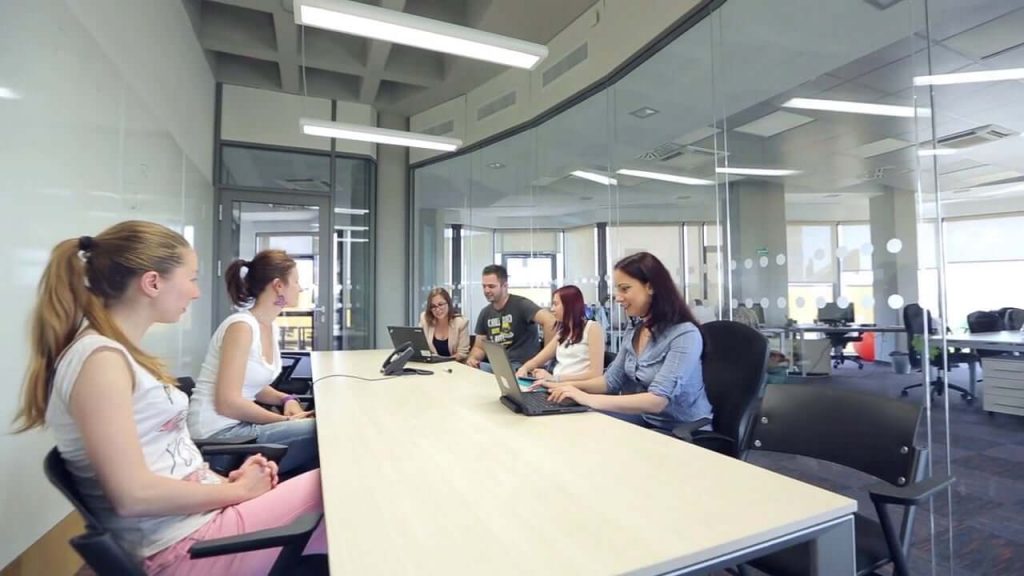 Iasi is Amazon’s home in Romania, which opened its first R&D facility for Eastern Europe in 2005, attracted by the hidden potential of this city. In 2018 Iasi was awarded as the emerging city of the year, in the IT and Outsourcing field for whole Central and Eastern Europe, which means its academical success it’s directly tied with its economical growth.

However, what makes Iasi a great tourist attraction is not the fact that it’s an IT and important academical centre. Iasi is the city of great love stories. Some of the most famous, dramatical and outrageous Romanian love stories took place in Iasi and Moldova.

A beautiful castles built near Iasi, Ruginoasa palace, was the cradle for three different love stories happening in an 100 years interval. The palace had a bad reputation, as the forbidden love stories happened here, away from the ears and eyes of the world and of the families. It is said that the palace is cursed and that in the night would be haunted by the ghost of a princess who committed suicide in the name of her love, Dimitri. The palace’s garden is a beautiful venue for outdoor events, suitable for garden parties, gala dinners or any type of cultural or business events. 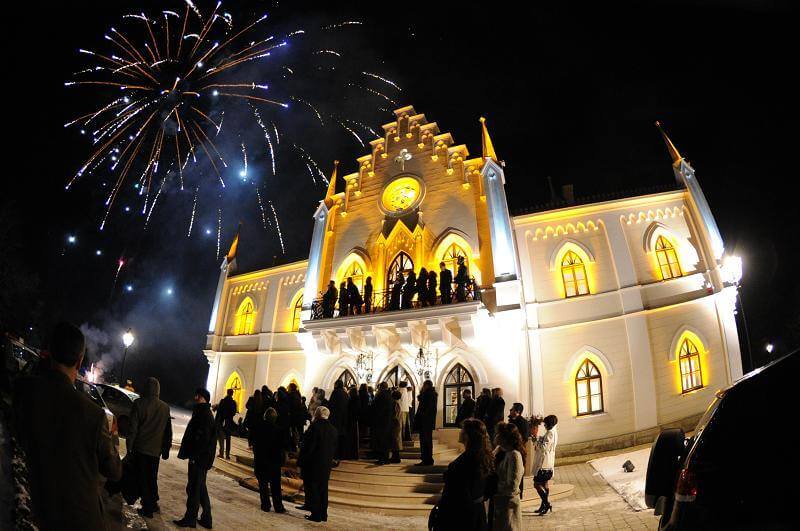 The palace of culture in Iasi is an art monument for grandiose events which need to be hosted by a magnificent architectural edifice. The monument is a living accomplishment of the 19th century romantic architecture and the best representation of neo-gothic style on the Romanian territory. 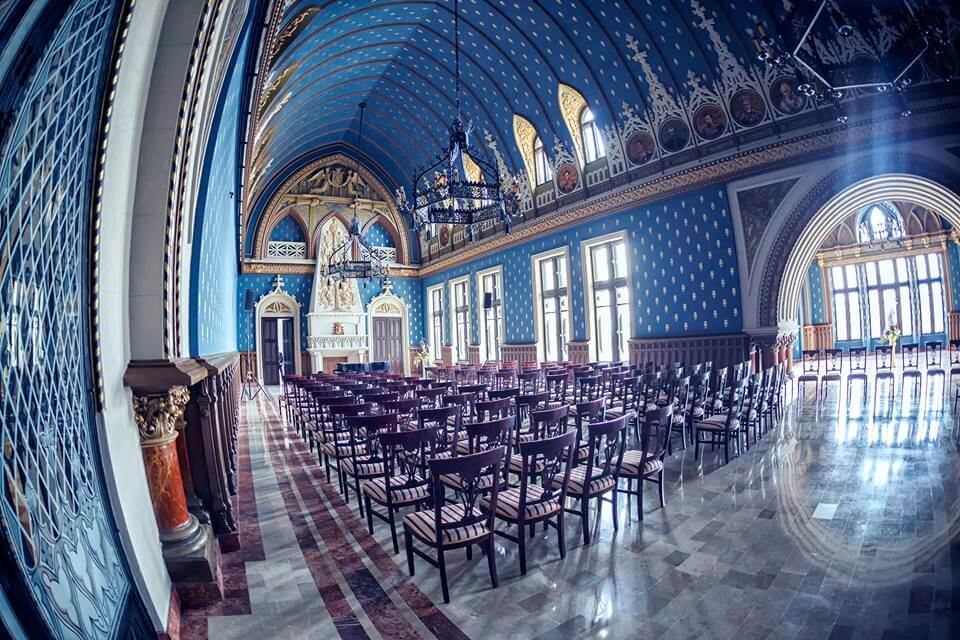 There are two other castles which in close vicinity to Iasi, The Sturdza castle and the Polizu manor which represent some other incredible locations that can accommodate any type of event. 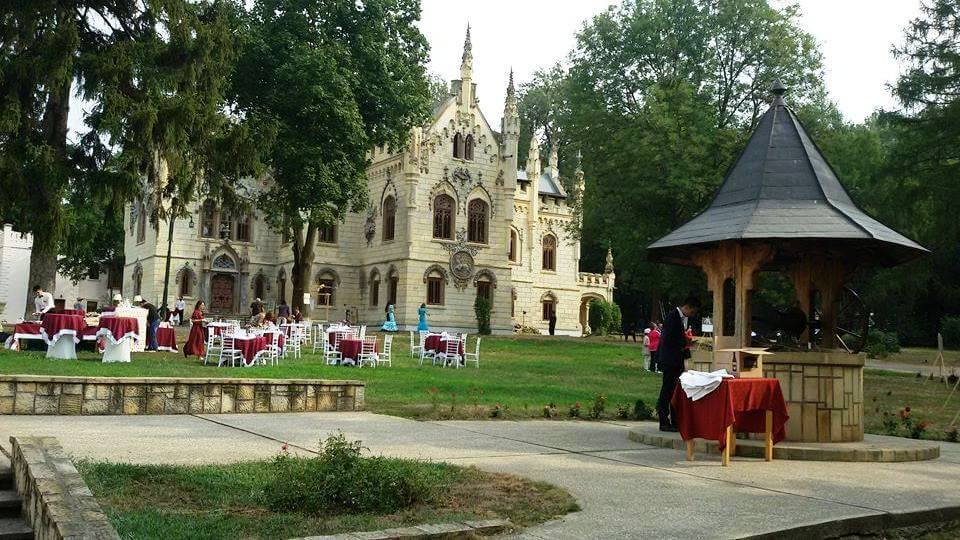 The Botanical garden it was founded in 1856 and it is one of the biggest in Europe. It is the first one of its kind in Romania and it was established by the physician and naturalist Anastasie Fatu, a great patriot, philanthropist and true man of culture. Located on a land bought from its own funds, near another historical landmark, Rapa Galbena, it has become, for many years, a major documentary centre, but also a way of education for all nature lovers. It is ideal for small and intimate outdoor events. 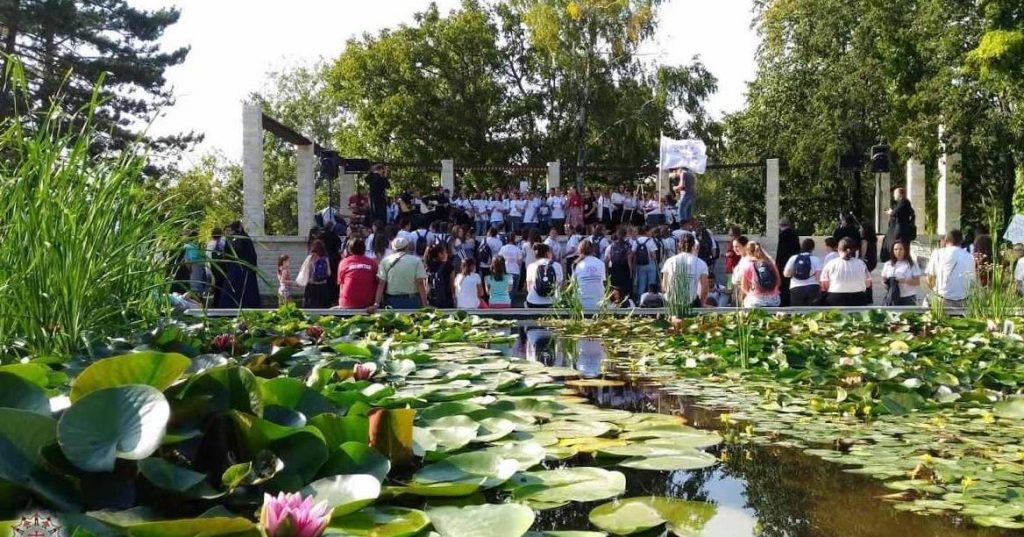 Copou Park, covering one of the seven gentle hills of Iasi, it was built at the beginning of 19th century and it is the oldest park in Iasi. In Copou there is an 450 years old silver lime, Eminescu’s tree, which served as an inspiration for the great poet. This old tree has became the symbol of this romantic city and a trademark for all lovers.

Besides the historical locations, there are over 100 hotels in Iasi, with different facilities, conference and ball rooms, from 5 star hotels to small guest houses which can accommodate smaller or larger groups, with different needs and desires. 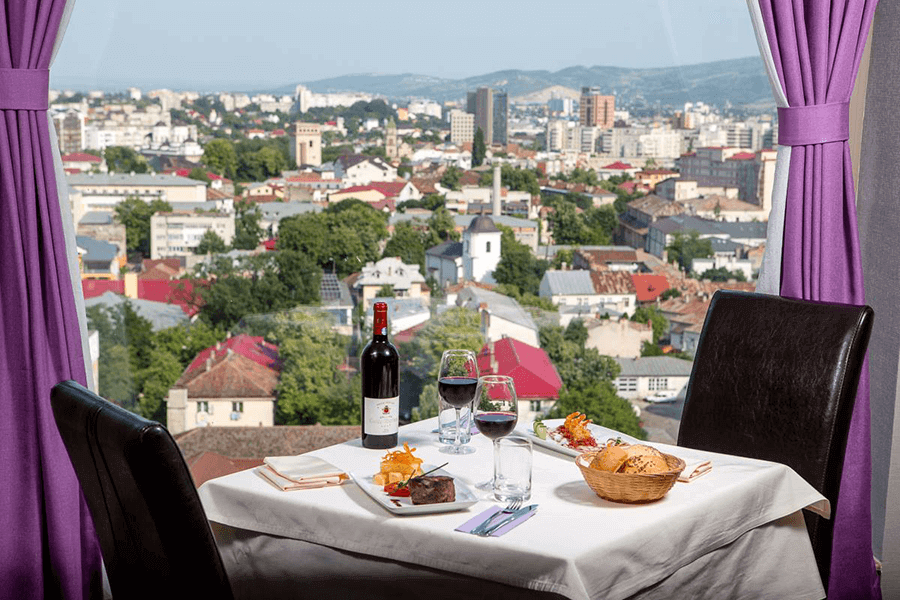 Located in the historical centre, near the Palace of Culture, the PALAS urban complex is a veritable “city in the heart of the city”. Focused on a “lifestyle centre” concept, PALAS integrates in a huge perimeter a shopping centre, a hotel, A class offices, suites, a huge underground and an entertainment perimeter. Big events, with over 1,000 people can be easily hosted in Iasi, as the city’s diverse and growing economy has encouraged the development oh the hospitality industry as well. 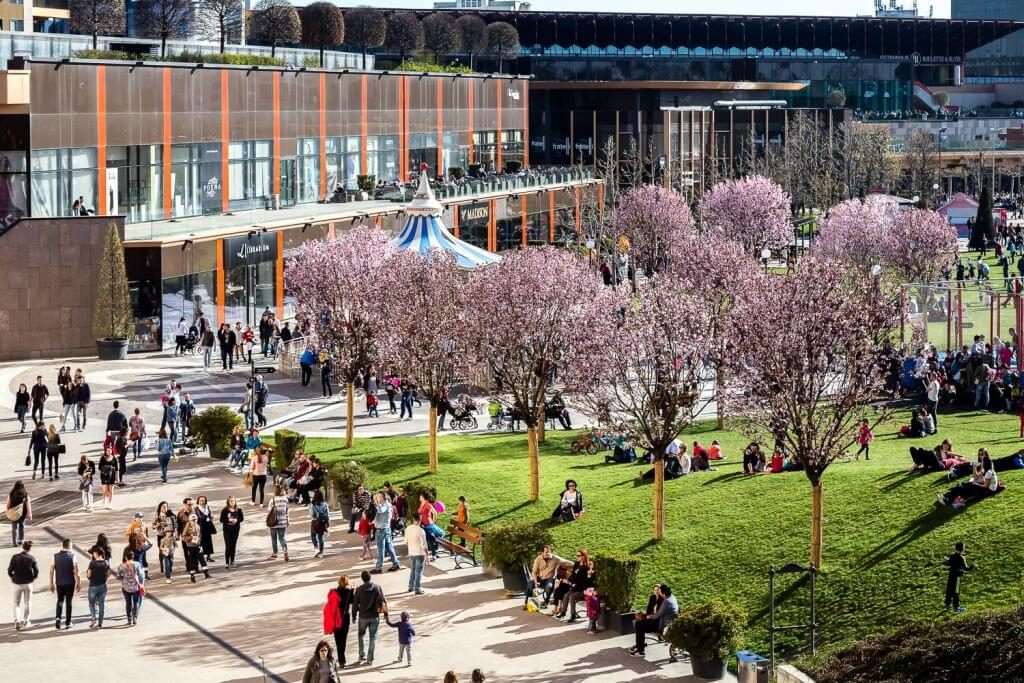 Wherever you choose to stay in this lovely city, you will have the privilege to enjoy the refined Moldavian cuisine. The cuisine of the region it is considered by gastronomy specialists the most successful in the country, with strong slavic and french influences. The Moldavian boyars went to study in France and brought home some of the tastiest French recipes. The most important Romanian cookbooks were of course, written in Moldova. 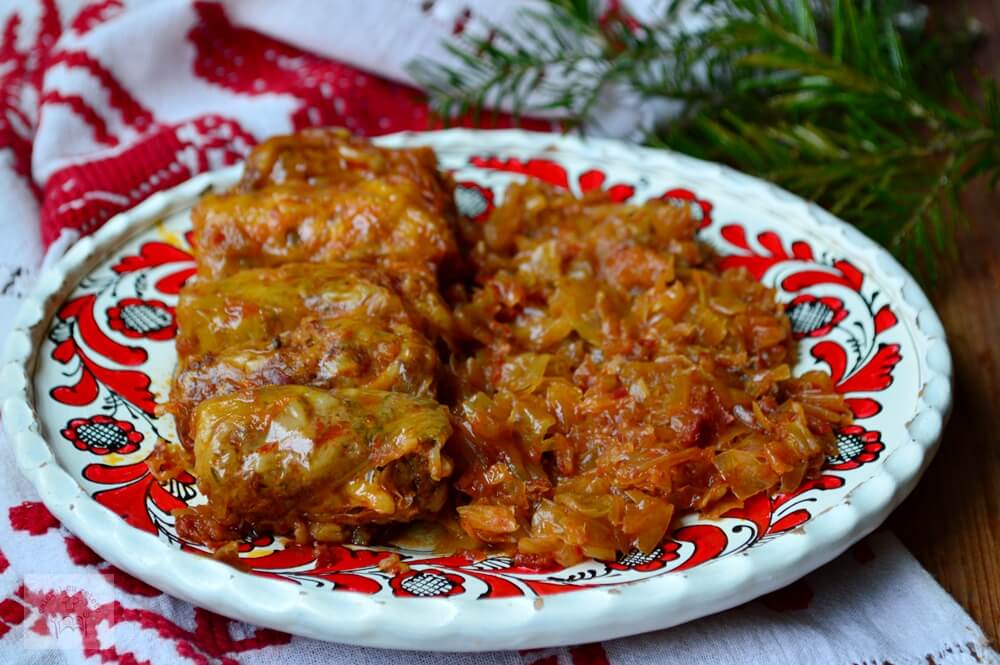 Expect to taste wealth and abundance, some of the best “sarmale” in the country, one of the kind mushrooms stews and an great variety of pies. 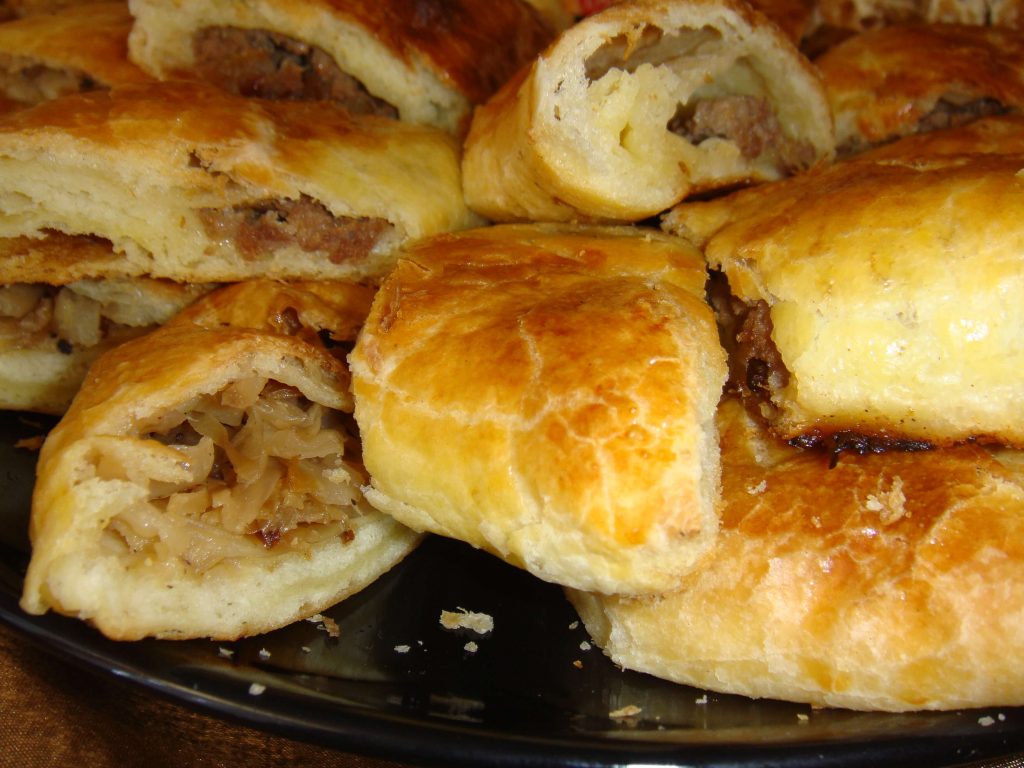 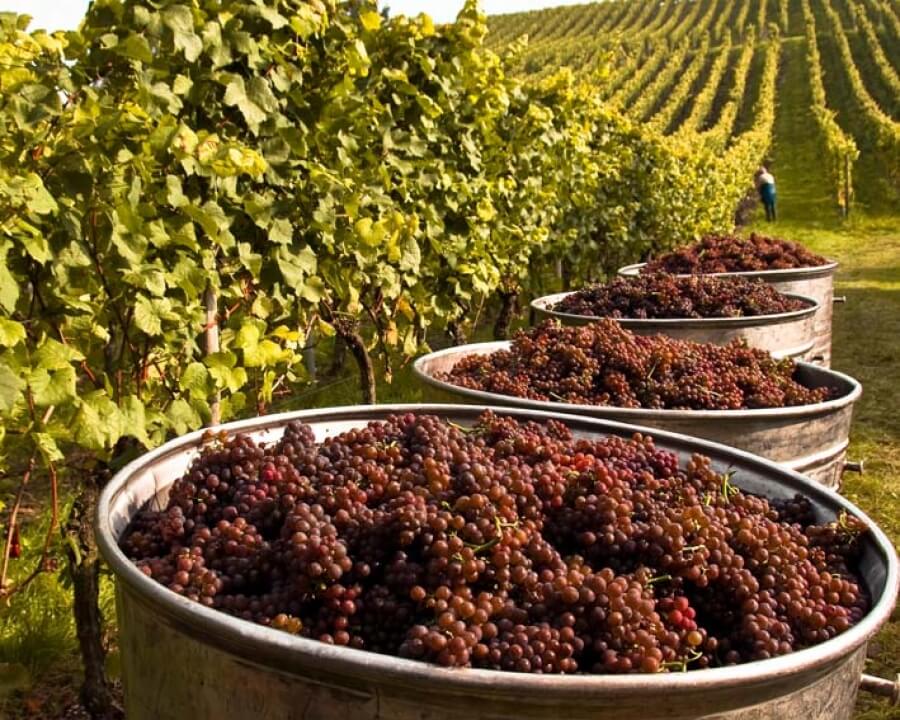 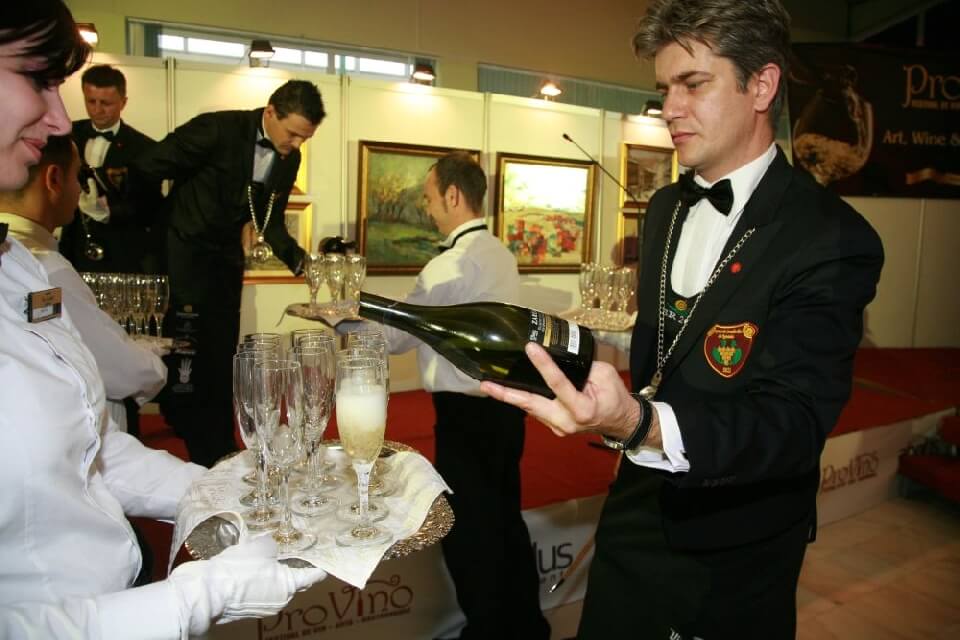 The rich gastronomy and wine varieties, plus 70,000 students are a great mix and, as you can easily imagine, Iasi has a thrilling nightlife. The most popular area is Tudor, where most young people gather to have fun. 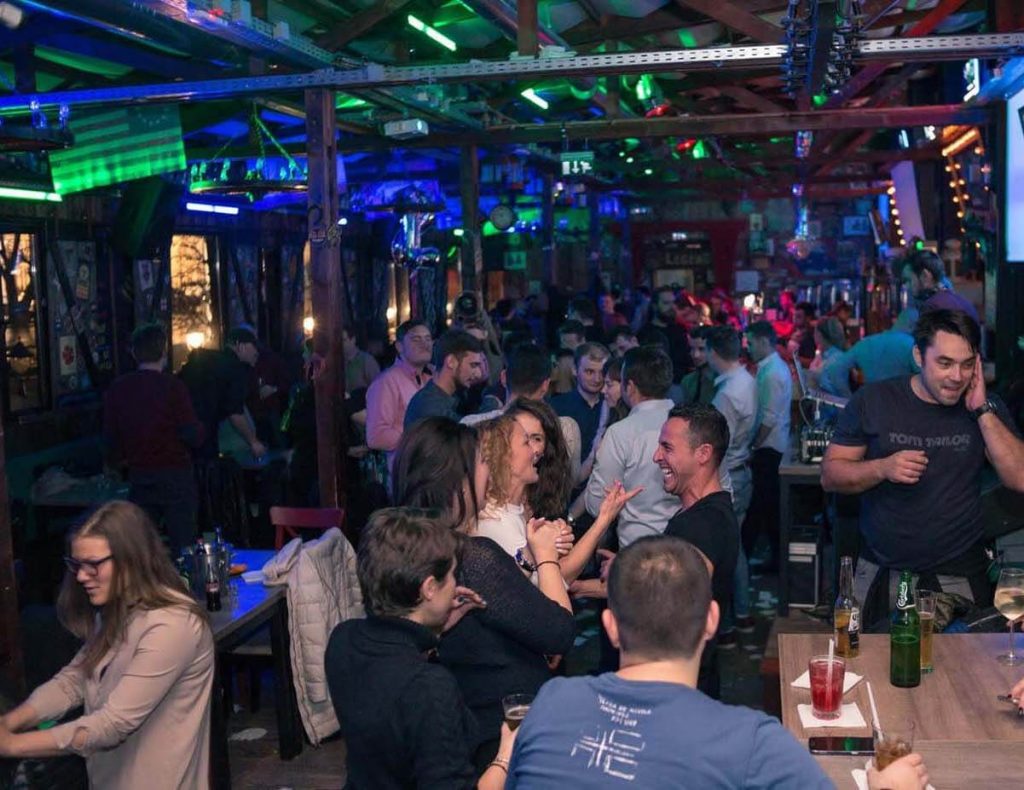 There are dozens of cafes, terraces, bars and nightclubs, a magnet for nightlife souls. While in Western Europe at 11 pm the clubs close down, it’s just then when the party starts in Iasi.

Some other attractions in Iasi:

Iasi is also the capital of Eastern Romanian Orthodoxy, rich in religious monuments of all ages, from the Middle Ages (Three Hierarchs church) to modern times (the Metropolitan Church): over 71 churches and monasteries of which 30 are considered historical monuments can be visited only in Iasi. Together with Thessaloniki, Trondheim, Edinburgh and Prague, Iasi is the fifth city acting as a destination for international pilgrimage. 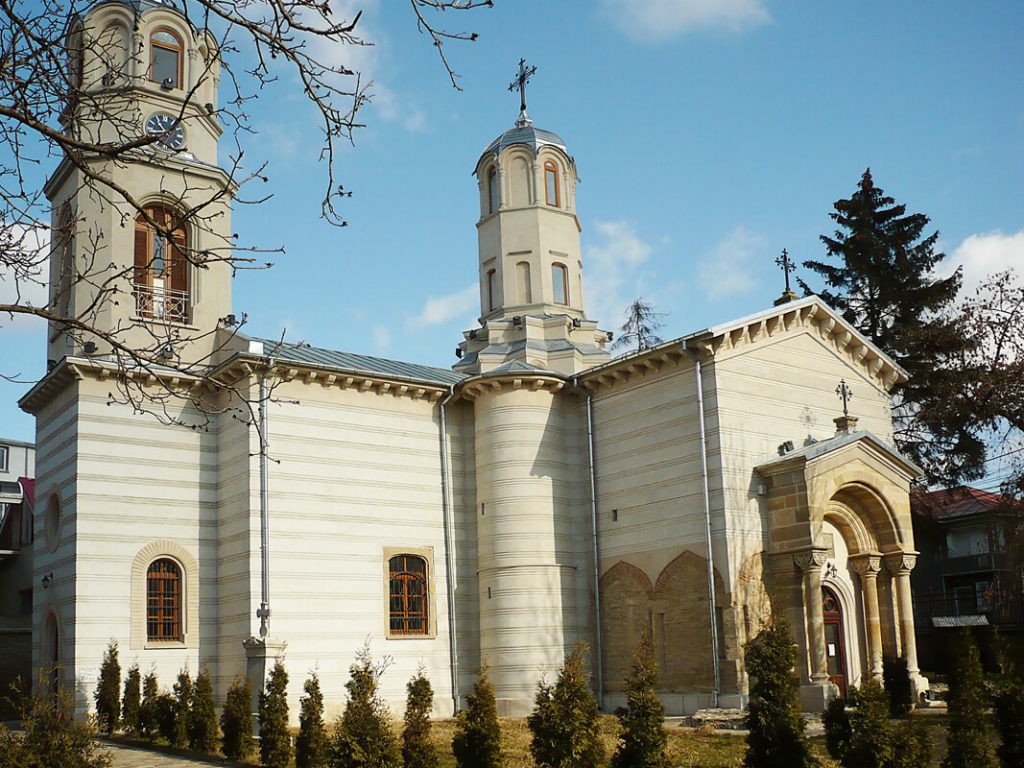 The Jewish population thrived between the interwar period. According to the 1930 census, about 35,000 Jews inhabited Iasi. Unfortunately,their number dropped dramatically due to the the Iasi Pogrom, when over 13,000 Jews were killed. The jewish heritage is still preserved by the Great Synagogue, built in 1671 and other smaller synagogues which serve today to different purposes, as well as many other buildings, including 2 hospitals and a Jewish cemetery where many of the Pogrom victims are buried. 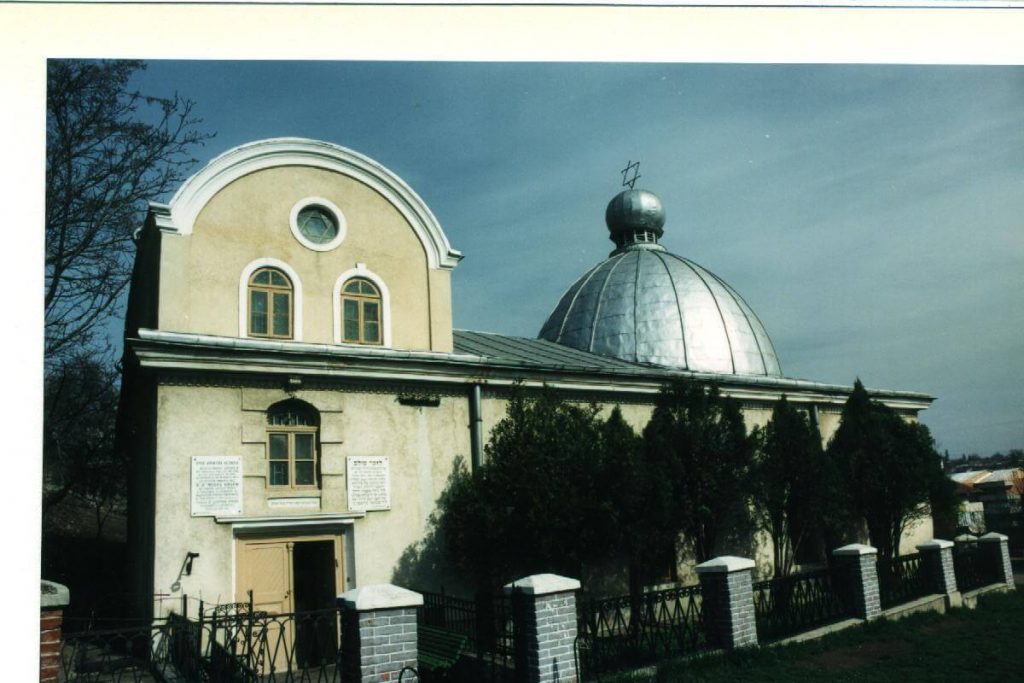 Iasi patrimony (the city and the districts) consists of 526 archaeological sites, 20 memorial houses, of which 10 are museums and 580 historical and architectural monuments. This is why Iasi is a museum itself, a city of culture, of romanticism and joie de vivre.

Yoga and Wellbeing retreats in Romania ideal for group travel