Romania is not the first destination one would think about when looking to rent a castle, a palace or a mansion for an event. However, this Eastern European destination is home for over 150 castles, each with its own authentic flavour and legends.

There are also many other mansions, inns and palaces which can host any type of business events, accommodate small or larger groups of people and become the perfect backgrounds for any type of private or public event, team buildings or board meetings.

The most famous Romanian castle is a Transylvanian castle: Dracula’s castle. Bran castle is considered by many the real home imagined by Bram Stocker for his famous villain, Dracula. 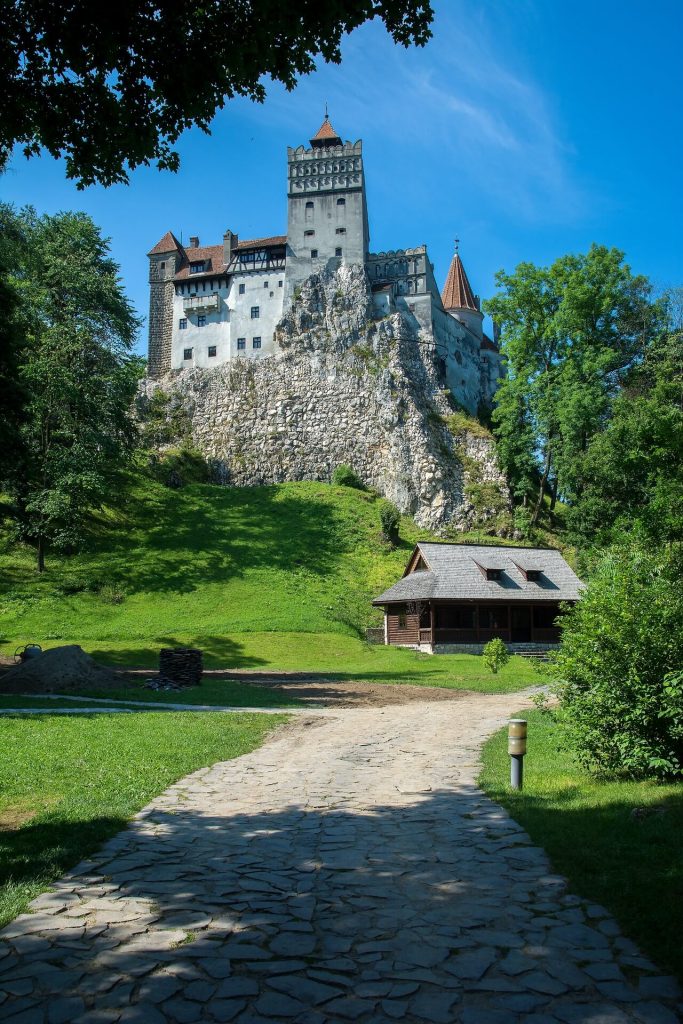 Bran is the most famous and the most visited castle in Romania. Although it is known as Dracula’s castle, it has its own legends and interesting historydiscovered by the ones who visit it. If you dream about having this castle for yourself, you should contact FixTravel team to arrange a night or a couple of nights for the brave ones, which everyone will remember! 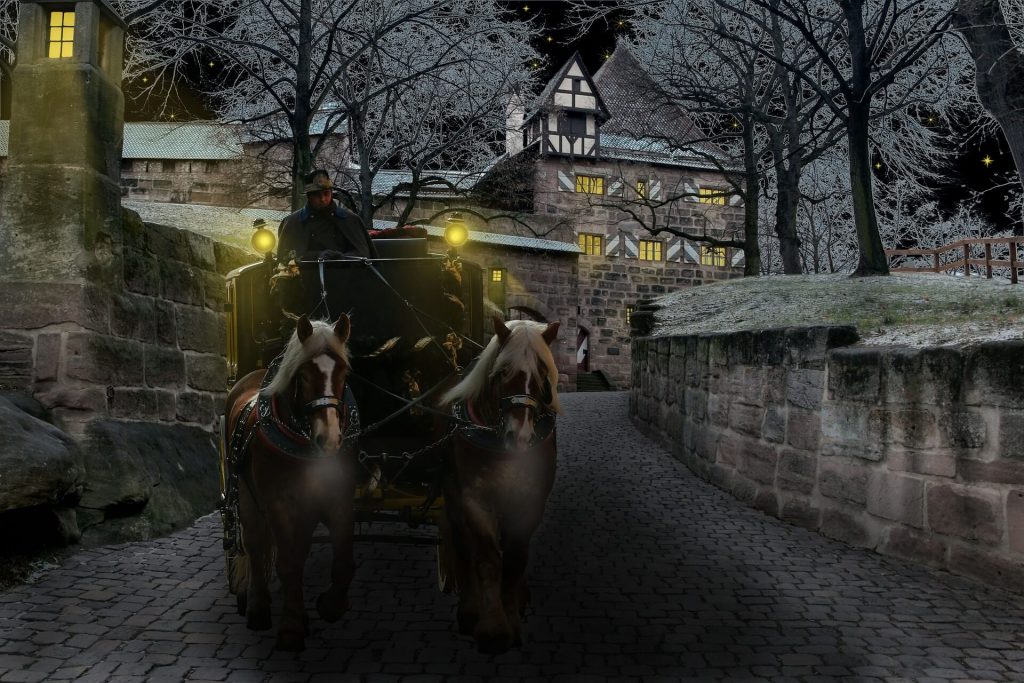 If you prefer a less gloomy atmosphere, you don’t have to spend the night there, as only 10 minutes away from Bran is the incurably romantic Bratescu mansion, a fairy tale place, reborn on the remains of a preferred getaway for the cultural and literary Romanian elite during the dark age of communism.

Still in the area, the rustic Inn of Balaban is located on a top of the Balaban hill, 4 km from the main road. The vistas here are breathtaking, regardless the direction you choose to look at. The inn is new and old in the same time, as we are not only talking about applying traditional influences, but reiterating an architectural model over 100 years old, with the techniques and materials used at the beginning of the 20th century in the area. 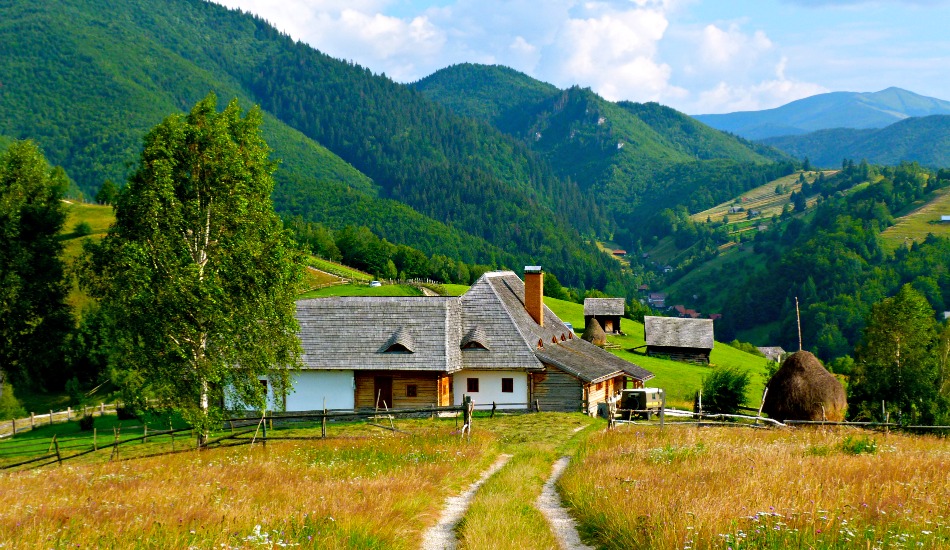 Another Transylvanian castle is Corvin castle, the most impressive gothic castle in Romania, with over 50 medieval rooms (including two rooms used for torture) can also be rented for different business or private events. 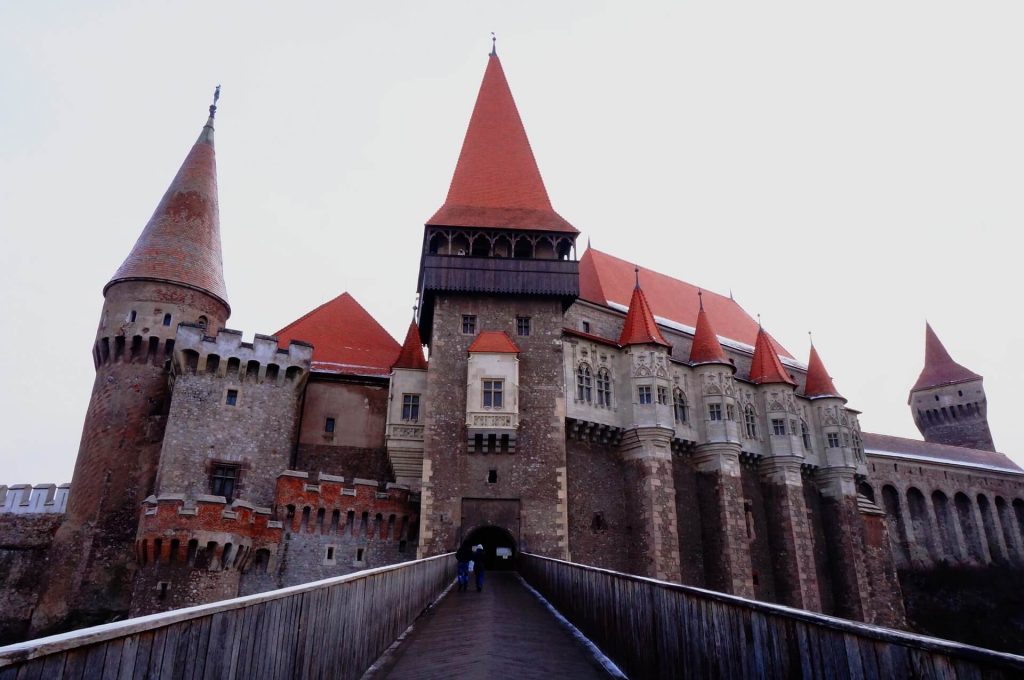 The Szekler mansion is in the neighbourhood district of Corvin castle, in the one and only Rimetea village. You might have never heard of it, but this village in Alba county has a unique 19th century architecture: white houses with green windows, unchanged for over 100 years, perfectly fitted in the natural landscape. At the mansion, you will enjoy the hand-painted furniture, the traditional embroideries and the same architecture, vivid representations of the rich rural tradition that complements the local gastronomy you can taste in the restaurant. 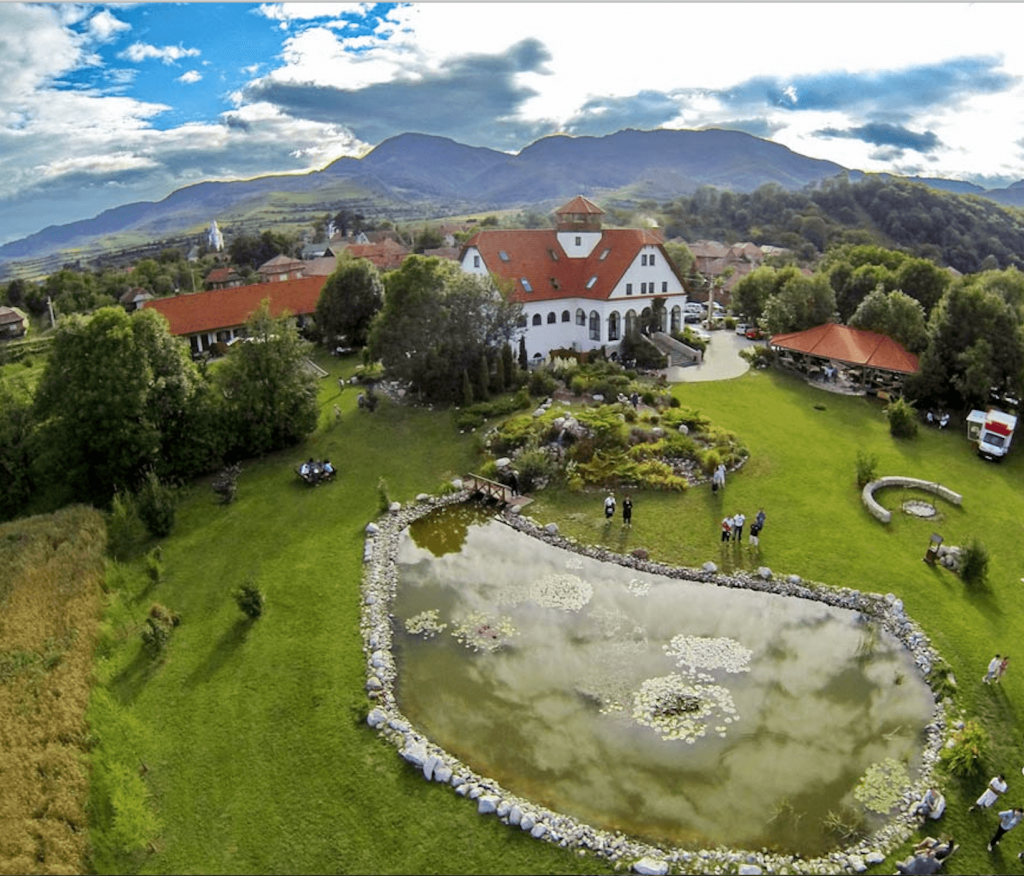 One the other side of the mountains, the Maldar Mansion, a typical fortress house (where the former boyars used to live in) keeps intact all the architectural details: the thick walls, the whitewashed exterior, the high tower and the inner stairs, the mysterious outposts and especially the arcade archway on the entire façade of the upper floor. These smaller fortresses were built as a defence against the Turkish and Tatar invasions. The Maldar mansion was raised to celebrate an immortal love story and the charming local atmosphere of the previous centuries. 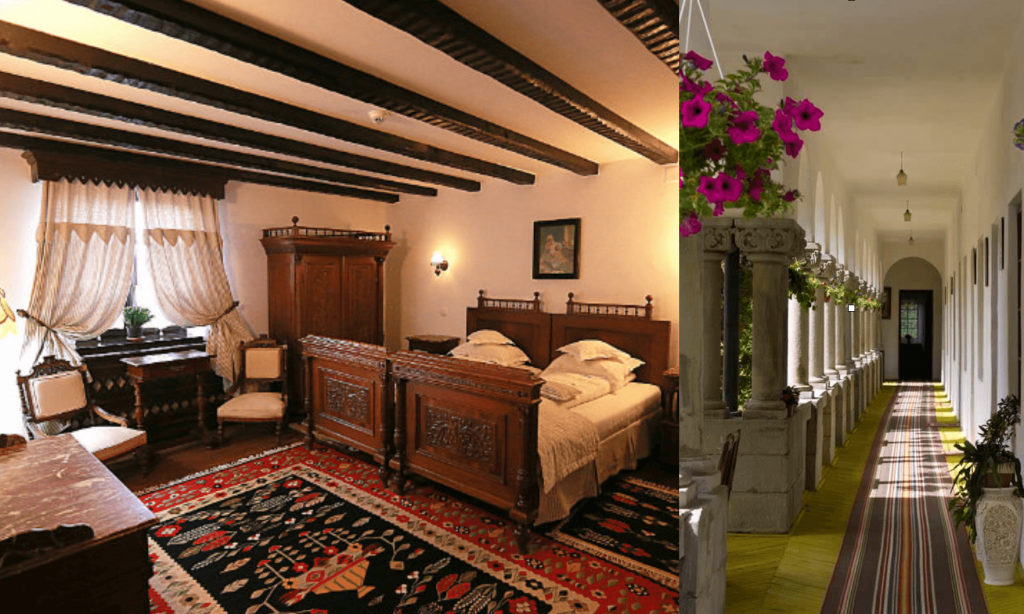 Back in Transylvania, you can actually sleep in the same castles and guest houses used by HRH Price of Wales during his annual holiday in Transylvania. HRH Prince of Wales is one of the most outspoken fan of Transylvania and its natural and man-made beauties. 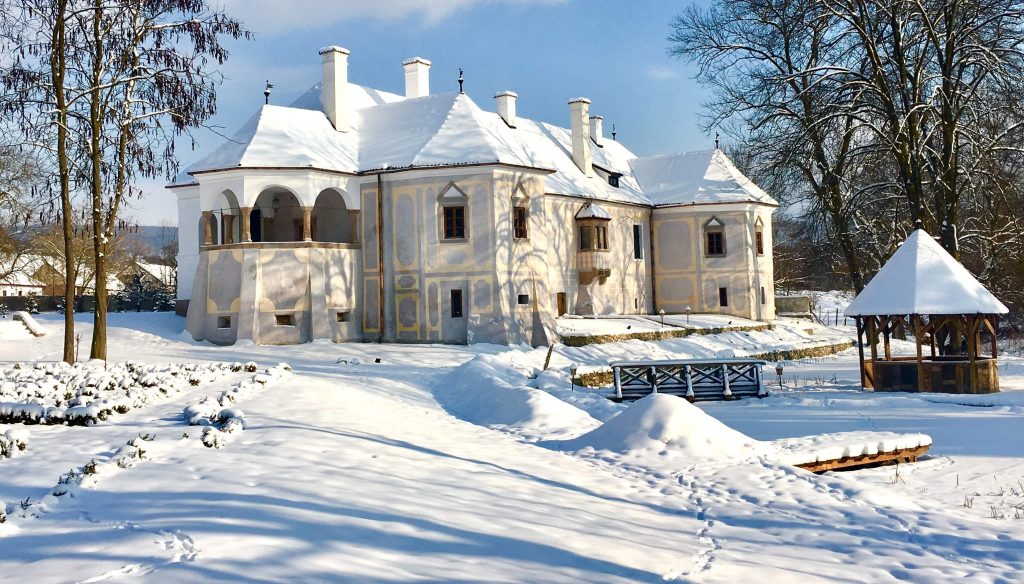 You can choose the any of Count Kálnoky’s castle, cottages or guesthouses, the custodian of HRH Prince of Wales domains. The Kalnoky family is also passionate about preserving the nature and wildlife, the ancient traditions and horses. While staying there, the guests can discover the peaceful beauty of Transylvania by riding the Countess’s Lipizzaners, Shagya Arabians, Cavalry Gidrans or Hutzul horses. 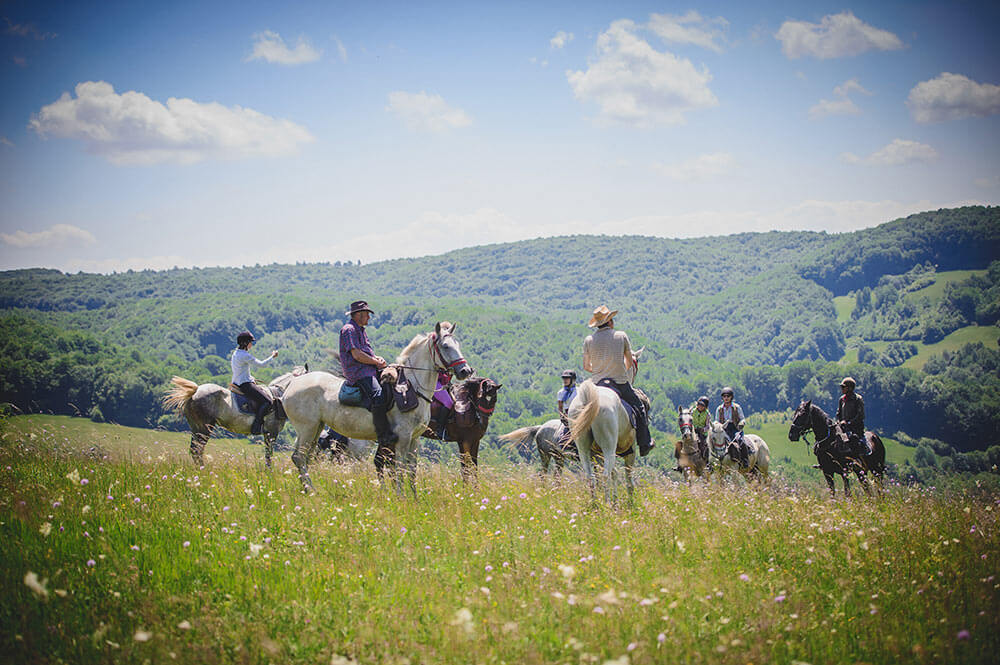 Not far from the Prince’s retreat lies Zabola castle, home for one of the most ancient Székler families in Transylvania. The 50 hectares domain is incredibly romantic and peaceful. However, there are plenty of activities to do such as biking, wildlife watching, horse carriage or horse sleigh tours. 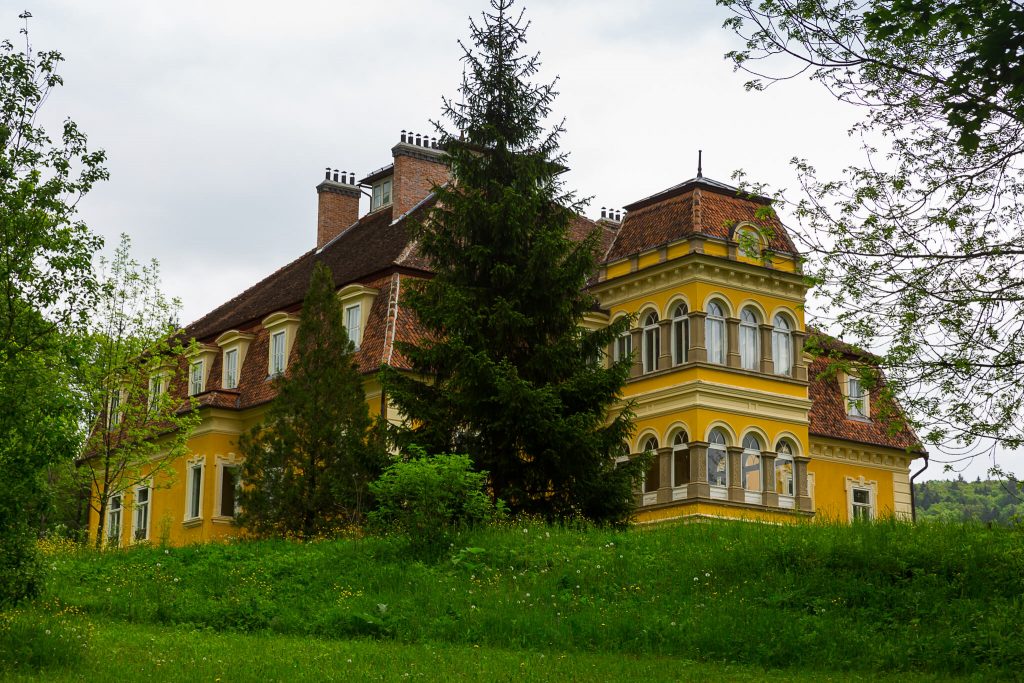 The Gaál Mansion is own by the same noble family and it has a history of over 170 years . This mansion was built on the remains of the house of a rebel women who left her husband with her infant, going on foot until it reached Dalnic, the Transylvanian village which became her new home. Accommodating around 26 persons it offers all the facilities for a Transylvanian escape for business and leisure activities. 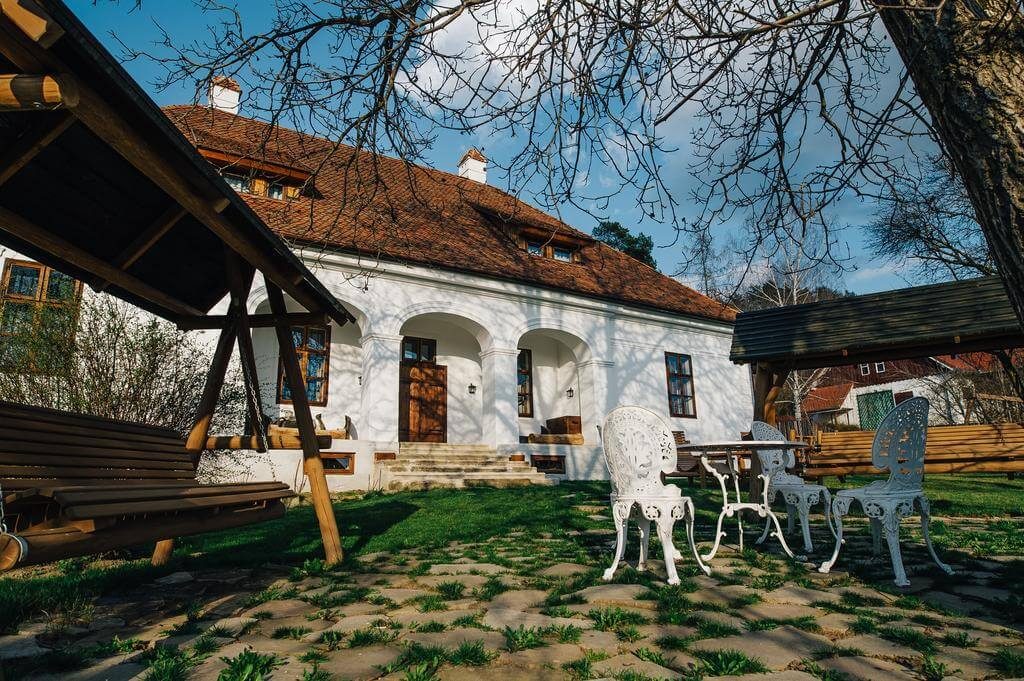 Dobrica hunting lodge was for many centuries the home for the elderly in the Mikes family, the same family which owns Zabola and Gaal Mansion. It is designed for the real nature lovers who prefer a more rustic accommodation so that can really feel they escaped the outside world. Although there is no TV or cable and the phone signal is low, the lodge offers free wi-fi just to make sure the guests are not completely isolated from the modern world. The lodge isperfect for smaller groups who have from many outdoor activities to choose from. 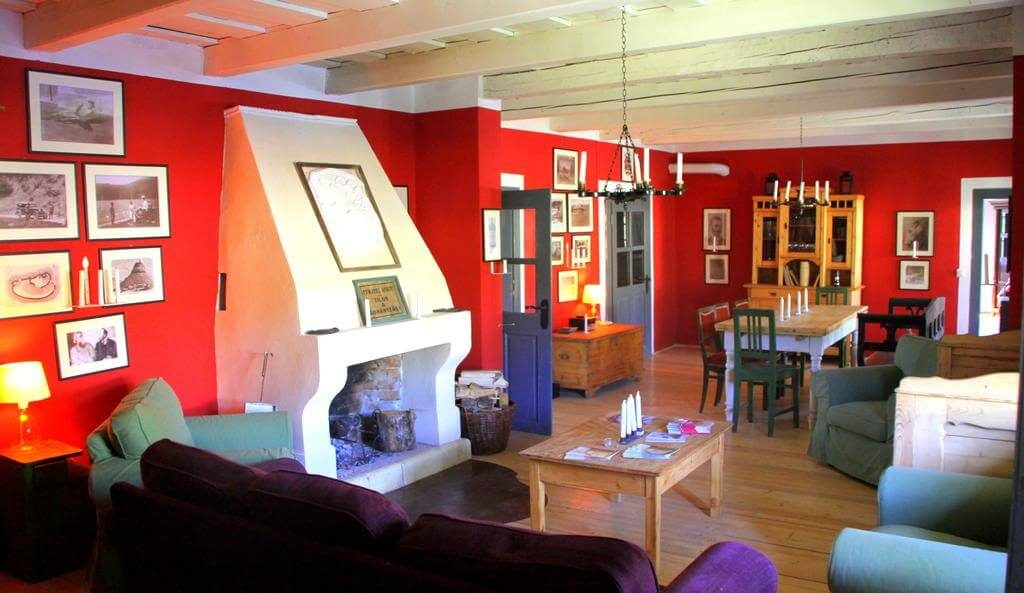 Although located in a small village, the glamorous Benke mansion is luxurious, offering all the modern facilities including a spa, a gourmet restaurant, a large garden and many other amenities. The mansion was refurbished after the plans of the original building classical style from the 19th century. 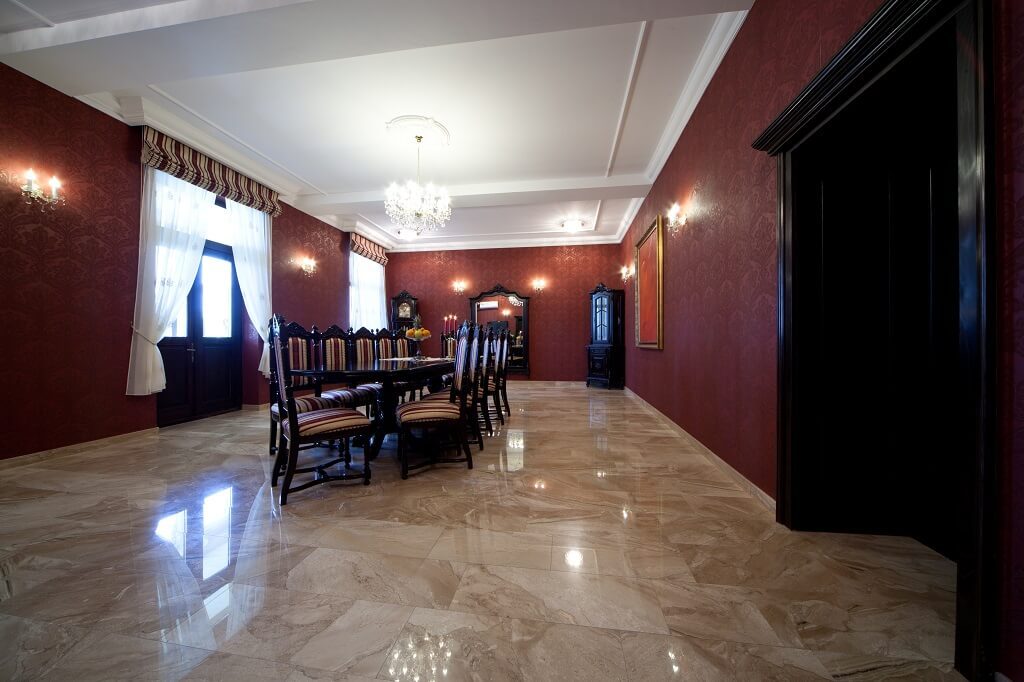 Daniel Castle has a history of 347 years of existence. Enjoy its history and its medieval architecture and if you’ll travelling in groups you can indulge with the house specialties, such as wine paring or a renaissance feast, including game dishes and a traditional dance program. 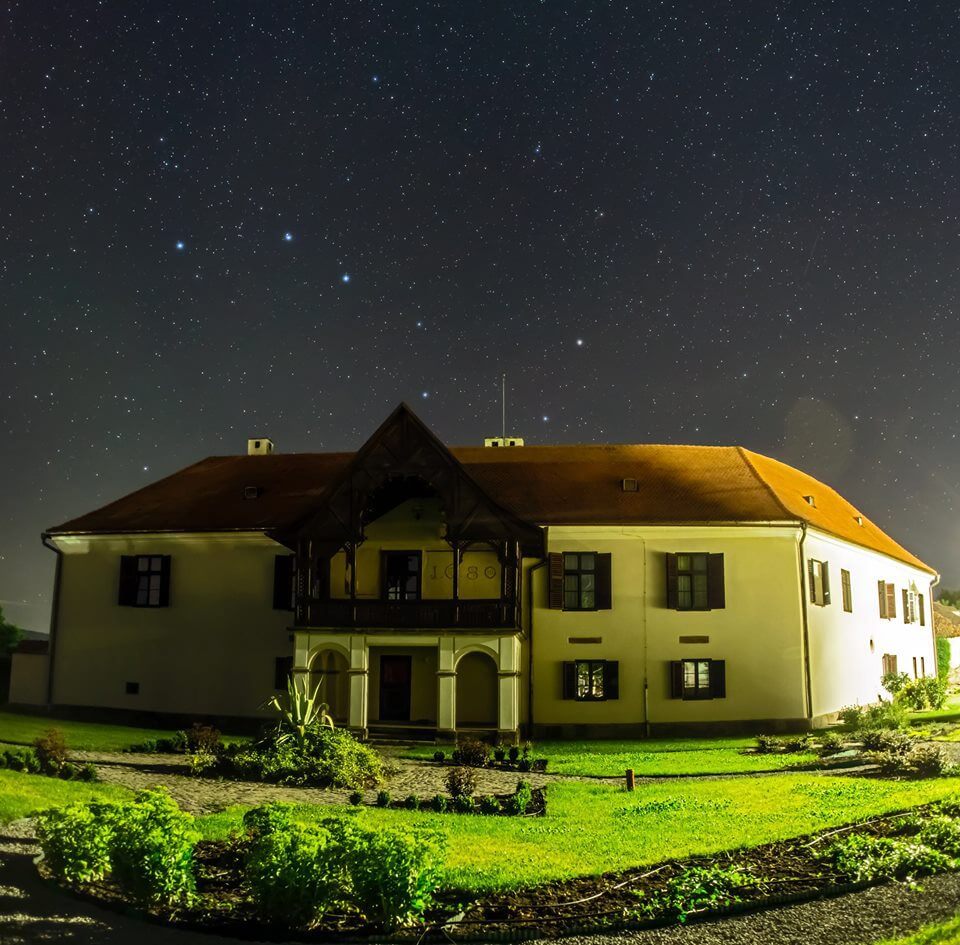 Another castle with a rich tradition and history, but owned by a Saxon family is the Haller Castle in Ogra, whose foundations were set in the 17th century. The wine cellar is the original one, much appreciated for its collection of wines and generous space and can easily accommodate around 100 persons. 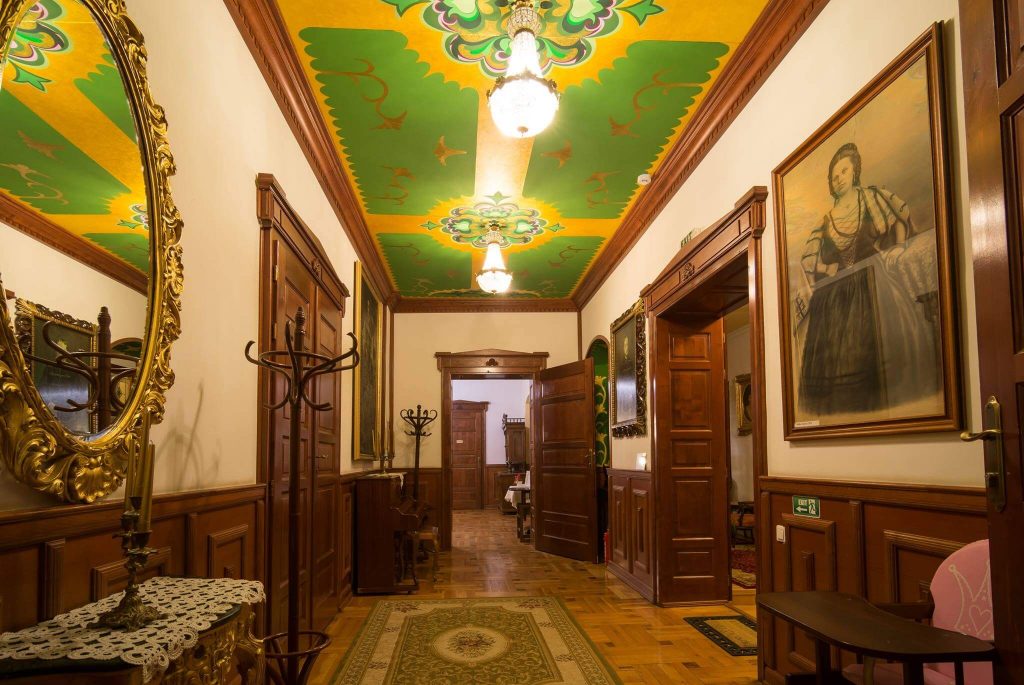 For larger groups, up to 1000 people there is a venue in Transylvania, the Brukhental palace, best known for its late baroque architecture and its amazing park and orangery. The spacious gardens and buildings date from the 18th century and they represent a unique baroque scene in southern Transylvania, suitable for any type of events.

For shabby chic style lovers there are also options as the Heldsdorf mansion is designed thoroughly respecting this romantic approach and therefore it is a popular venue for private and corporate parties, as well as weddings. Its proximity to Brasov and Bucharest is also makes it very appealing and easy to reach directly from the Bucharest airport. 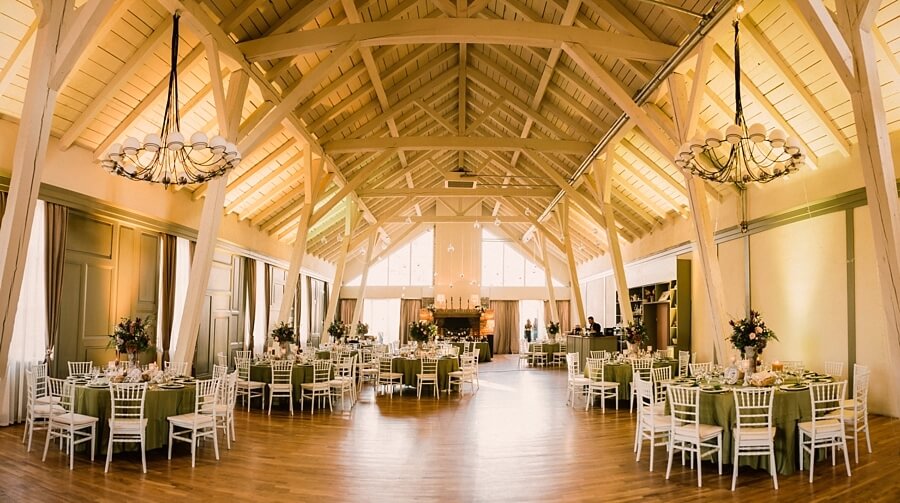 As most of the travellers start their journey in Bucharest, the capital of Romania, they should know that in Bucharest and in the surrounding areas there are palaces, castles, mansions and inns ready to accommodate smaller or larger events, meeting, team buildings or exhibitions.

The Manasia domain is less than one hour distance from Bucharest, established by one of the oldest noble families on Romania’s territory, the Cantacuzino family. Manasia uncovers a rich history, as future kings were born in this place as others died in the same place, it was left to decay under the communism, but at the beginning of the millennium it found a new life. The whole domain can be rented for exclusive events and the elegant beauty of the place is enjoyed together with its avant-garde dishes and great wines selection. 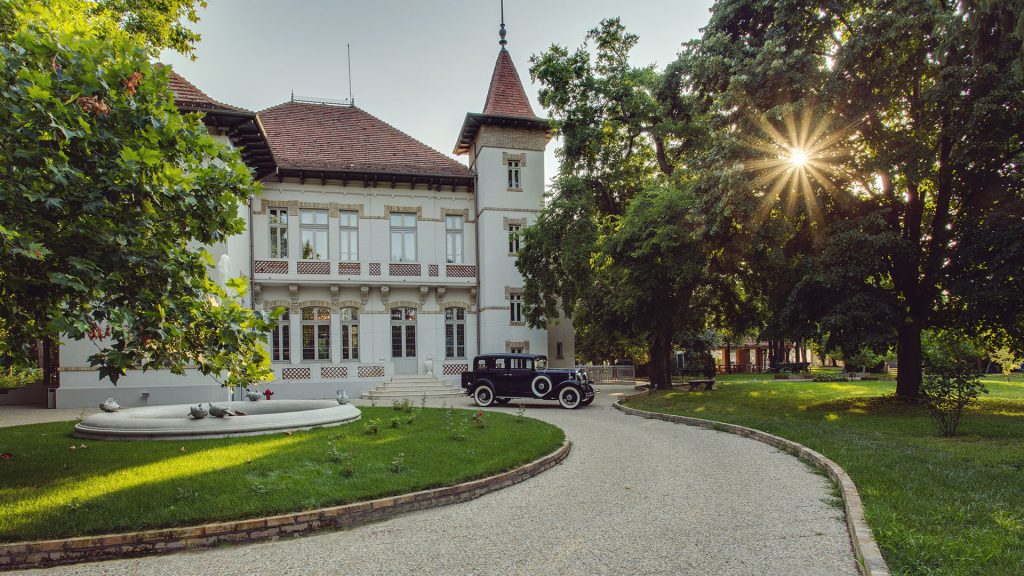 Another must visit for wine lovers is the Urlati Mansion in close proximity to Bucuresti and also Brasov, on the Wine Route. The Romanian wine route is a whole region in Prahova district at the same latitude with the popular Bordeaux region in France and having all year round a perfect climate for red wines. One of the most famous wines in this area is Feteasca Negră, which is also called “The Ambassador of Romanian Wines” due to its special qualities and international recognition. 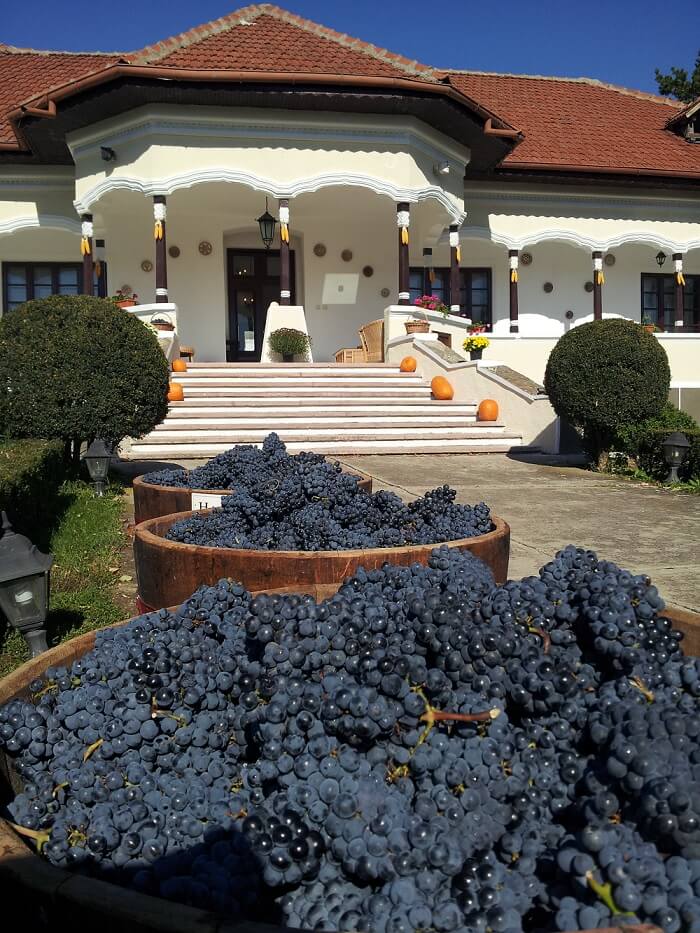 In the boyar house, which was built in 1922, you will find an underground wine cellar where red wine is matured in oak barrels where daily tasting is done.

In the same small town there is Conacul dintre Vii, the Mansion between vineyards, an inn established at the beginning of 19th century still preserves the same atmosphere and traditions of the region: white walls, woven carpets, wood and iron, old furniture and local cuisine. 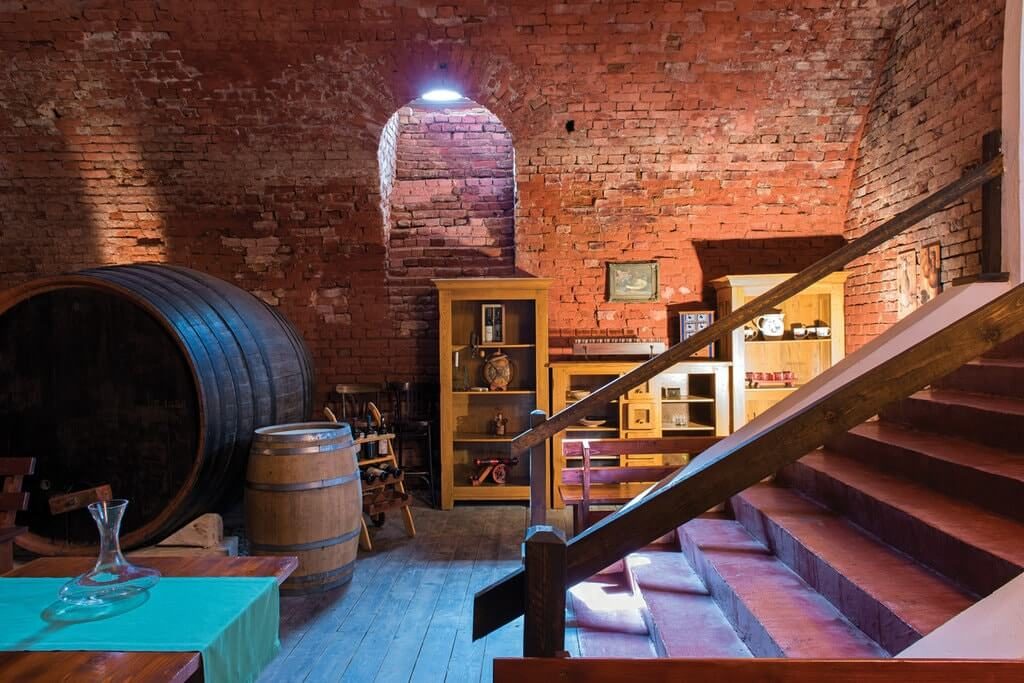 Another remote but close site from Bucharest is the fairytale place located between vineyards: Miss Ralu’s mansion, established in 1925. Miss Ralu Caragea was the daughter of the greek ruler Caragea and she is known as the founder of the first theatre in Bucharest. The domain was left in ruins for over 50 years, but nowadays is a place you will fall in love with. 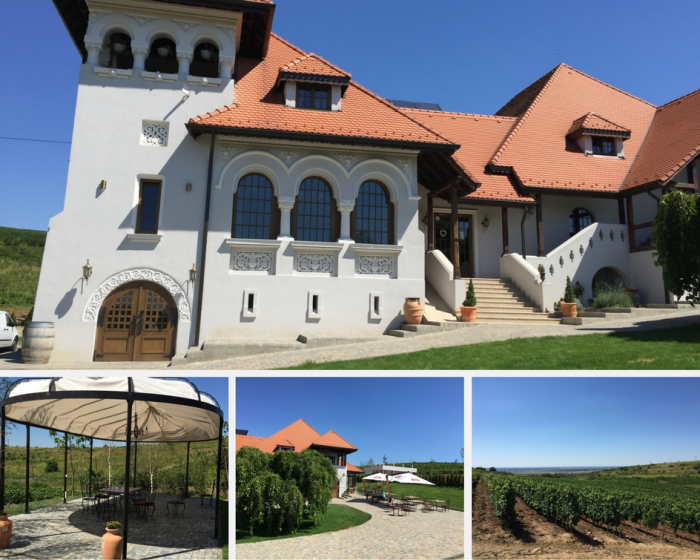 For comfortable luxury in the middle of the nature Hadar Chalet is another amazing option for small or large groups of people. It has over 30 thousand square meters of garden and 60 hectares of forests, where you can walk, hike, bike, run, climb or go horseback riding. There are plenty of activities to do for any age and preference. The food is fresh, locally produced and cooked by the village cooks.

At the southern Romanian borders lies a cultural fortress port, Portul Cultural Cetate. Located on the bank of the Danube river between Calafat and Turnu Severin, it functioned from 1880 until the middle of the last century as an agricultural port, where wheat and flour were exported to Budapest, Vienna and the Danubian German cities. Port Cetate is today recognised for its special gastronomy, inspired by old boyar recipes, produced only with natural ingredients from its own farm, but also for ‘Dinescu’s Wine’ produced at the Galicea Mare Wine Cellar. The two vineyards at Cetate and Galicea include both native varieties and European noble varieties and, although they are still young, they have some outstanding wines. 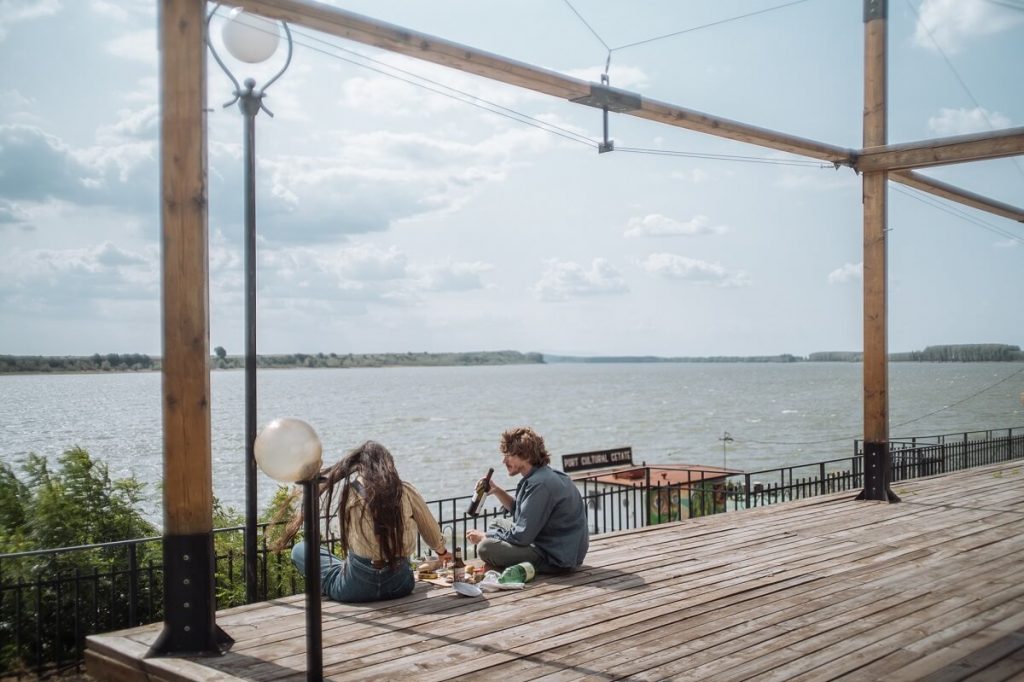 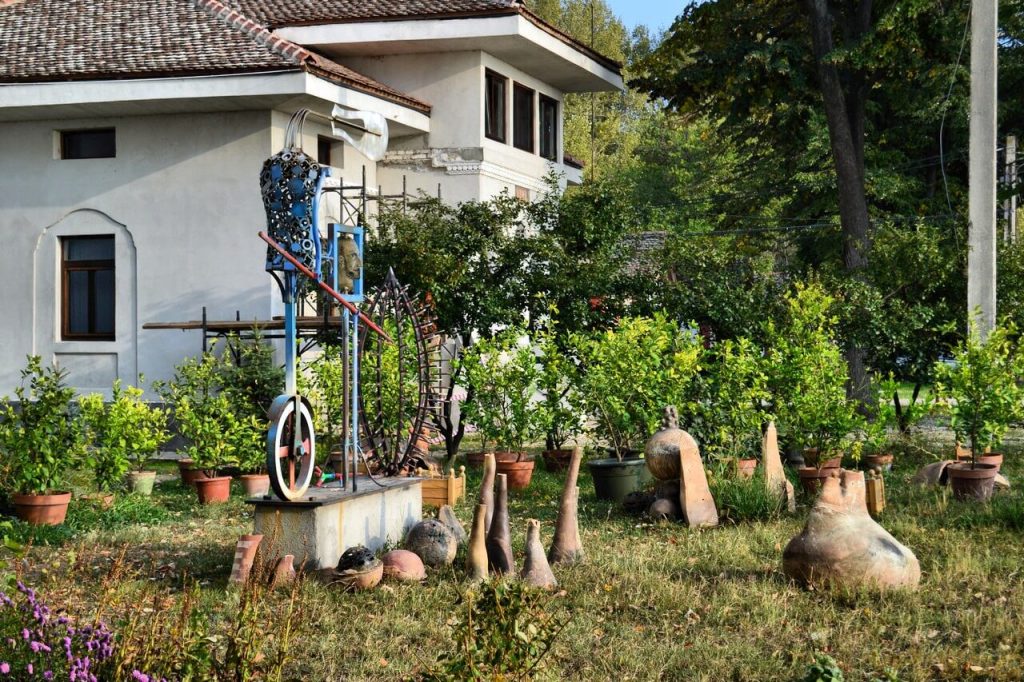 We could not end this article without mentioning a few of the glamorous castlesin the historical region of Moldavia, which are can interesting mix between different styles of architecture and show the passion of their founders for French culture.

Sturdza Castle is a living monument of neo-gothic architecture built at the end of the 19th century on the remains of an old manor belonging to the Sturdza family. The castle is surrounded by a park with trees with and average age of 130-150 years. In the park there are also oaks and ashes with ages of 250-300 years old and the oldest tree in the Sturdza park is an oak that is nearly 400 years old. 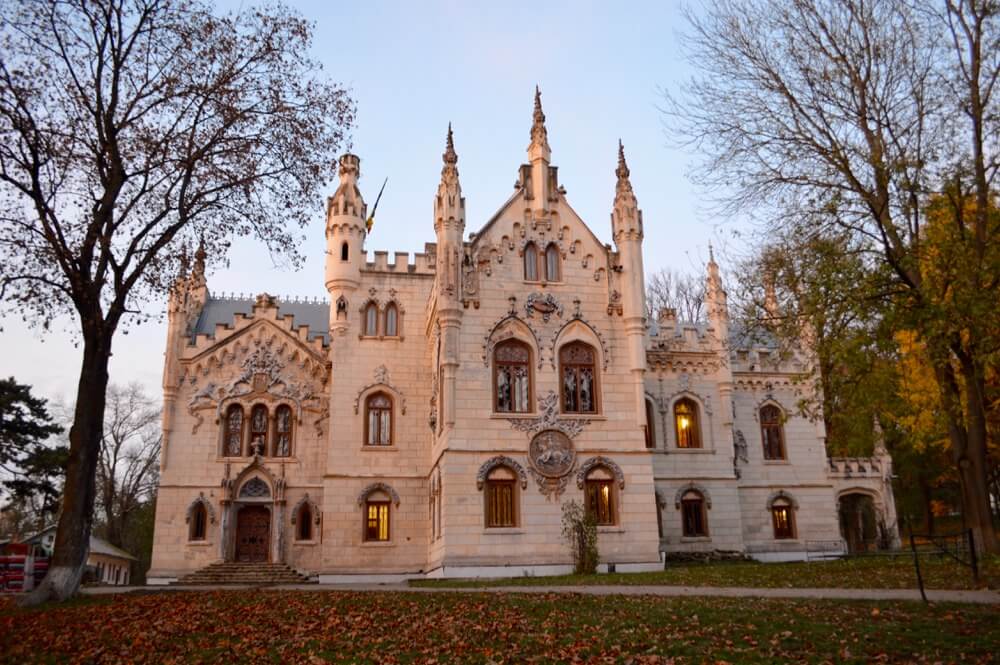 The Polizu Manor has architectural and memorial value for the Romanian history as it hosted members of the royal family. Polizu family was some of the most hospitable and exquisite Moldavian hosts and the guests were served with delicate Romanian, German or french dishes with locally grown ingredients and game hunted on the domain, incredible Moldavian wines and surrounded by music, laughter and joie de vivre (joy of life). 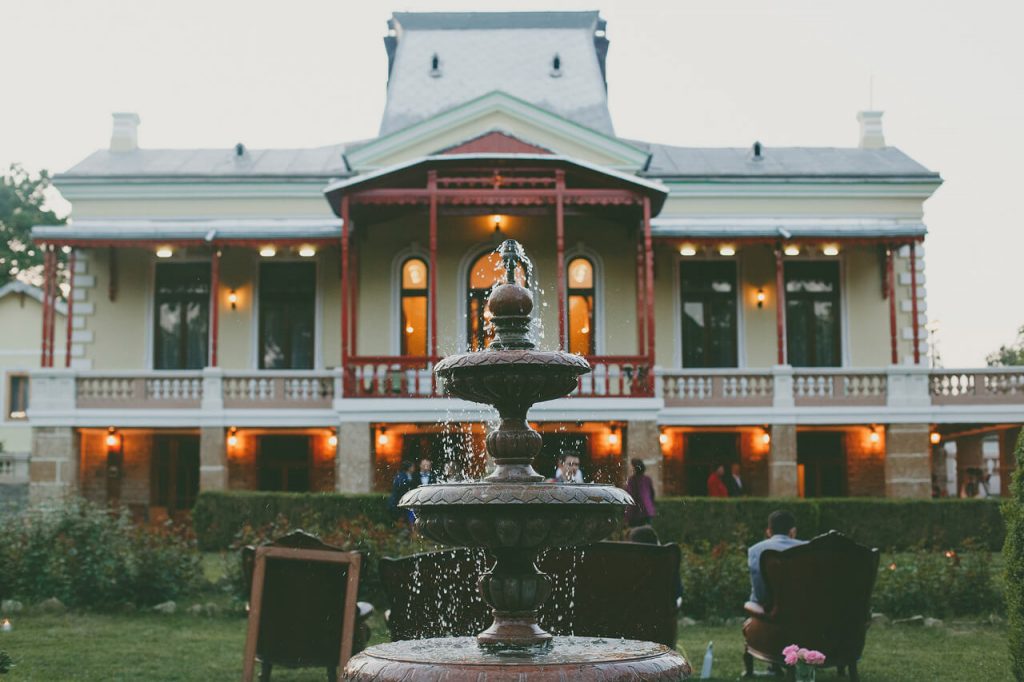 Nowadays Polizu manor is trying to keep alive the same traditions and to perpetuate the reckon Moldavian hospitality. If you’re looking for one of the kind event indoors or outdoor, Polizu Manor will never disappoint. 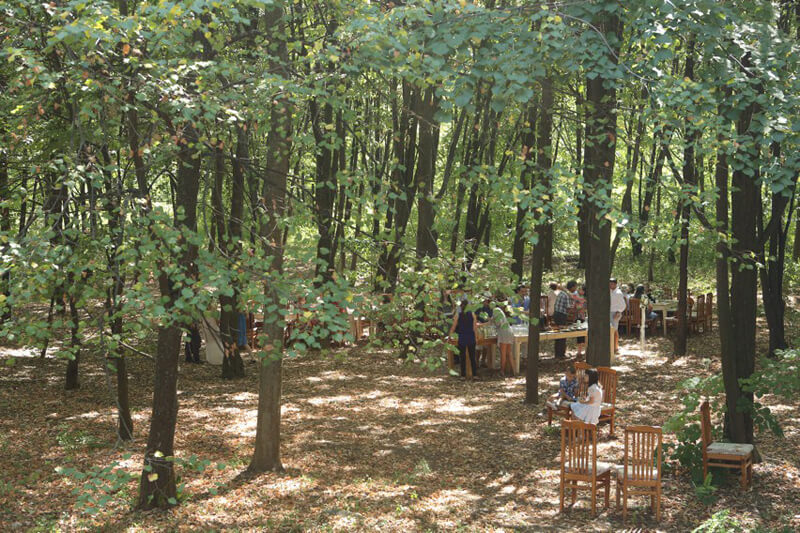 No matter the purpose of your celebration or event we are specialists in finding a smaller or larger property to accommodate all your guests, insuring the transportation, transfers and all the logistical details so that you can truly enjoy our wonderful locations.

We are Fix Travel, a DMC Romanian company based in Bucharest,specialised in group, corporate and incentive travel. We provide authentic and out-of-the-box experiences, as we have the local knowledge and all the needed local connections. Handling unexpected requests is our specialty and making you life easier is our vision. Contact us (LINK) today to arrange your next Romanian trip!