Although most winter holidays are offering exotic or ski getaways, this year, Fix Travel, a Romanian DMC presents you another type of winter holiday. It might be cold outside, but a Christmas holiday in the Romanian countryside will definitely warm up your soul, bring up memories of home, grandparents, family, and traditions and sometimes even some tears of pure joy in your eyes.

Visiting Bucovina or Maramures is more than authentic. It is like traveling back in time and it usually reaches peoples’ hearts, it loads them with positive energy and brings them closer to the divine part of life.

One of the finest destinations to travel in Romania in the winter is Bucovina, a historical region in the North of Moldavia. Bucovina has breathtaking natural landscapes and it is rich in history, traditions, legends, and culture, but its greatest gift to the world is the people who are kind, warm, welcoming and cheerful. As it lies in the North of Romania, it can be easily reached from Iasi, Brasov by car or from Bucharest by plane. 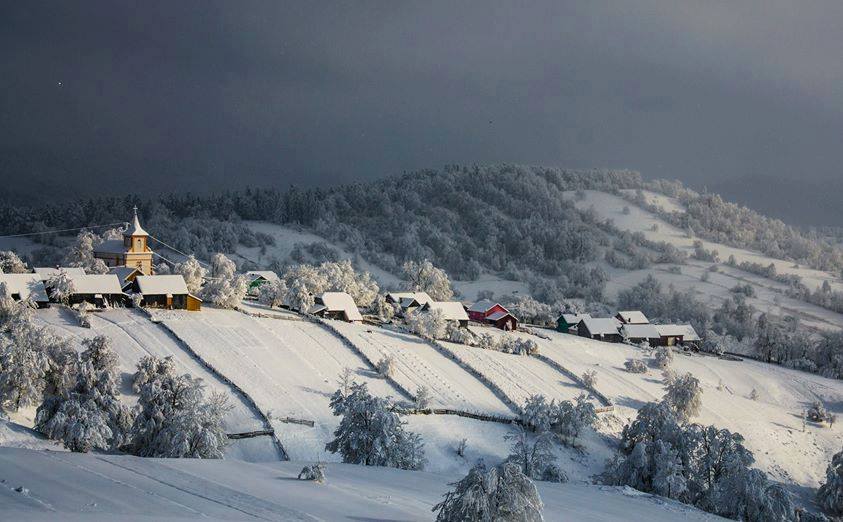 There are tons of reasons to visit Bucovina, especially if you love history, culture, you like good food and want to relax in nature in the middle of some great landscapes. However, Bucovina’s churches and monasteries made it famous all over the world. And let’s not forget the obvious Austrian influence, which has left its mark on the local, Moldovan specificity. Even the name of Bucovina – “Land of the beech” comes from the German Buchenland.

The unique churches and monasteries in Bucovina

Bucovina has become a tourist attraction and a pilgrimage site mainly because of its ancient worship places, founded hundreds of years ago by Moldavian rulers and important historical figures. With a specific architecture for this region and unique frescoes, colored with pigments whose composition has not been discovered yet, the churches and monasteries in northern Moldavia should be seen at least once in a lifetime. Their historical value is recognized worldwide as many of them are part of the UNESCO’s patrimony. 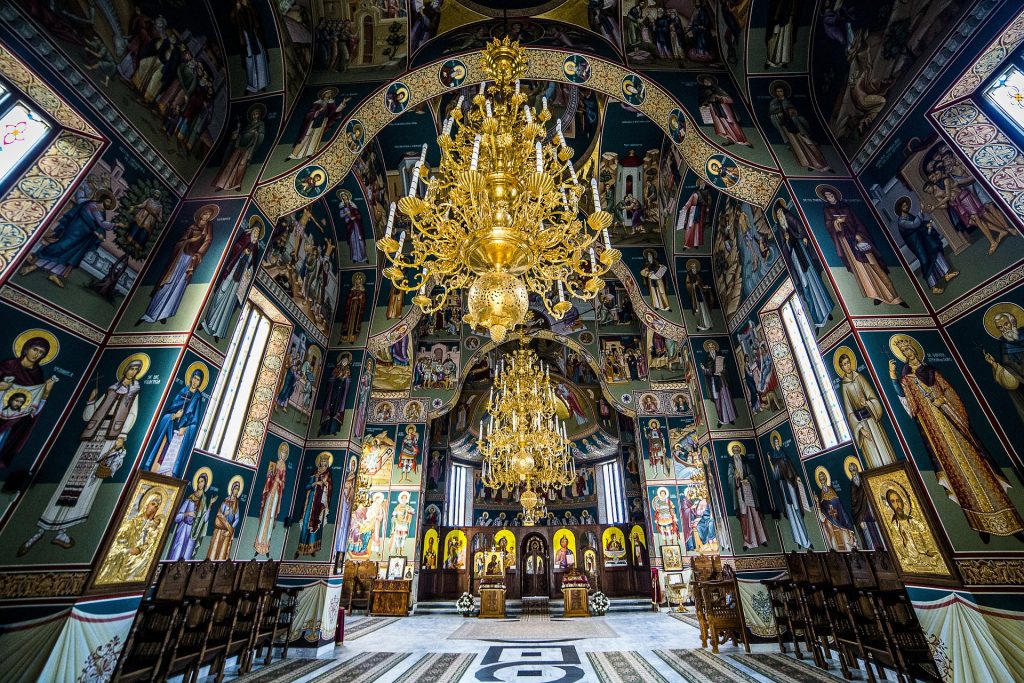 For whoever has eyes to see and ears to hear, each fresco on this old churches is like a story, telling sacred or historical happenings. The paintings on Moldavian churches were made at a time when very few people knew how to write and read, so the Bible was illustrated in order that everyone could understand it. The inner walls and the outside walls of the monasteries and churches in northern Moldavia have this unique frescoes, which have been preserved although this region has a tumultuous history. 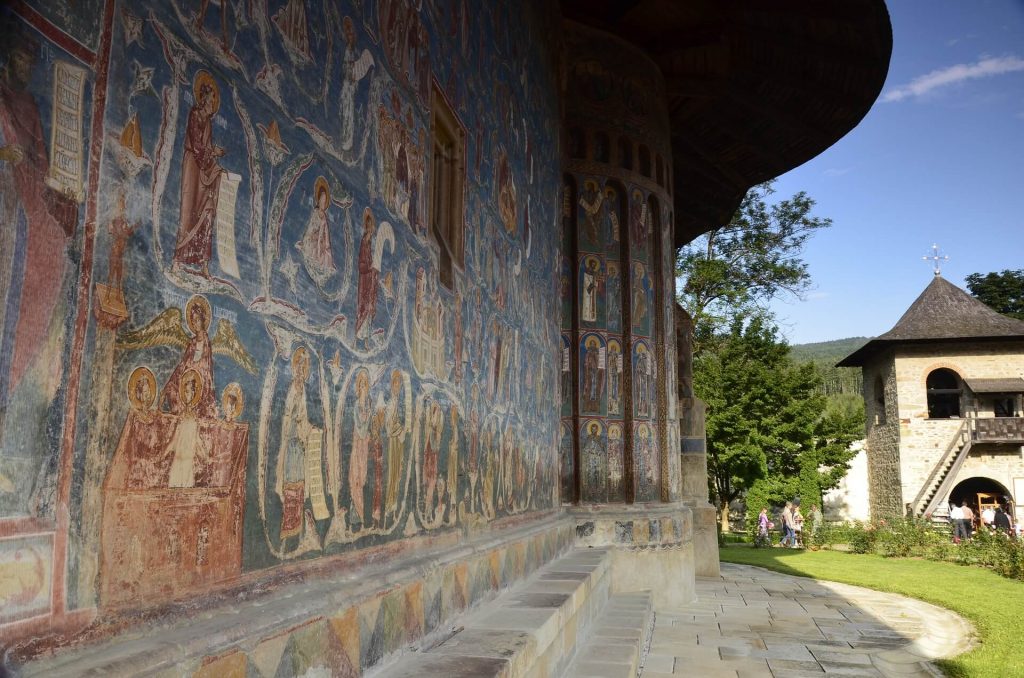 For their wonderful frescoes, which illustrate very suggestively scenes from the Bible and from the history of this region, seven churches from Bucovina were introduced in 1993 as part of UNESCO’s patrimony. The Arbore church (built in 1502 at the wish of Luca Arbore), Humor (1530), Moldovita (1532), Patrauti (1487, Stephen the Great), Probota (1530, Petru Rares), “Sf. John the New” Suceava (1514, Bogdan the Blind III ) and Voroneţ (1488,). In 2010, the Suceviţa Monastery (1582) was included in the group of painted churches part of the UNESCO’s patrimony. 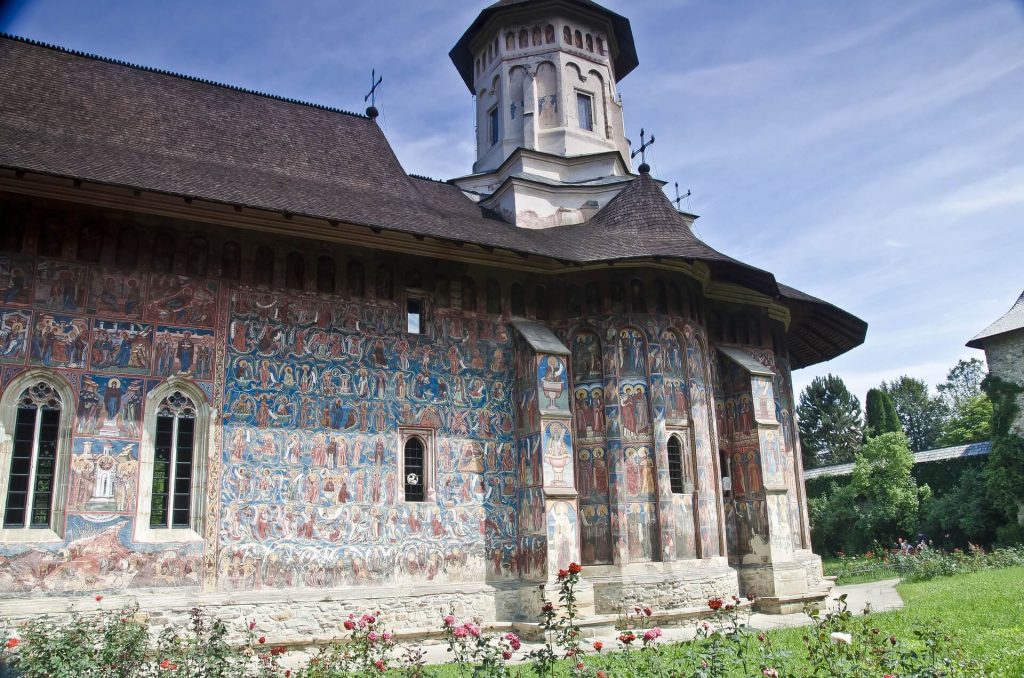 Besides the above, there are also several dozens of old and beautiful places of worship. Just mentioning a few such as Dragomirna, Putna Monastery – where is the tomb of Stephen the Great, Raşca and Bogdana Monasteries. 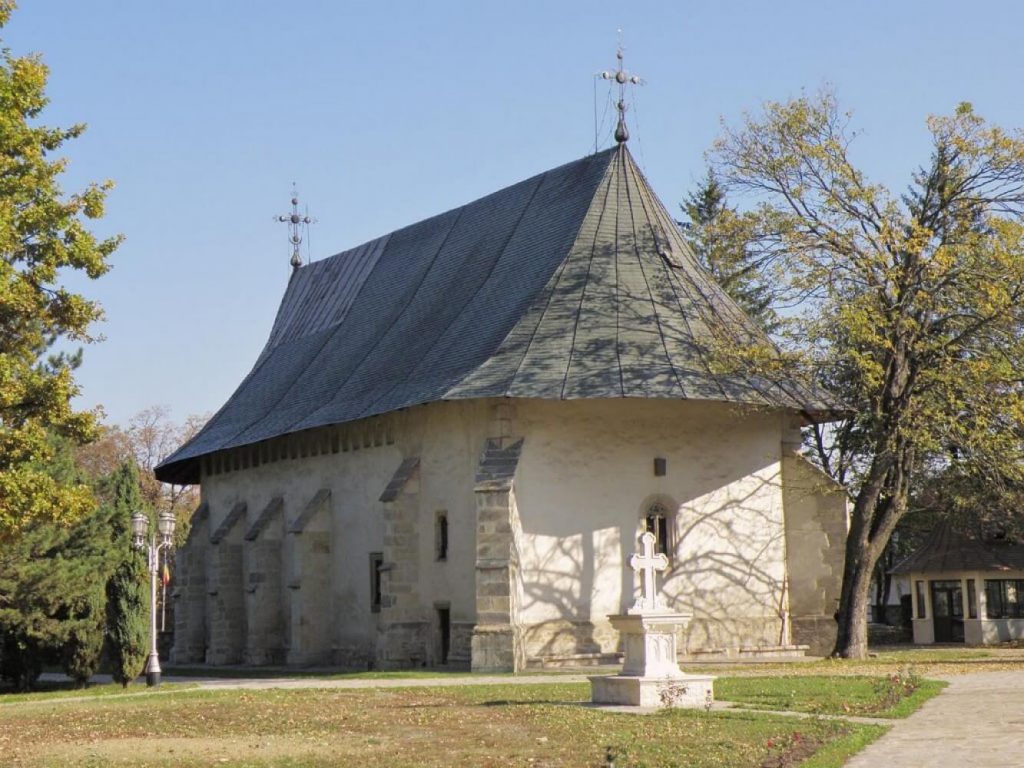 Bogdana Monastery is the oldest stone building in Moldova

There are also over 30 old wooden churches throughout Bucovina. The most famous wooden church is also the oldest, the wooden church Dragoş Voda located at a few hundred meters from the Putna monastery. 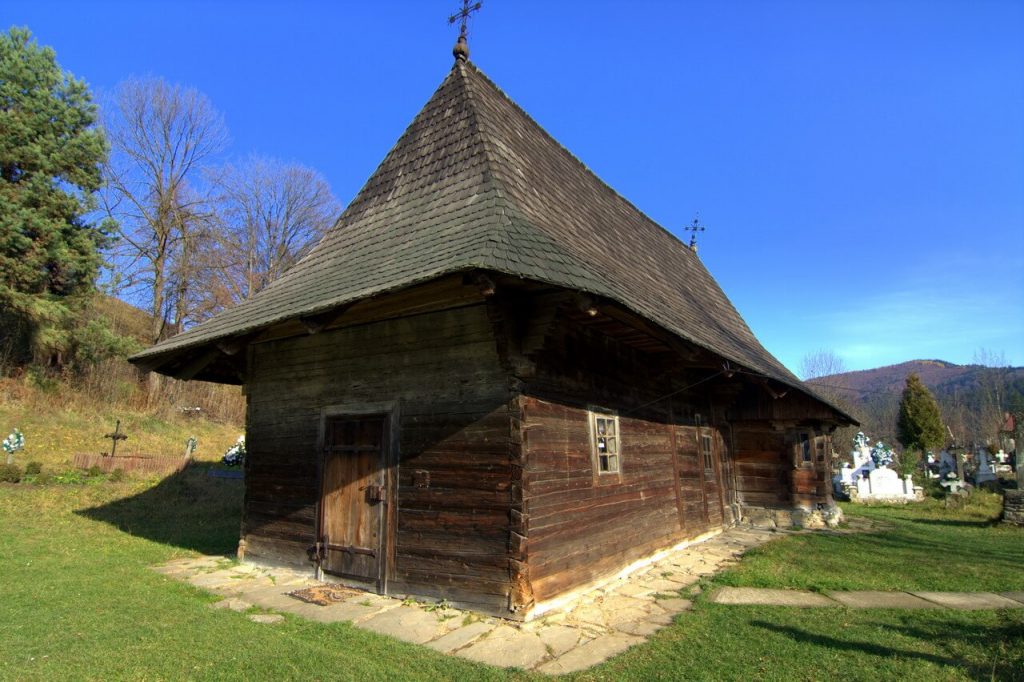 Dragos Voda church is one of the oldest wooden churches in Europe and the oldest in Romania. Its eastern part dates back to the beginning of the 15th century, and it is traditionally believed to have been brought from Stephen the Great from Volovăţ. The Moldavian ruler moved it to Putna 122 years after Dragos Voda built it. 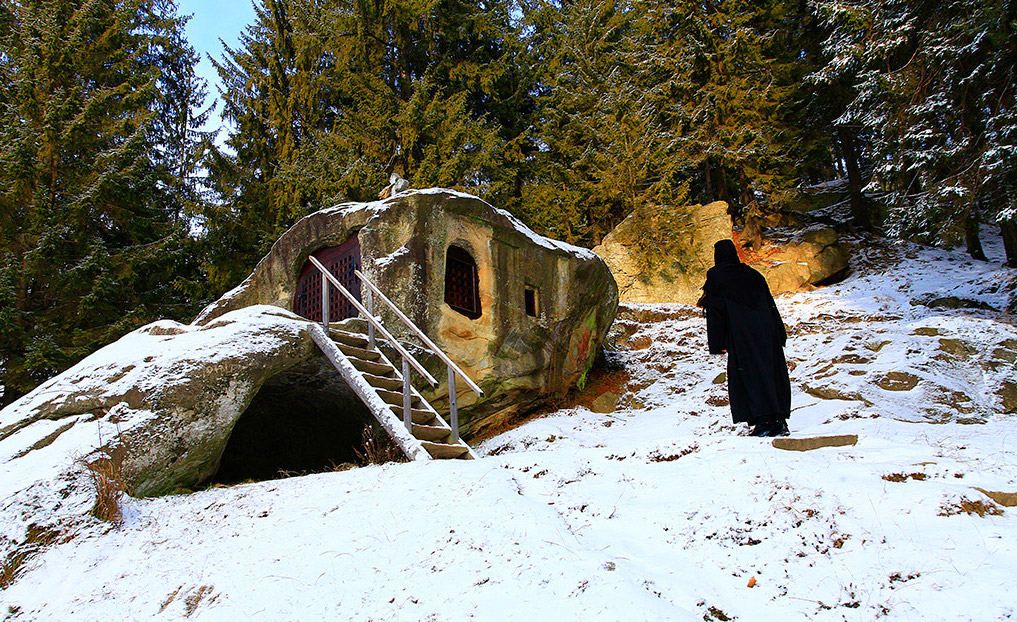 Also near Putna there is the small chamber carved into rock and inhabited by Daniil The Hermit, the adviser of Stephen the Great. Daniil The Hermit’s humble home is located at about 1.2 kilometers from the Putna Monastery

In the Moldavian Middle Ages, like in the rest of Europe, the state and the church were working closely, as the religion was one of the most important aspects of life. For the ones who love to better understand these beautiful Unesco monuments from Bucovina and place them into the historical context, a visit to the Moldavian Citadel, the capital city of many rulers of the Middle Ages and Renaissance is a must. 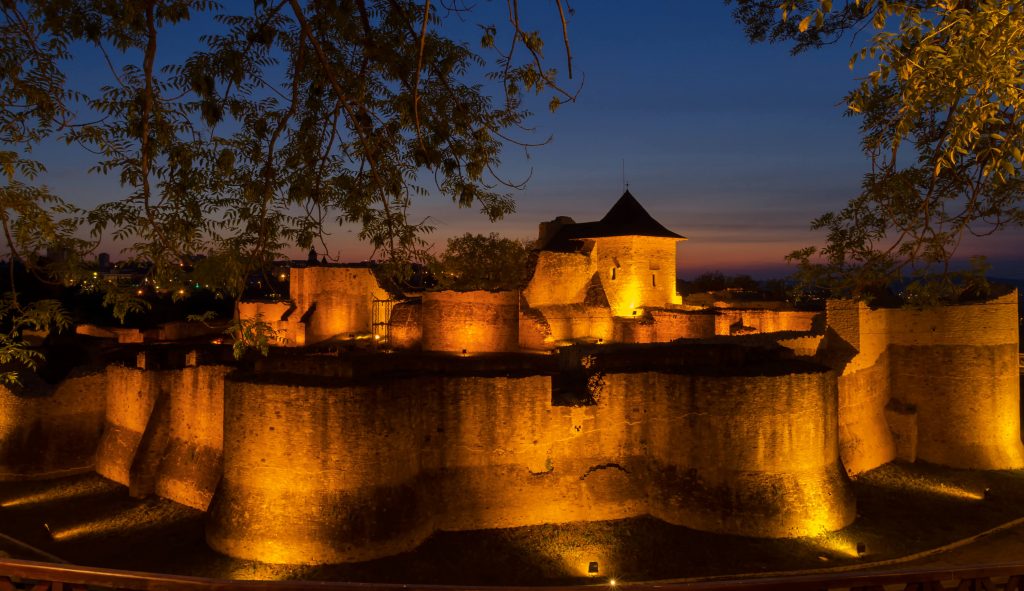 Once entering the Fortress of Suceava, on the bridge connecting it to the city, you will discover a fortress hard to reach, similar to the military fortresses in Transylvania, such as Hunedoara, the Corvin Castle or Fagaras Fortress. It seems that the Suceava Fortress was better positioned, given the landscape of the place, at the base of a hill that separated it from a huge ditch and on the opposite side, a chasm. 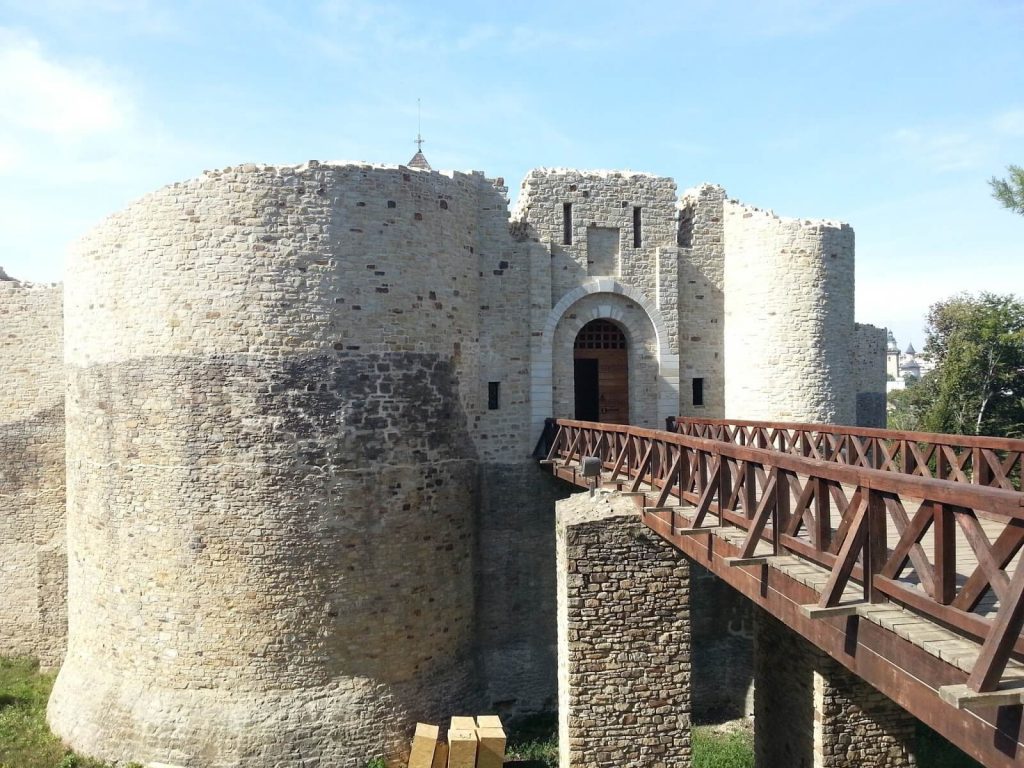 If there was a medieval model of a fortress that could not be conquered, it was Suceava’s fortress! The interior of the fortress is austere, the rooms are small, like cells. Inside the citadel, you will also find a little church, the inner courtyard that probably became cramped in times of siege or celebrations and the cellar. 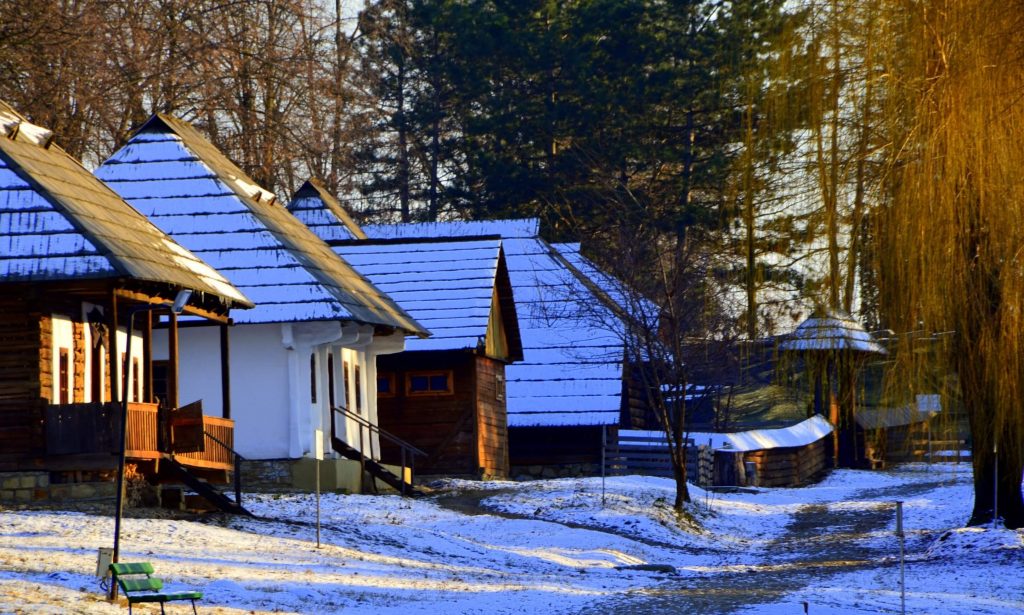 Near the Citadel is Bucovina Village Museum, whose streets will help you continue to travel back in time. Wooden and clay and straw houses, authentic homes that give to the visitors a clear overview of how people lived centuries ago in this part of Eastern Europe. The heart of the museum is the church and the bell of the Vama (Custom) village, dating back to 1783.

The bucolic Bucovina is a land dedicated to all nature’s lovers, as its offer is more than generous, with round hills, mountains, and forests. 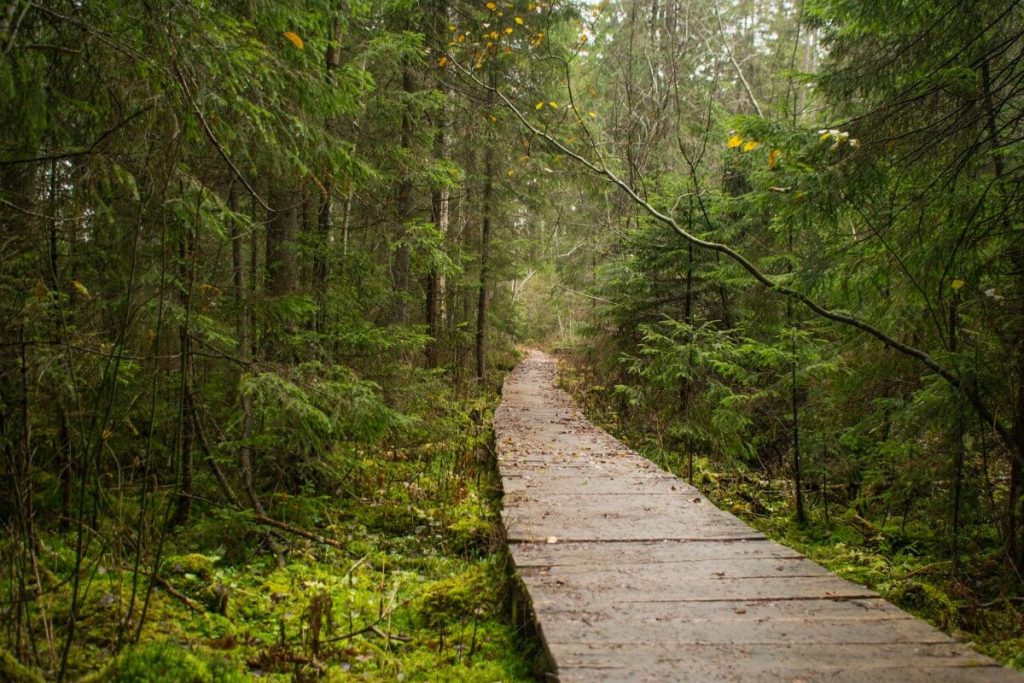 The ancient grasslands of Bosanci, home to many plants and the Ancient forests from Slătioara, where are the tallest and thickest firs and spruces in Romania are a great destination for anyone who loves hiking and trekking. 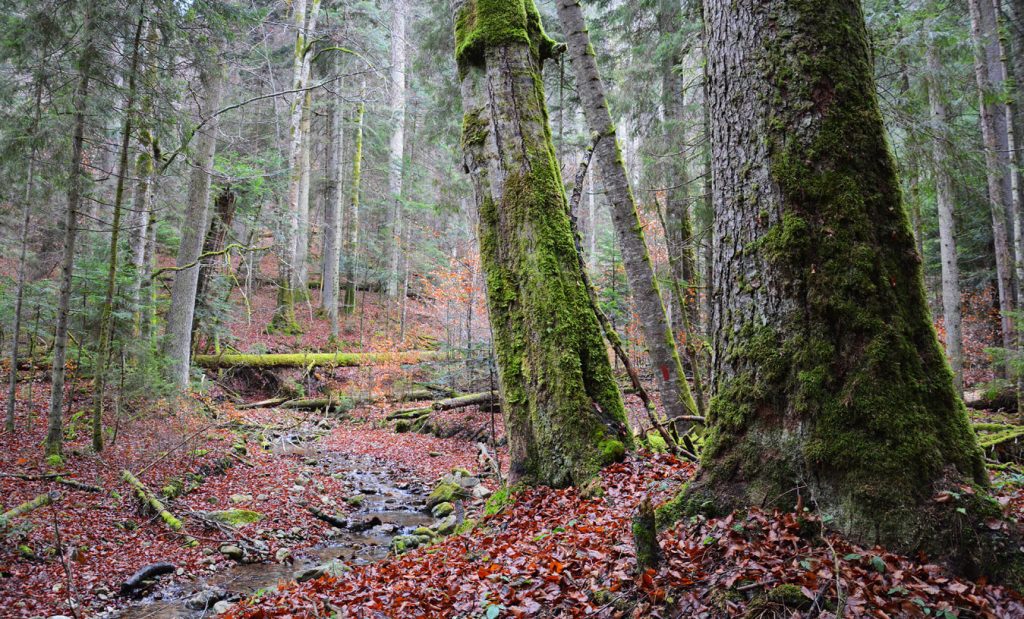 The “12 Apostles” geological reservation in the Călimani Massif and the Lady’s Rocks Reservation are some other attraction for the ones who love the forests and the mountains. 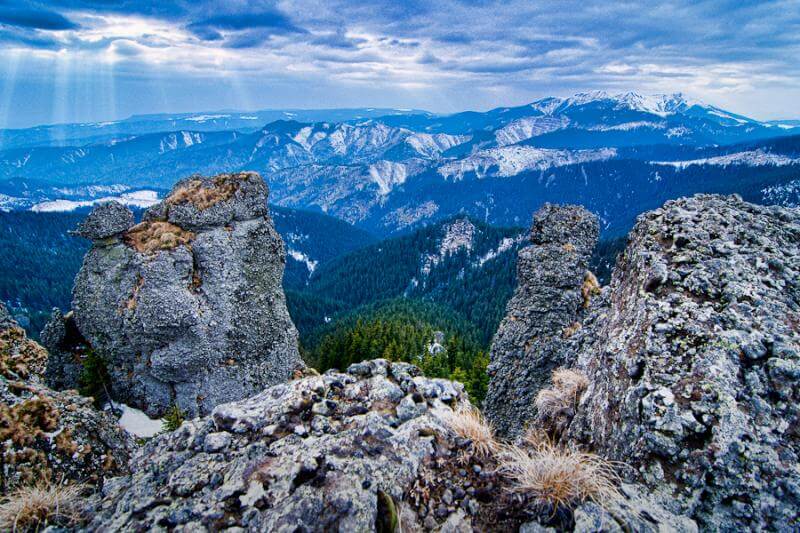 The Marginea village, with its black or grey ceramics, is one of the villages in Bucovina which preserves intact the fine craft of pottery. The black ceramics in Marginea are produced according to the old Dacian methods, passed from one generation to the other, and its fame has crossed Romania’s borders. Marginea village is surrounded by forests, it has a perfect clay soil and it is crossed by Sucevita river. It meets all the basic conditions for this craft where clay, water, and fire form a magical triangle. 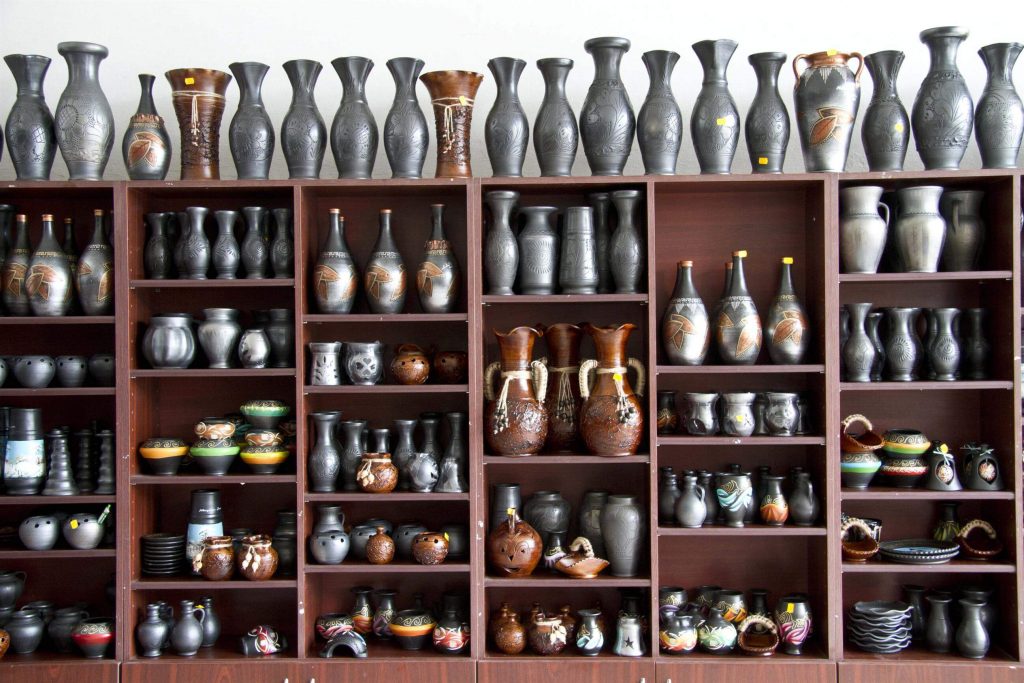 In Bucovina, there are also three museums devoted to this delicate craft, the traditional art of egg painting. The Egg museum from Vama belongs to a teacher whose collection counts approximately 7,000 eggs painted in Bucovina and brought from 72 countries. At Moldoviţa, you will find an artist exhibiting more than 5,000 painted eggs from every corner of the world. 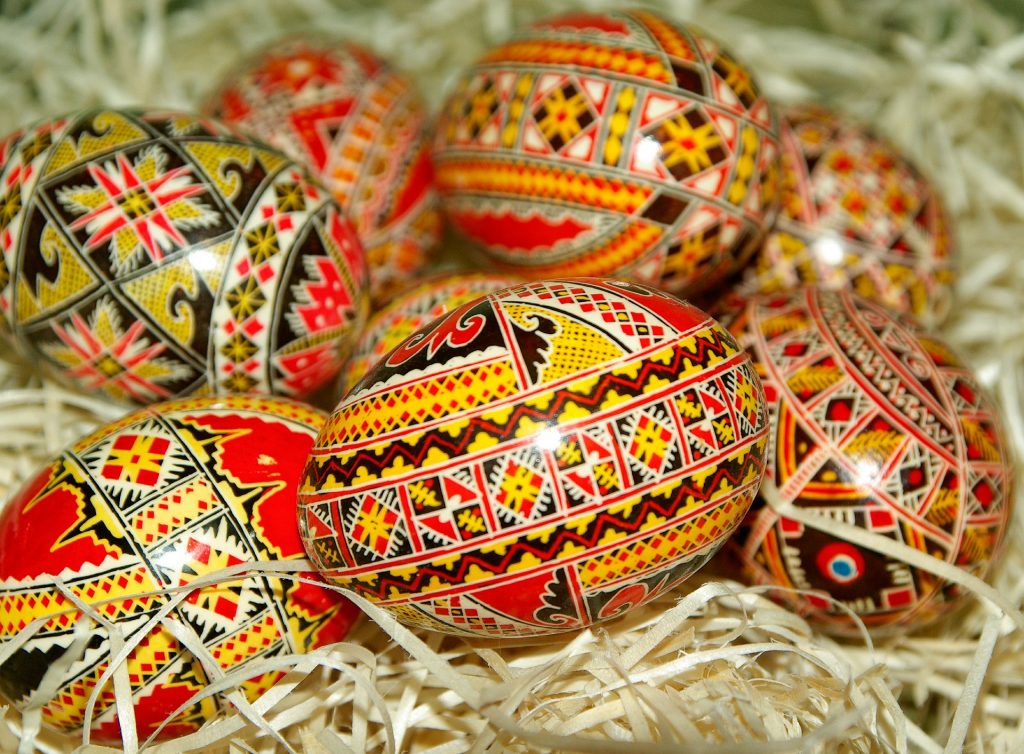 The Ethnographic Museum in Gura Humorului will unveil some interesting practices in Bucovina and it is a fascinating exhibition of Romania’s rural way of life. Many practices are common to other countries in Europe, especially in the farming areas, so everybody will feel a little home in this museum who brings up in visitors long forgotten sweet memories. 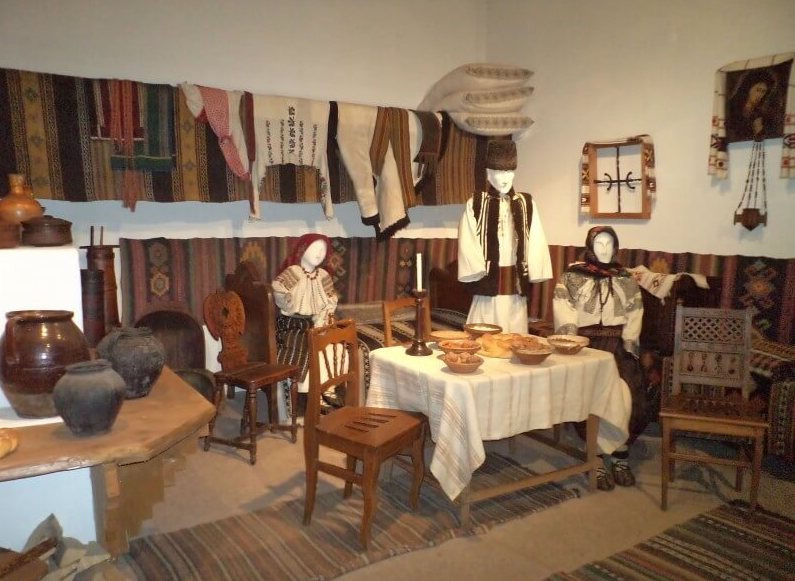 Regardless of their age, the people born in Bucovina are committed to their traditions, which they are proud of and they promote them on every occasion.

Christmas traditions have been preserved for centuries. There are hundreds of ancient rural customs. For example, in the Christmas Eve things borrowed through the village are being recovered or returned, because it is considered bad luck to have anything borrowed during the winter holidays. You will find in ever little villages many local traditions based on superstition, religion, and history. 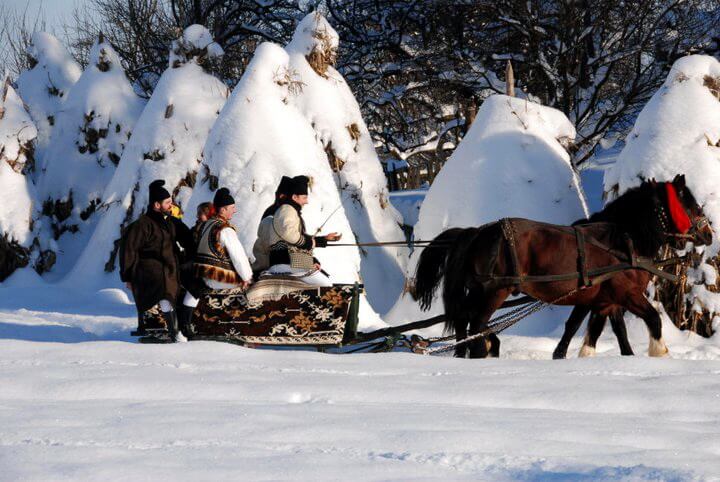 The custom of the Christmas Eve’s dinner has profound and defining meanings for the traditional rural world, made up of farmers and shepherd and it is still kept in the mountain villages of Bucovina. 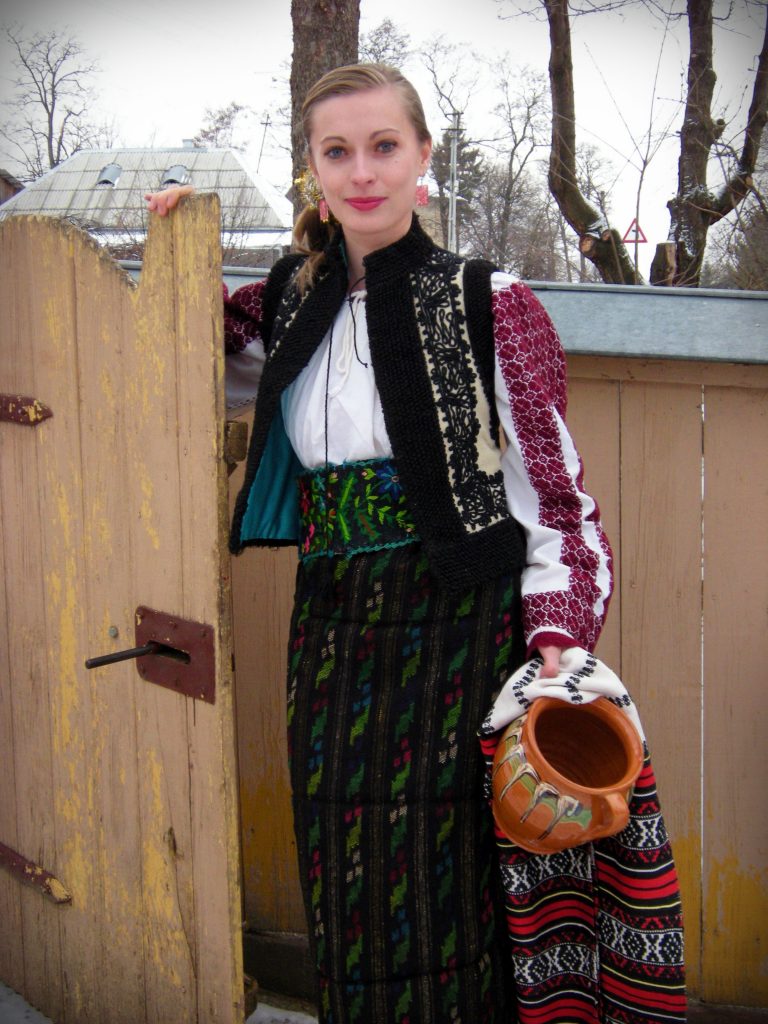 The Christmas carols have been also preserved with great accuracy in most of the communities. The tradition is open with the children, who, around noon, gather in small groups and pass from one house to the other until they reach all the houses in their village. In the past, the little waits, before going out to proclaim the Birth of Jesus, gathered together to ask for forgiveness from each other. 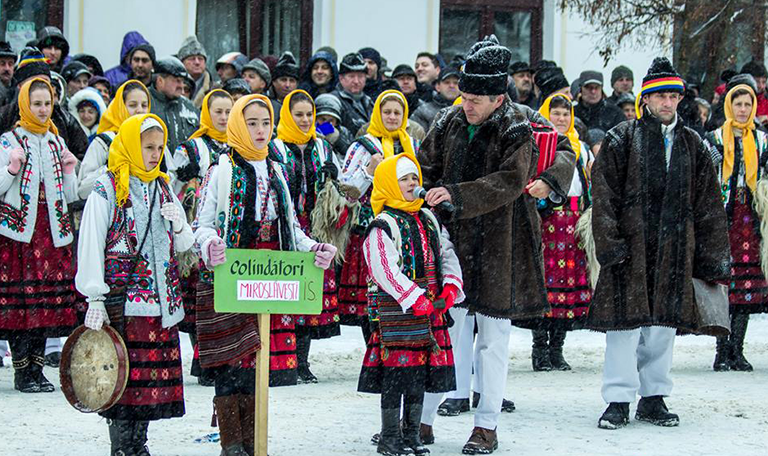 Once with the darkness, the villages are animated by the groups of young men that wander the streets from one end of the village to the other, throughout the night. The young people still dress in traditional winter suits, with sheepskins coats and have fur hoods decorated with myrrh and pelargonium. The head of the group has its head decorated with multicolored ribbons, as a distinctive sign. 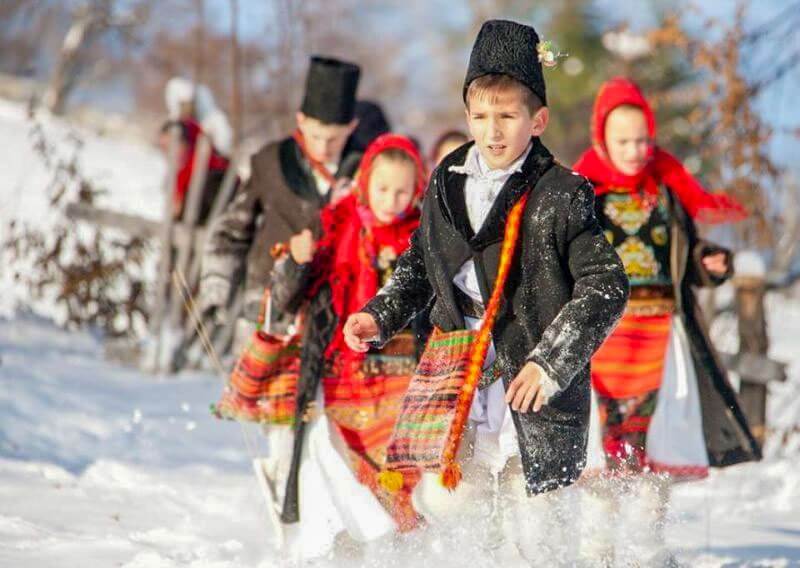 In Bucovina everything you eat is the peak of comfort food; all the dishes are rich, consistent and more than tasty. The cheese specialties made here have the aroma of its green hills and sunny mountains, as the rich cream and the savory butter are added to almost any local dish. 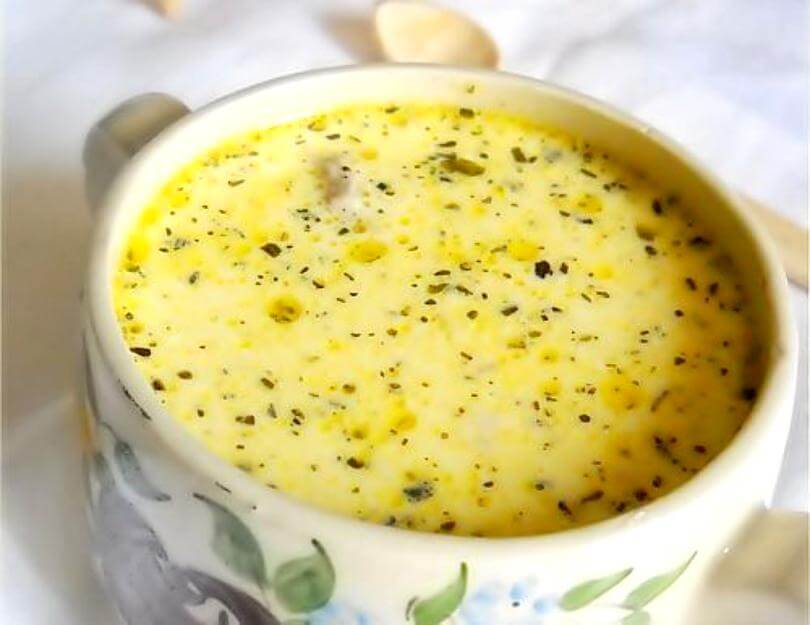 From the shepherds’ specialty with polenta boiled in butter and sour cream and different cheese specialties to the fresh trout with cream, from the wild mushroom soup to the specialty of chicken soup or to the generous deserts, let’s say that Bucovina is certainly not a good place to start a diet. 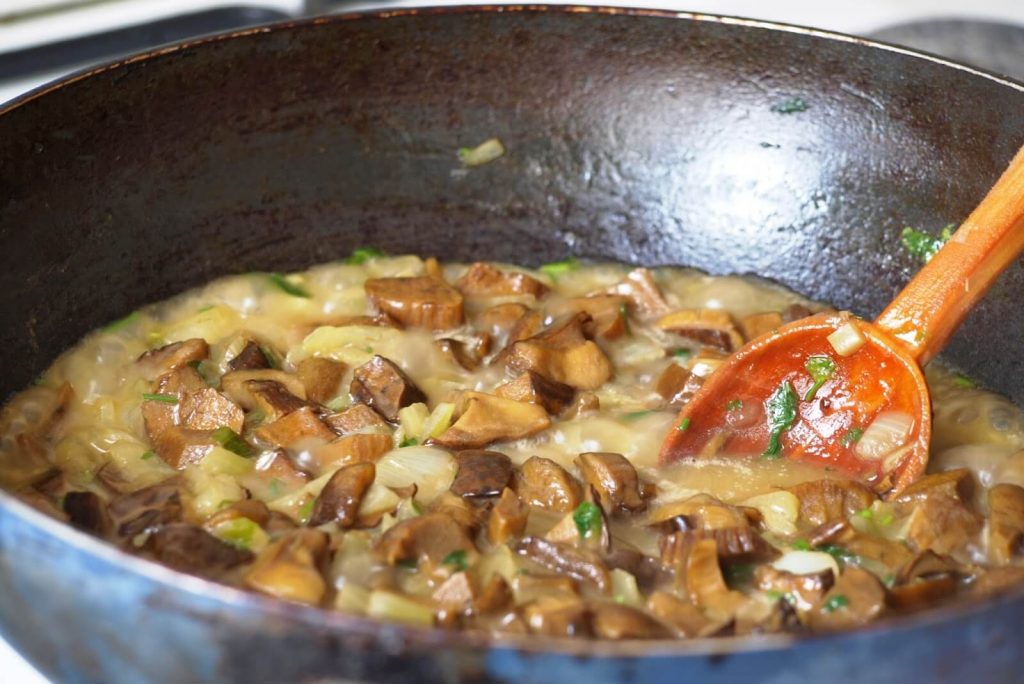 Furthermore, almost everything you can eat here is from the local producers, from farm to table, some of the food organically produced, although your host might not mention that as this is a natural thing all over rural and even urban Romania. 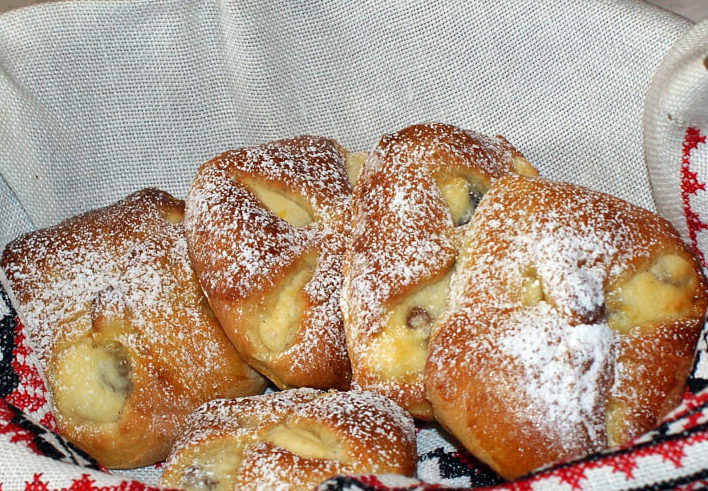 As the Moldavian gastronomy can make anyone really thirsty, you should know that for centuries, Moldova has been renowned for its vineyards and wines. More than 30% of all the vines in Romania are found in Moldavia: light, full-bodied or sparkling wines, red, white and roses, sweet and drys, there are plenty of options for each course of food and desert. 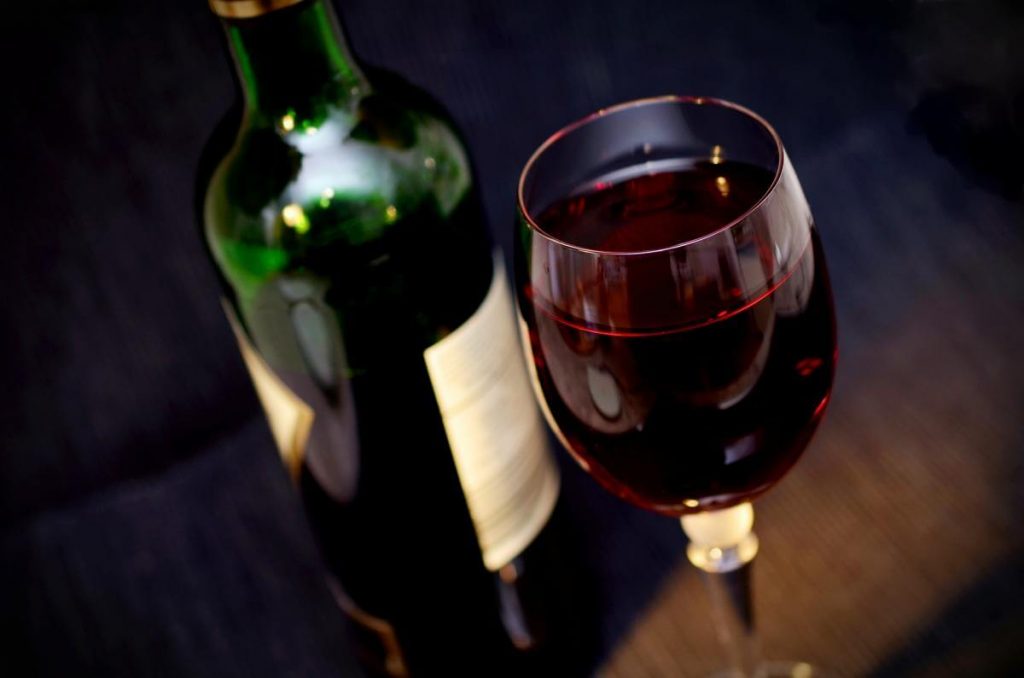 Plus, Bucovina is the main producer of the digestive alcoholic drinks made from fruit berries picked by the locals directly from the surrounding forests such as blueberries, raspberries, wild strawberries or blackberries and alcohol which is again produced locally, form plums, apples, and pears. The natural aroma is unmistakable. 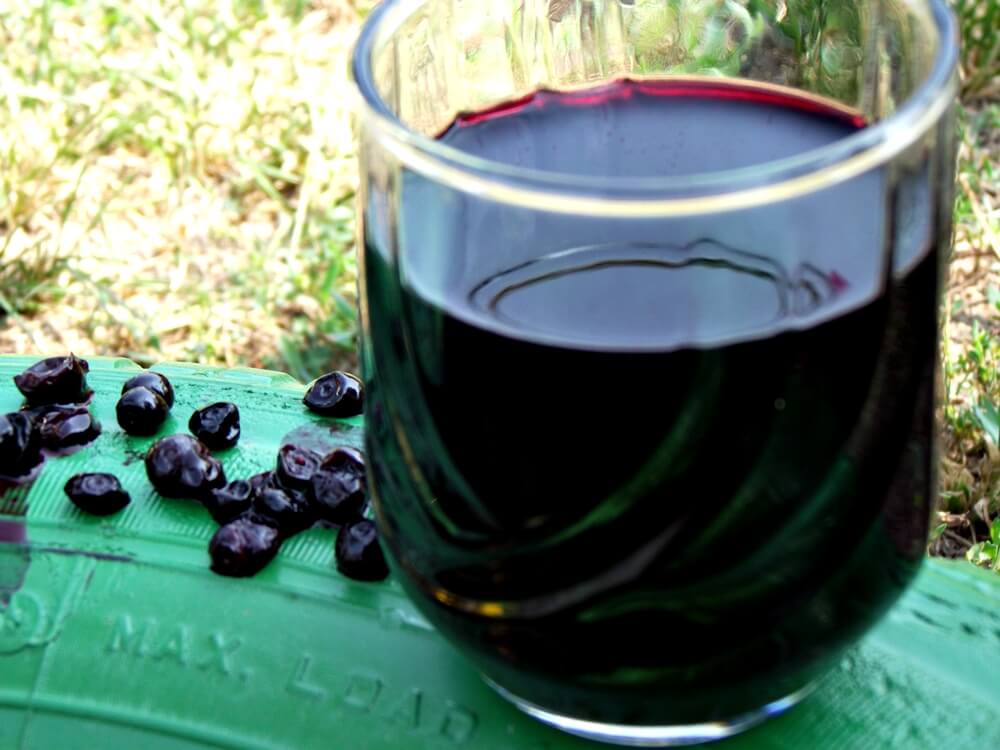 Last, but not least, when it comes to traditional drinks, Bucovina, as well as Maramures, are also known for their strongest local drinks, similar to vodka: tuica and horinca. While tuica has up to 40% alcohol by volume, the horinca can reach 65% as it is distilled twice. 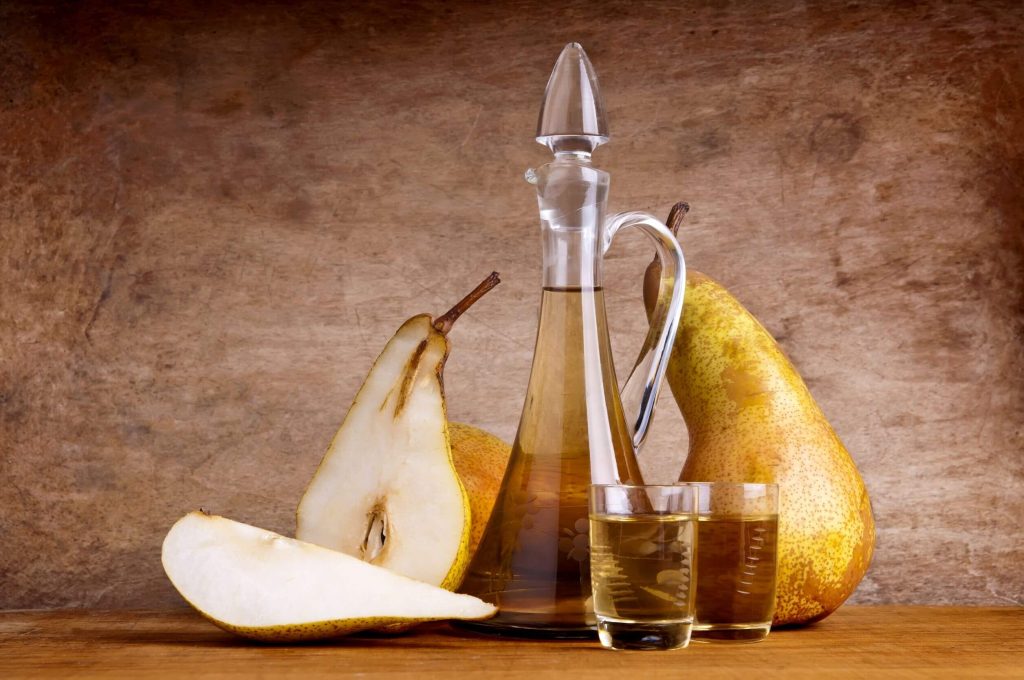 This year treat yourself with another type of winter holiday, a rural fairytale in Bucovina and/or Maramures, to live an experience you cannot see and taste anywhere else in the world.

We are a destination management company in Romania and we are specialized in organizing incentive trips and group holidays for corporate or leisure purposes. We’ll make sure you will have one trip to remember and we’ll arrange all the big and little details of your Romanian visits.