With narrow medieval stone streets, solid fortifications, defence towers and dusty coloured houses with charming old windows, adorned with flower pots and shutters tailored in medieval times, Sighişoara lives and breathes in the heart of Transilvania. Located in the southern part of Mureș County it is a landscape of timeless beauty.

Loved by tourists all over the world, the colorful old town of Sighisoara is a great destination for group and corporate travel because it has a lot to offer, from an easily reachable location (close to Sibiu and Targu Mures airports) to historical and authentic tourist attractions, breathtaking surroundings, lively and vibrant street festivals, many terraces, coffee shops and the medieval legendary atmosphere.

When it comes to accommodation, depending on the story you want to live, Sighişoara offers you soft beds in luxurious hotels established in redecorated historical monuments and comfortable apartments and pensions.

The city doesn’t neglect those in need of a work environment like events and conference and halls and many hotels offer this kind of facilities.

Sighişoara was first established in the 12th century when it was founded by the German craftsmen and merchants known as the Transylvanian Saxons, and it shelters within its walls a multicultural and bilingual community of Romanians, Hungarian and Germans.

Designated as a World Heritage Site by UNESCO in 1999, Sighişoara is the only medieval citadel in South-Eastern Europe that has a special military, religious and civilian architecture, being one of the few in the world that has been inhabited for eight centuries, and, although small in territory, rich in beautiful touristic objectives, legends and history. 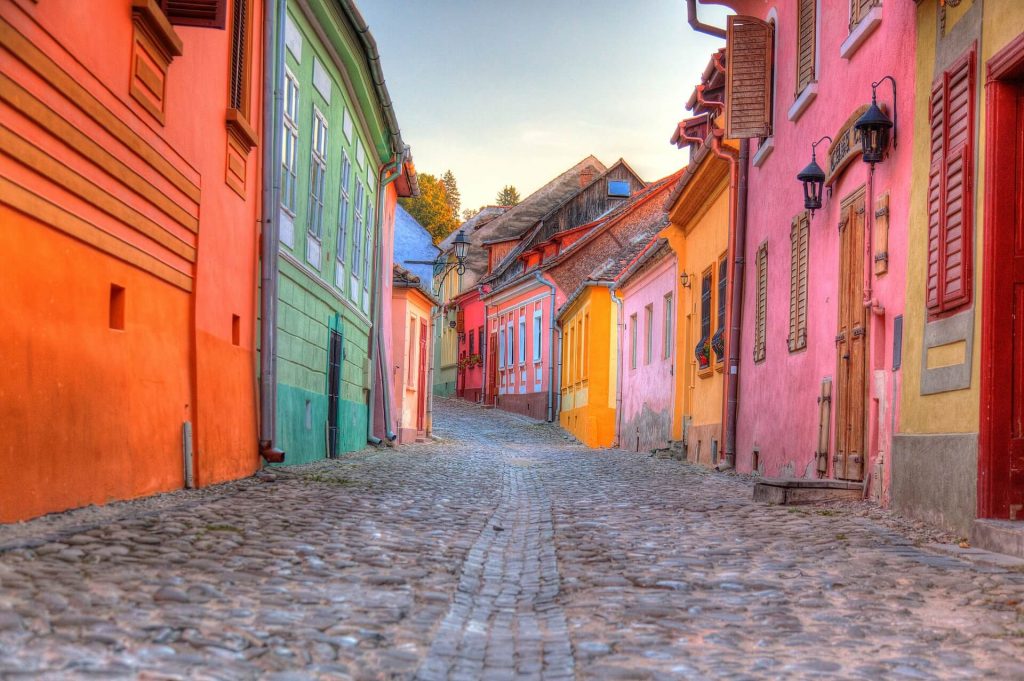 The location and organization of the small citadel, that stands out as one of the most beautiful and best-preserved medieval towns in Europe, it is orchestrated by the natural surroundings, which like an experienced musician, manage to create harmony in the relationship between nature and human touch.

With its terraces and urban spaces adapted to the natural landscape, the fortress is built on two distinctive “floors”. On the upper floor, we find the Church on the Hill and the School, while, the buildings of the fortress lay at its base.

If you decide to travel and discover Sighişoara, you will be welcomed by the fortifications surrounding the old citadel, a wall built in the fourteenth century, protected by the defensive towers belonging to various handcraft guilds. Out of the 14 initially built towers, there are still 9 preserved today: The Clock Tower (the symbol of the city), The Rope Makers’ Tower (one of the oldest buildings in town), The Butchers’ Tower, The Furriers’ Tower, The Taylors’ Tower, The Shoemakers’ Tower, The Blacksmiths’ Tower, The Tanners’ Tower and The Tinkers Tower.

The Clock Tower is also known as the city guardian and one of the most famous landmarks of Sighişoara. I was build in the 14th century for two main reasons, to secure the main gate of the city and to host the city council. Starting with the 17th century the tower was decorated with an embellished clock, having several wood statuettes as decorative elements that change every midnight, and represent the weekdays embodied by the Roman Gods: Diana, Mars, Mercury, Jupiter, Venus, Saturn and the Sun. 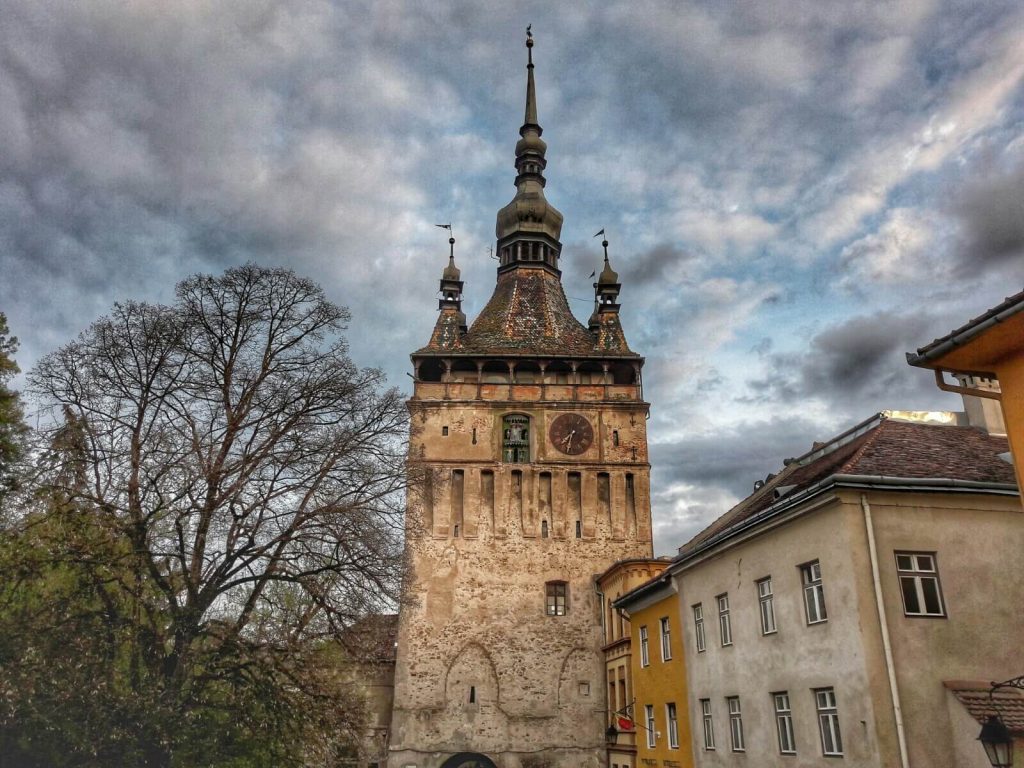 While inside of the tower, the tourists can actually see the internal mechanism of the clock, located on the top floor, visit The City Museum and step on the observation platform that offers a breathtaking panorama of the city and its surroundings.

When in Sighişoara it is very easy to escape present time, and not only due to its fairytale-like architecture, but also for the legends surrounding the place.

Located in the Citadel Square, close to the Clock Tower, The Vlad Dracul’ House or Paulini House, it is believed to be the house where Vlad the Impaler (Vlad Dracul, the real character that inspired Dracula), the bloody ruler of Wallachia, was born. Even though this is just a legend, because none was proven, many Bram Stoker novel lovers, and not only, come to visit the house, nowadays transformed into a traditional restaurant.

The Church on the Hill (Bergkirche)

After you climb the 175 steps of the covered wooden Scholars’ Stairs which dates from 1642, you are rewarded with a beautiful Gothic Church, the third biggest protestant church in Romania, a church that was under construction no less than 180 years.

Great sightseeing, offering amazing views all around, the place invites you to wonder its courtyard and its cemetery and saves the best for the last, the crypt beneath, just before the altar, down the medieval-looking stairway, a dignified Game of Thrones setting. 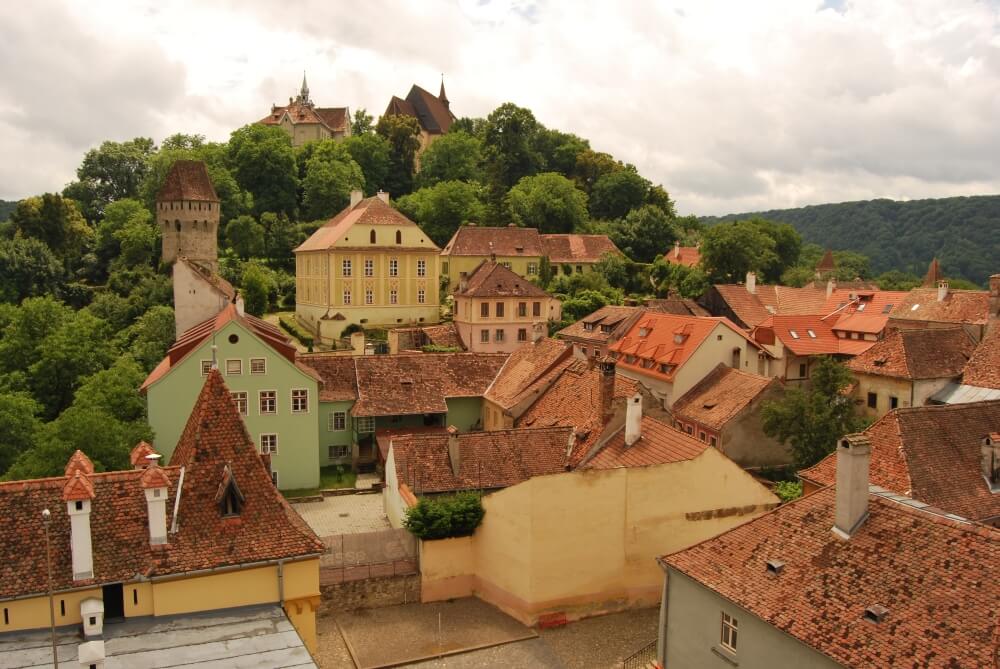 In the mood for great morning exercises while travelling? Take the stairs! Next, to the Street School, you can climb a 176 stair covered wooden stairway named the “Covered Stairs” or “Schoolboys’ Stairs”, built in 1642 to shelter the school children on the rainy/snowy days, on their way to the School on the Hill during winter. The stairs are not only challenging but beautiful as the sunlight beams through the wooden boards. 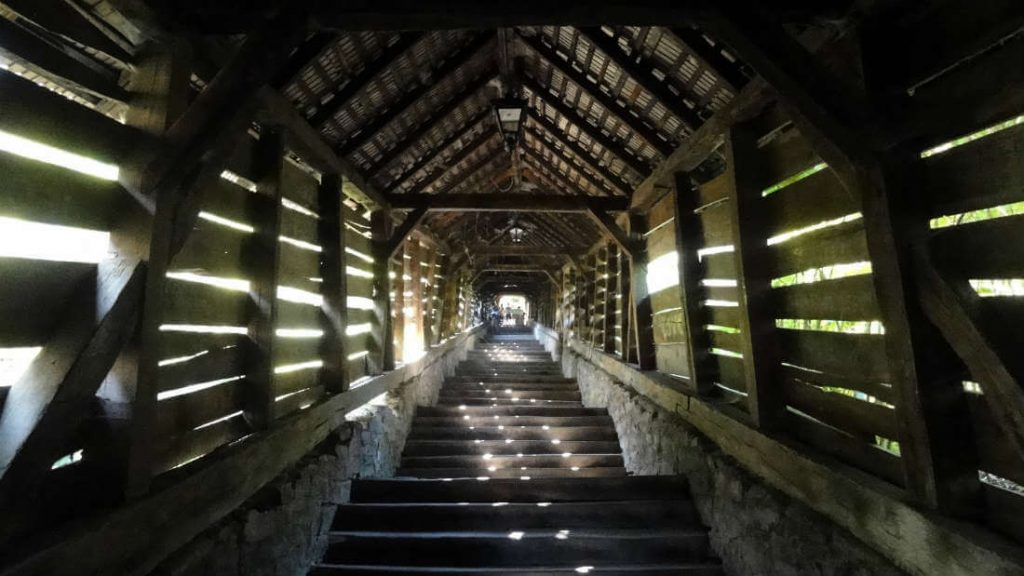 House of numerous souvenir shops and cosy terraces, what once used to be a trading market and “trial hall”, the market square it is the perfect place to grab a quick snack or a drink. 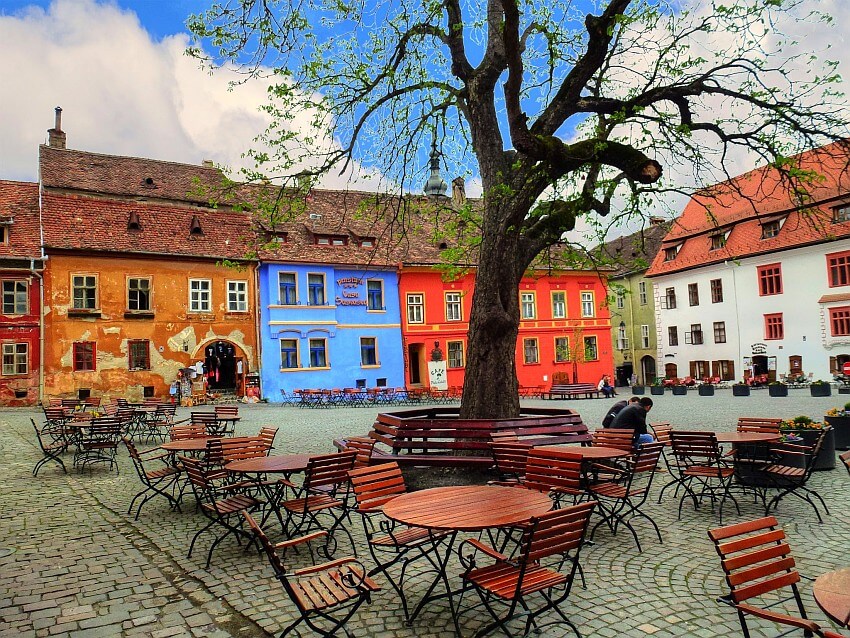 For those with an appetite for this type of historical monuments, Sighişoara has several worship places that worth the time: The Holy Trinity Church (an impressive Orthodox church), the Monastery Church, St. Joseph Roman Catholic Church (built on Former Franciscan Convent), The Roman Catholic Church and Sighişoara Synagogue (a beautiful monument with a painted ceiling resembling a starry night). 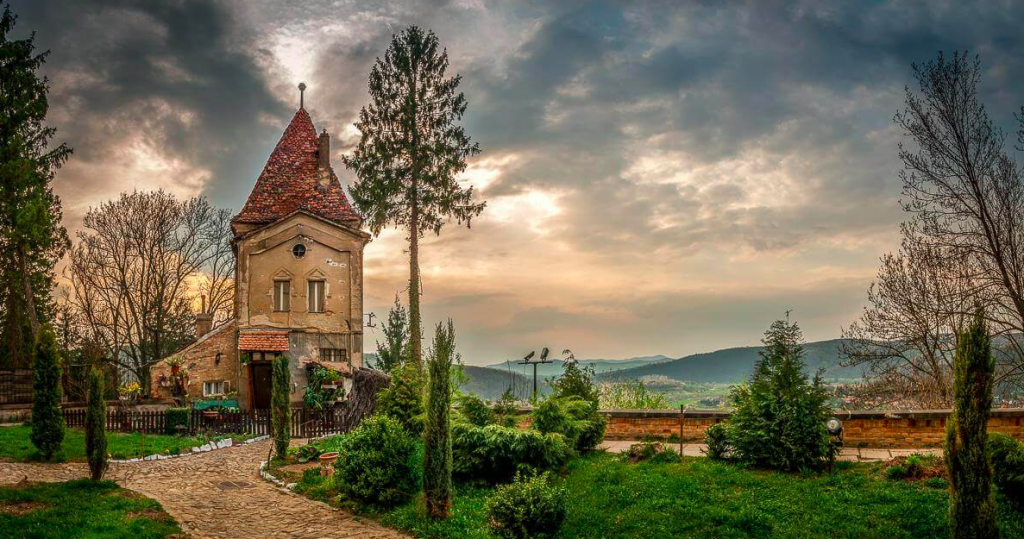 Organized each year at the end of July, this cultural manifest adds sparkle to the city life and brings together the order of the knights, medieval music bands, folk artists and craftsmen, animation and theatre bands. Due to the event, every year, hundreds of tourists gather in Sighisoara to celebrate the charm of the medieval times. 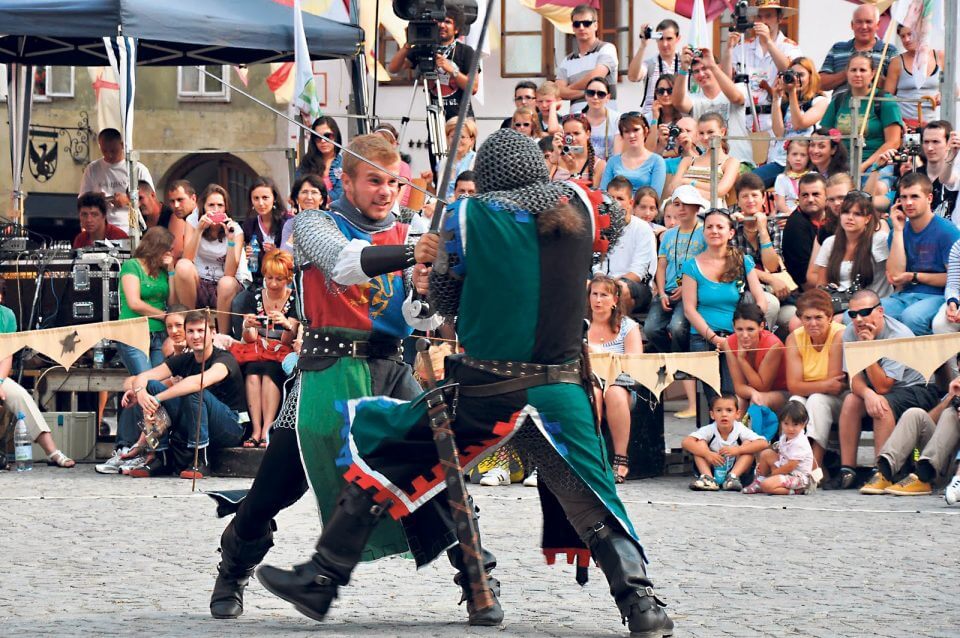 Using the night as shelter, the city dresses in romance. The artificial lights take over the Market Square, and give all the colours a touch of mystery, urging the guests to enjoy a glass of rich wine along the violin accords that flood the square and the cobbled streets.

After taking “a serious bite” from the magical atmosphere of the city, you are ready for a local gastronomy journey ad Sighişoara spoils its guests with numerous restaurants, offering a large variety of dishes, from local, farm to table and traditional restaurants to international fusion cuisine.

Sighisoara is in the unique position of offering authentic dishes from 3 different cultures, each preserving its heritage: Romanian, Saxon and Hungarian. It’s like tasting and experiencing three different cuisines in one place, each with its favours and particularities. 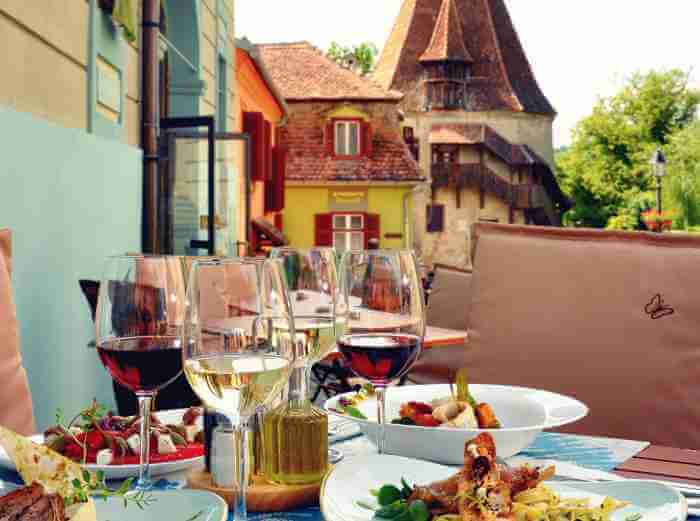 Transylvania tastes at the same time sweet, sour and a bit spicy. Don’t leave without ordering at least once two local “made in heaven” specialities: the famous Gulaș and Paprikaș.

As a tasty spicy dish goes hand in hand with a glass or two of good wine, pay a visit to “Teo’s Cellar” (Pivnița lui Teo), a charming place with a courtyard full of flowers and a cellar filled with award-winning wines, from which you can pick your favourite.

Stripped from the fairy tales, where time passes slowly, Transylvania’s Saxon villages, with scenic landscapes, traditional houses, high wooden gates, fortresses, and castles, preserving the charm of the rural universe, represent a comforting delight for the soul and invite the traveler to discover the simple and quiet way of life.

With a fortified church and old Saxon traditional houses built in the Baroque Transylvanian style, hidden between wooded hills, the picturesque village of Biertan, included on World Heritage List by Unesco, it’s worthy of your time.

The Peasant Fortress of Saschiz

Only a few kilometres away from Sighişoara, awaits the Saxon Village of Saschiz, one of HRH Prince of Wales’ favourite destinations. Make sure you visit The Evangelical Church, built at the end of the 15th century by the Saxon colonists and enjoy some local famous traditional products like the organic honey or the homemade bread. 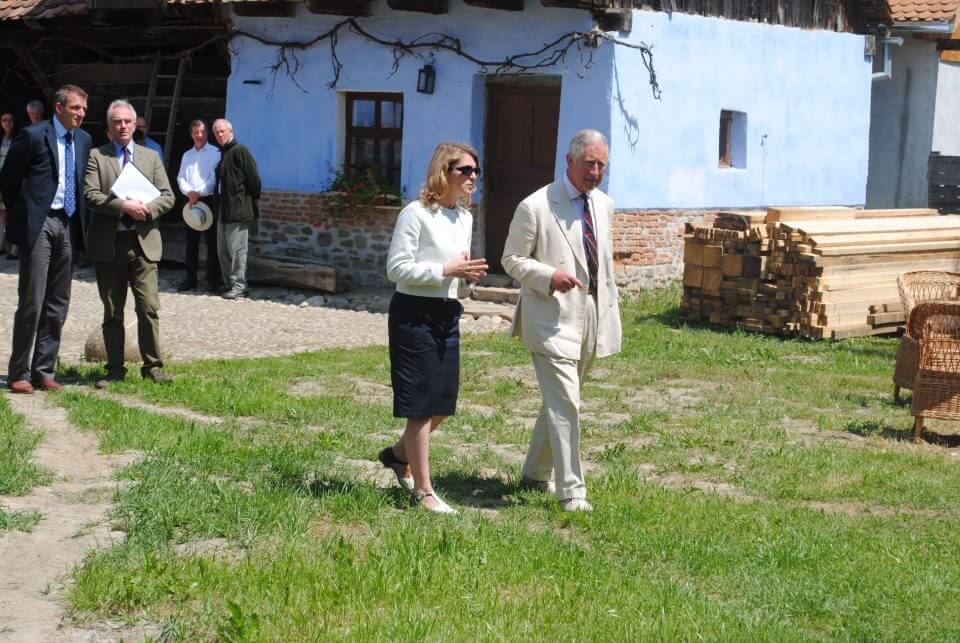 If you’re planning to enjoy the charm of the Transylvania villages, there are at least two more villages close to Sighisoara which deserve your full attention: Mâlâncrăv and Valachid. 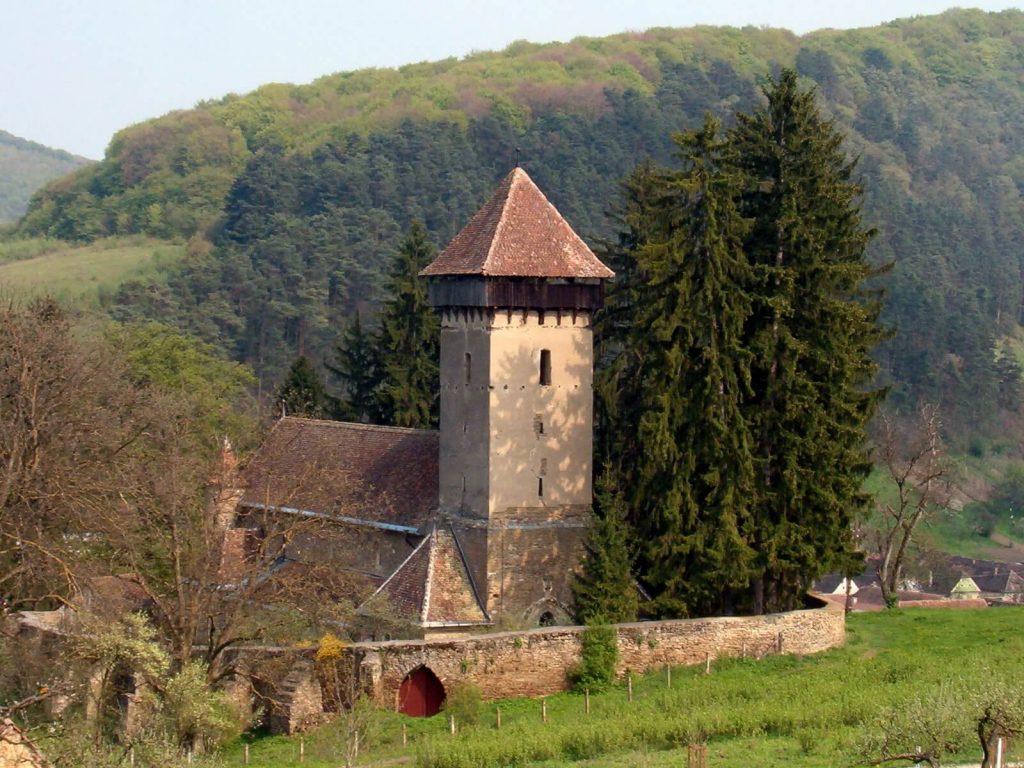 All these preserved villages are surrounded by old forests. The Breite Ancient Oak Tree Reserve is the biggest, most representative and best-conserved wood pasture with secular oaks and evergreen oaks in the Central and South Eastern Europe. 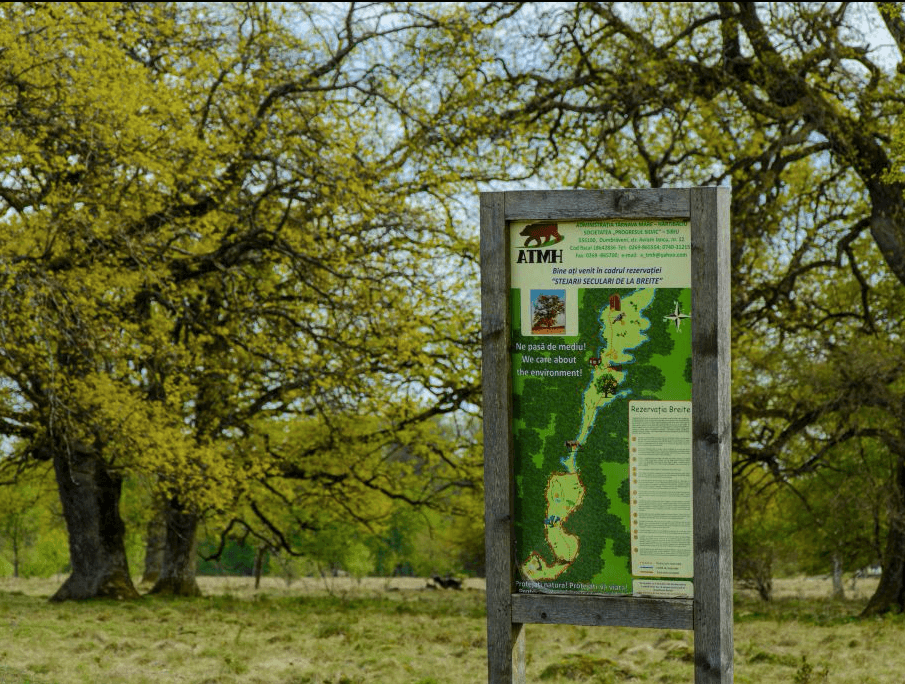 The sinking village of Bezid attracts tourists like a magnet due to the legends surrounding this place and the ghosts related stories. The Appafy castle in Dumbraveni is an old Transylvanian castle with a unique connection with the Armenian Transylvanian community. 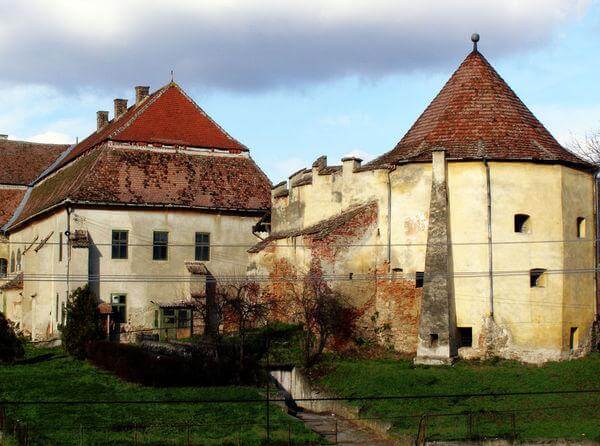 The Praid salt mine is one of the biggest salt mines resources in Europe and it can be visited all year round. 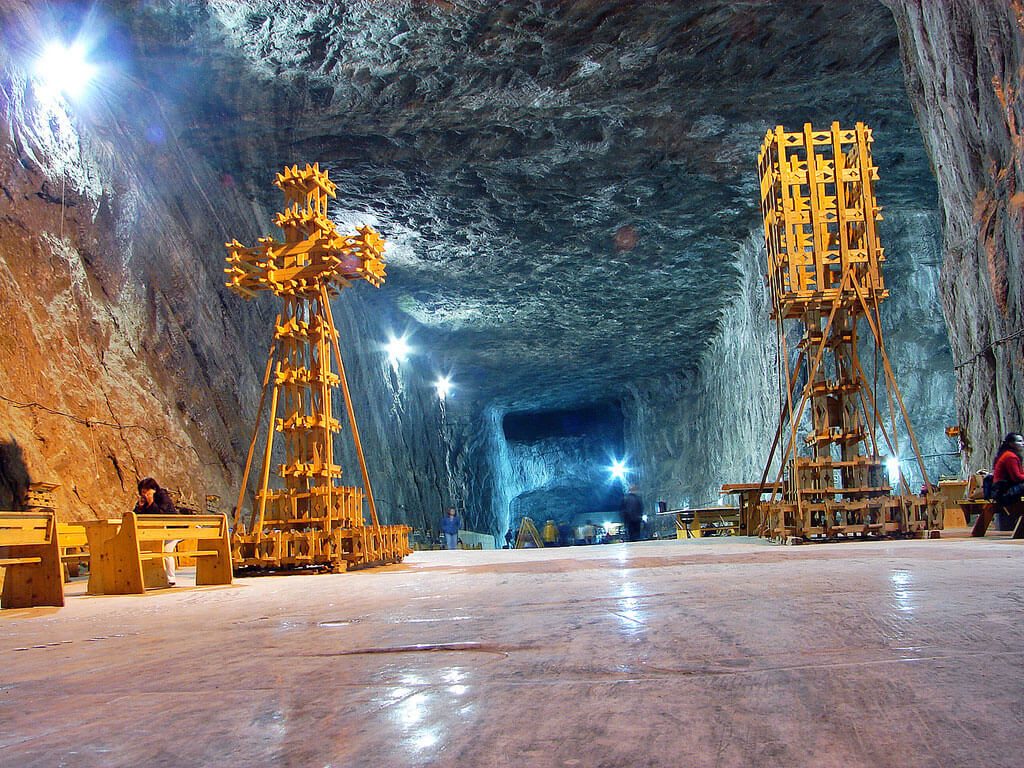 If you are ready to discover the legends, the mystery and the medieval charm of Sighisoara we are ready to help you to enjoy the best of it. No matter if you come with a small or large group of friends and partners, for business or pleasure, Fix Travel team is here to help you!

Contact us today and let us be your destination management company in Romania!