The old city of Constanta has always been linked to Mamaia, the “Black Sea Pearl”, the most famous summer destination in Romania. However, it’s more to this old city besides its beaches and its rocking parties.

Constanta is an all year round destination for any kind of events, meetings, exhibitions, conferences, team buildings or incentive travel. For any tourist who visits Romania, one of the first things noticed is that the country is a striking and successful mix of different cultures, people, traditions, beliefs and so on. 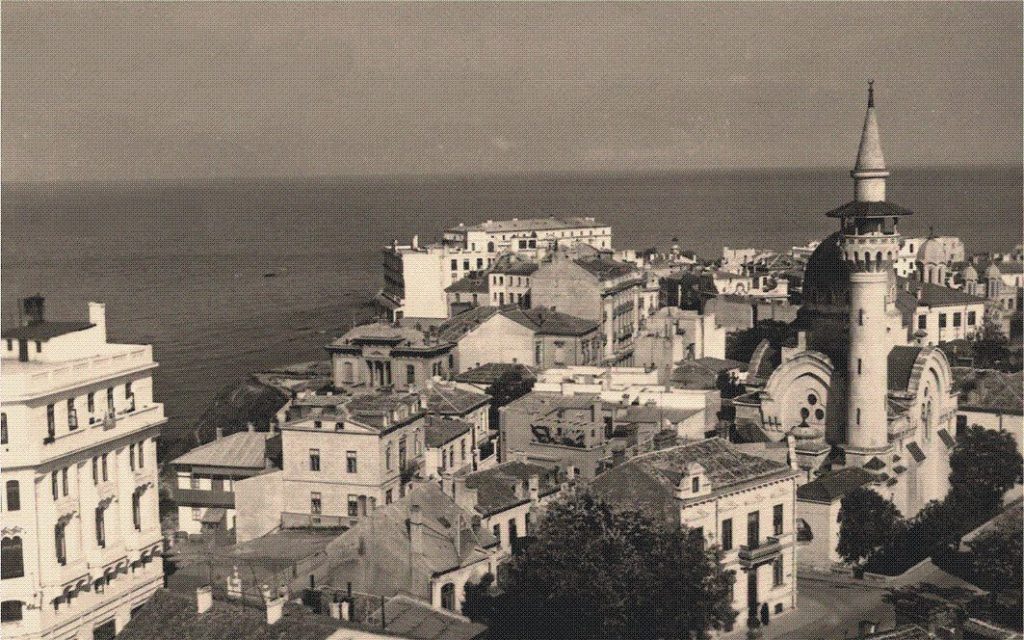 This effervescent city combines millennial history with modernism. It is a city that celebrates multiculturalism, a city in which Oriental civilisation meets and blends with the Western one to generate a spectacular and lively spirit. 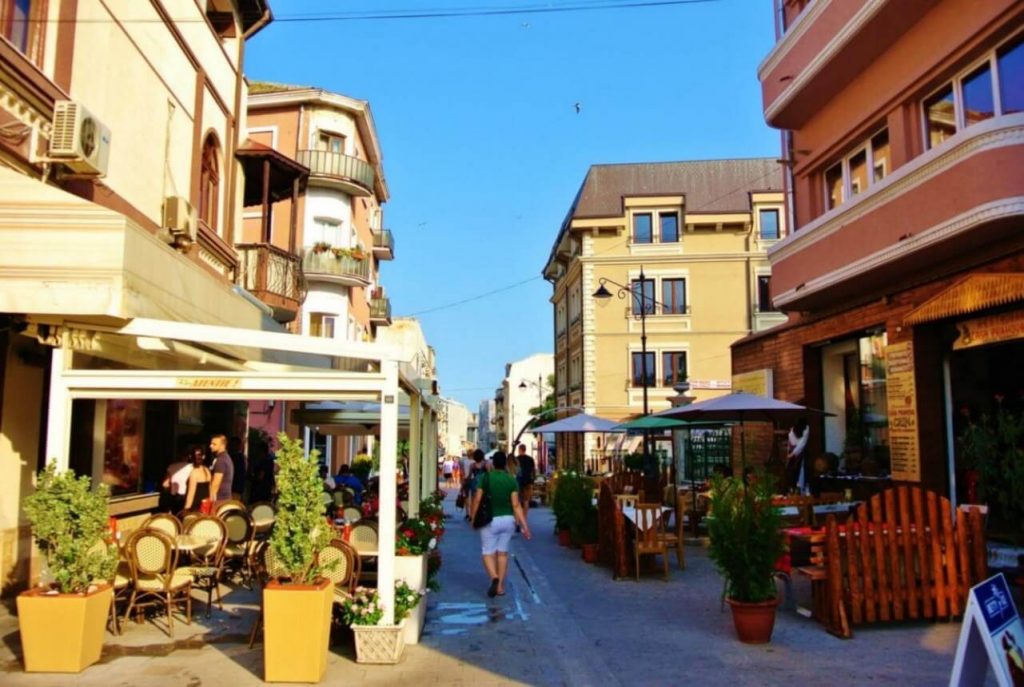 Constanta is in the South East of Romania, on the Black Sea coast, in the historical region of Dobrogea. It is one of the biggest Romanian cities, the biggest commercial port of Romania, easily accessible from Bucharest, at only 2,5 hours drive distance and 20 minutes drive from its own airport. 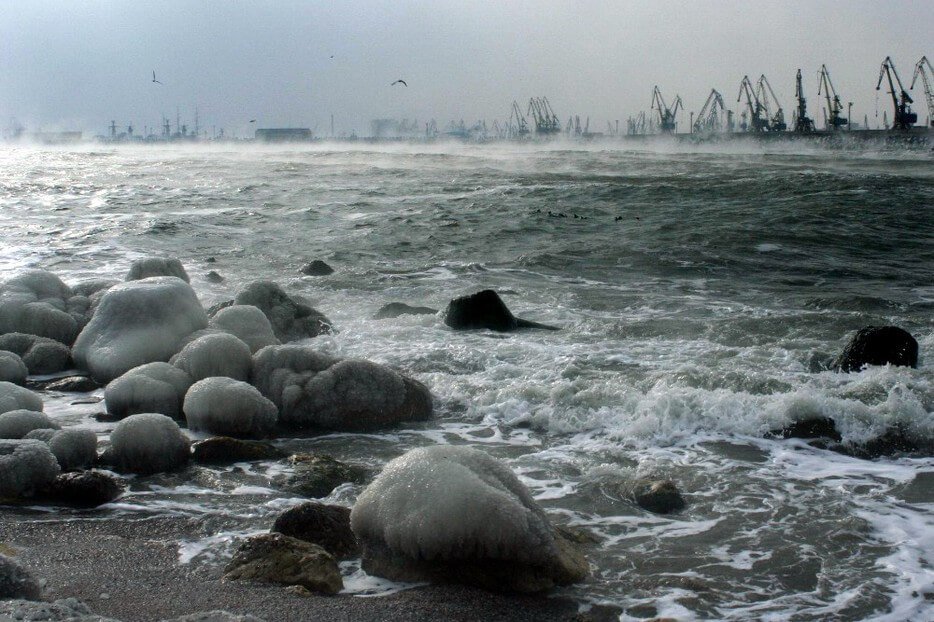 The Greeks, the Byzantines, and the Turks have left their marks on the history of this city. In the 7th century BC, the Greek explorers founded here the Tomis Fortress. After a couple of centuries, the Romans conquered the fortress, which became a Roman colony where the famous Roman poet, Ovid, found its exile. 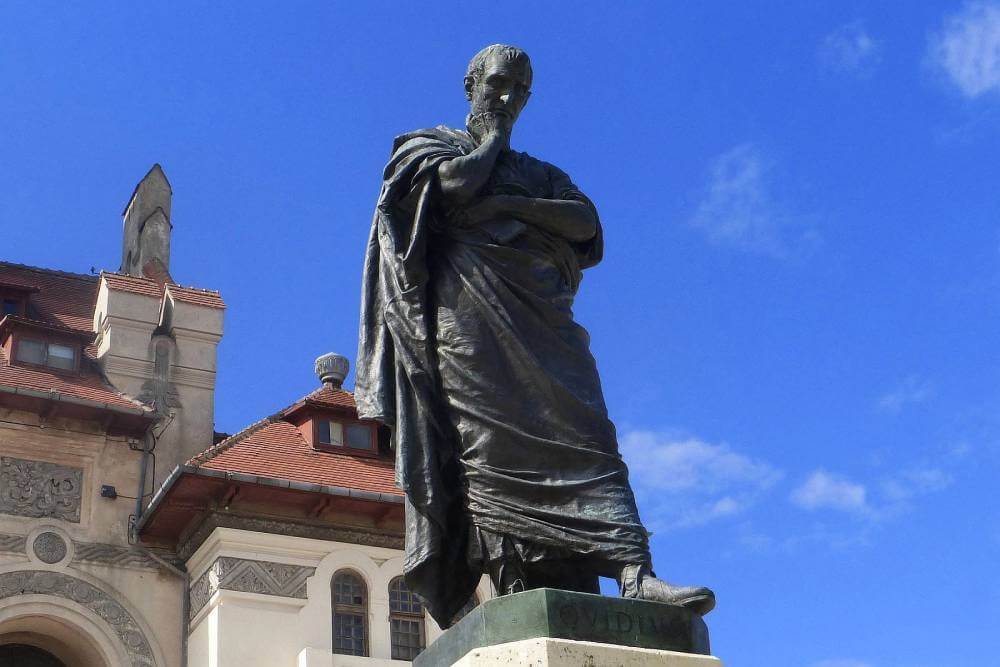 The importance of Tomis grew considerably in the time of the Emperor Constantine the Great – the current name of the city derives from the Emperor’s name, when Dobrogea was part of the Byzantine Empire. In that time, great temples and buildings, public squares and baths (bathrooms),street and marble processing workshops were built.

Tomis and the entire region of Dobrogea had over centuries a tumultuous fate. Several armies came to conquer it: the Persians, the Romans, and later, the invasions of the migratory peoples were followed by the Muslim rule, Dobrogea becoming, in the meantime, the preferred invasion route for the armies from the steppes of Russia to the Balkans and Constantinople. Subject to this cavalcade of migratory peoples, the city was destroyed many times. 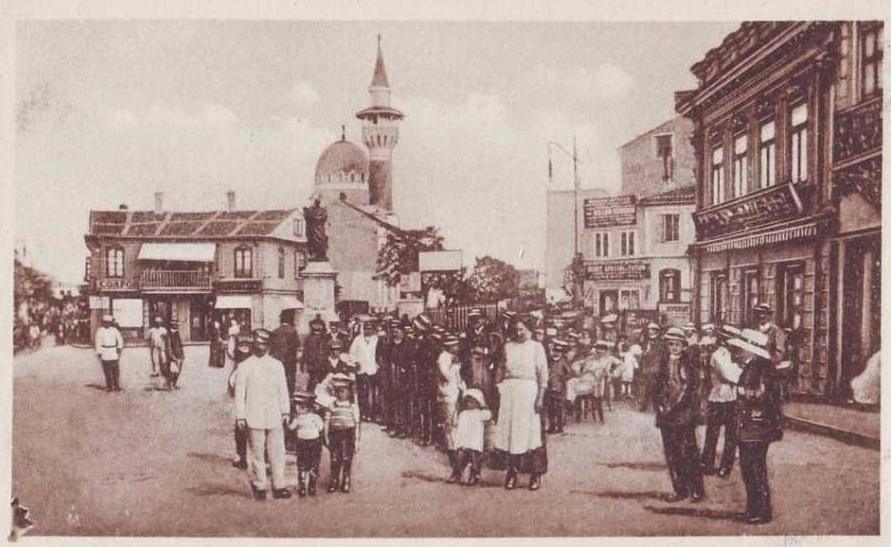 However, this incredible mix of people transiting this region and some of them making it their permanent home, it’s the reason Constanta is the most cosmopolitan town in Romania, with 18 ethnical groups and minorities all actively contributing to the history and to the rich heritage of the city. 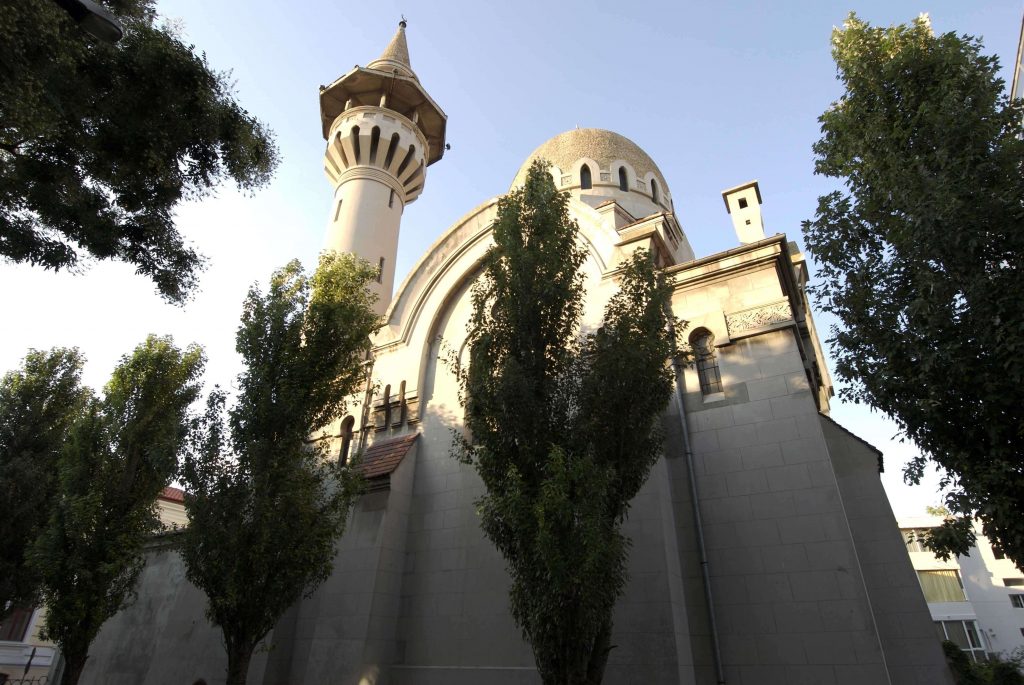 Another important aspect is the fact that all these minorities have lived for centuries in perfect harmony. For example, in the old town of Constanta, on a surface of only two square km, there are, one next to other, not less than 8 places of worship belonging to different ethnic groups: the archdiocese, the mosque, the Armenian church, the Greek church, the Catholic Church, the Bulgarian church and the synagogue.Each bears the testimony of the religious tolerance of these places, in times when Europe was shaken by ethnic and religious conflicts. 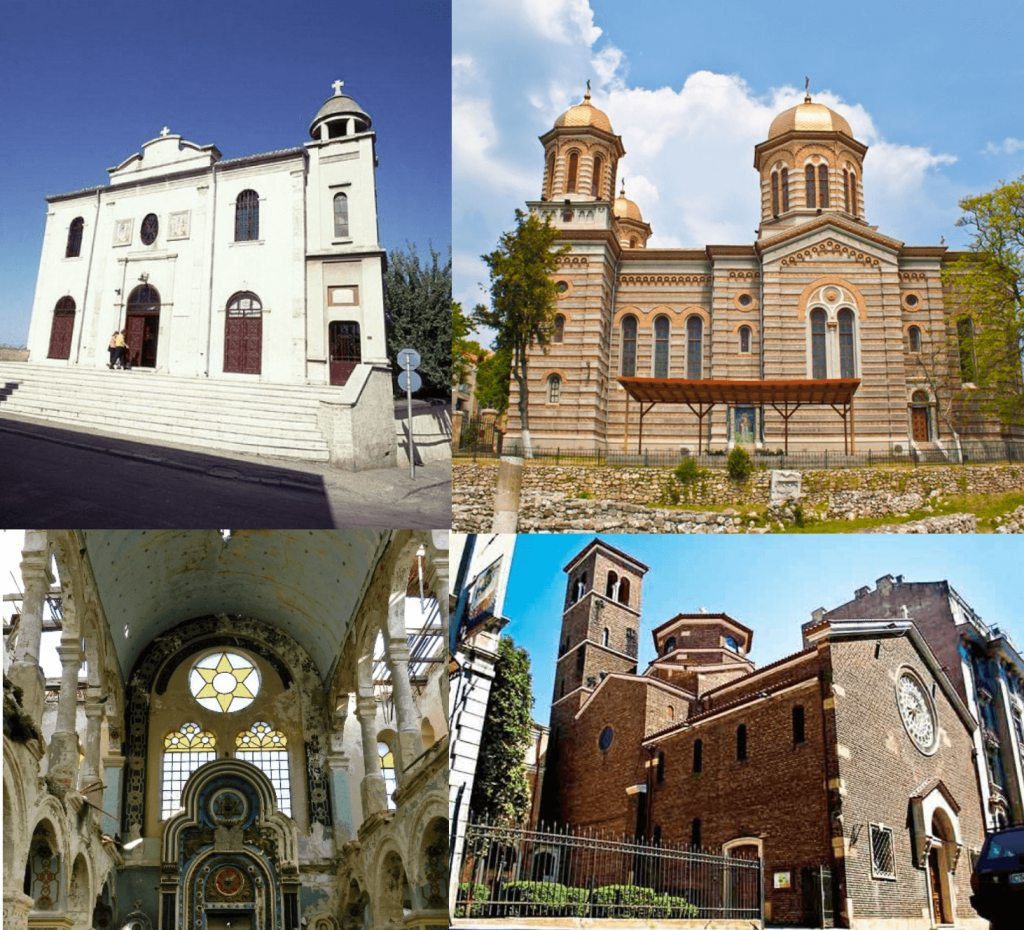 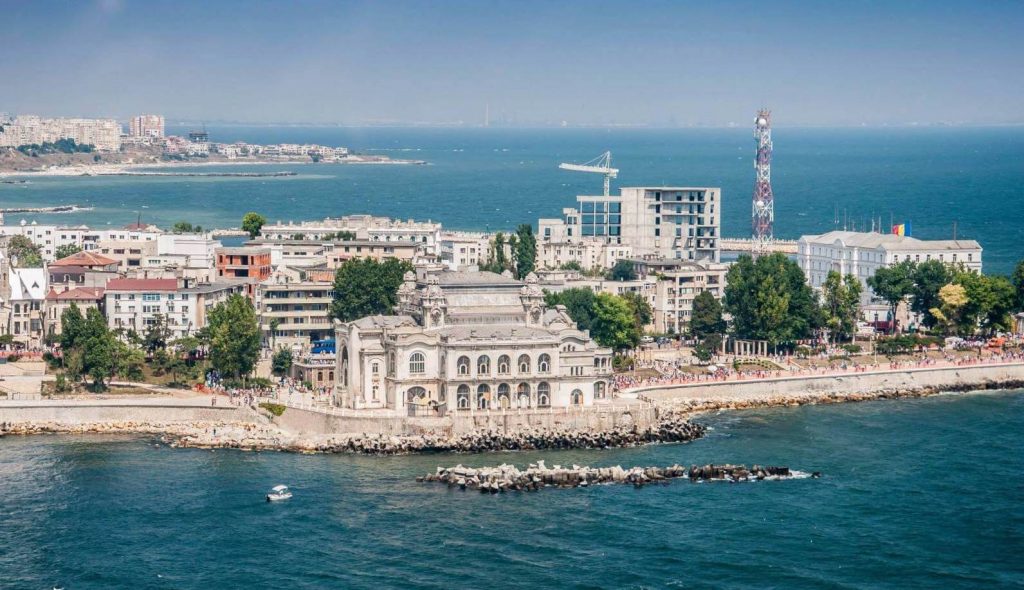 The most beautiful building and a symbol of the city, the Constanta Casino is an Art Nouveau Monument. However, at its inauguration, in 1910 it was compared to a hearse. Others said that its windows had a grave-inspired shape. The casino hides between its walls many stories about loss and despair. 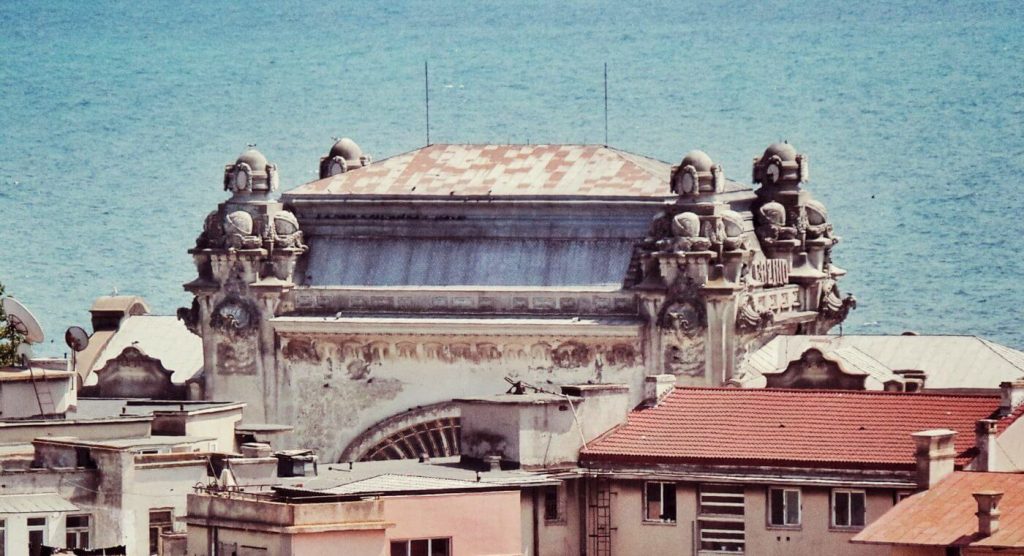 There are countless stories and legends about those who have played their fortune here and lost everything, finding their only comfort in the black waters of the sea. It is said that their souls have not yet found their rest and during the storms their woes are carried by the waves and can be heard from the sea front. 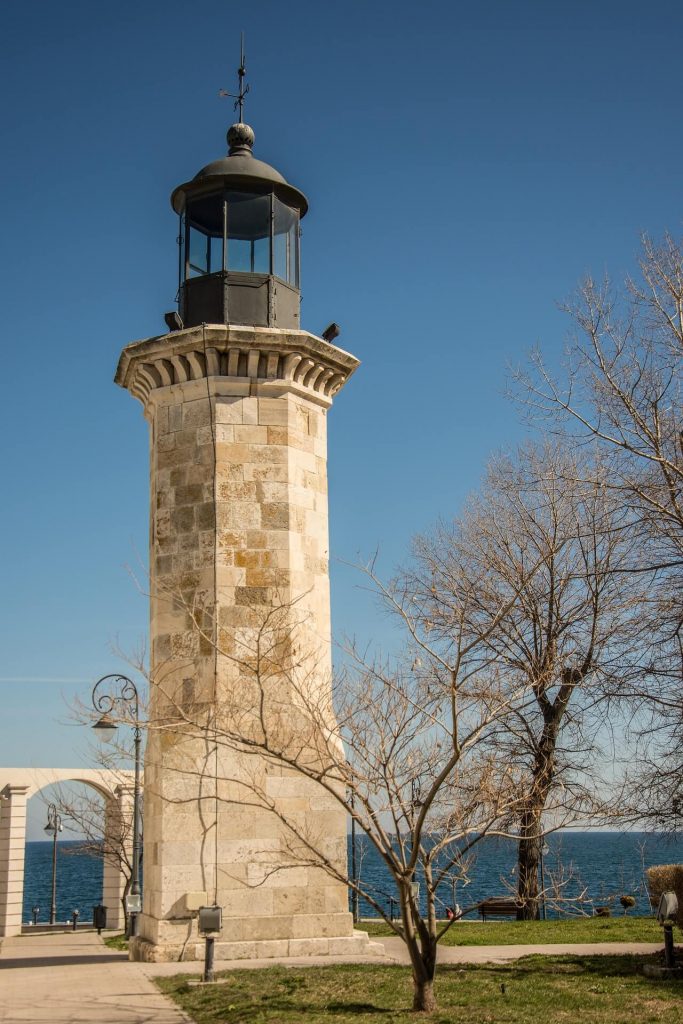 The Genovese Lighthouse, another symbolic building of Constanta, was built in the mid-nineteenth century, on the site of the old 14th century lighthouse constructed by the Genovese merchants.The British have rebuilt this lighthouse along with the railways to insure the export of grains from the Danube area to the UK.

Wherever you turn, there are bits of history everywhere. You can startwith a stroll in the Archeological park of Constanta which hides remains from the primitive commune (iron age), compact layers of the ancient Greek Age (6th-4th centuries BC) and remains from temples, warehouses, public buildings, mosaic pavements, colonnades, streets and aqueducts, marble works, glassware and ceramics from the Roman imperial age, as well as the enclosure walls of the city (gates and defence towers), plus the district of the Christian basilicas and the ceramic workshops on the territory of the old station. 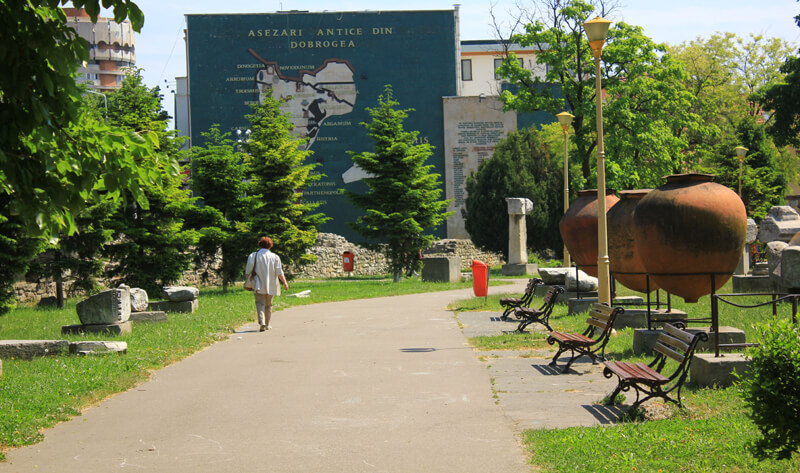 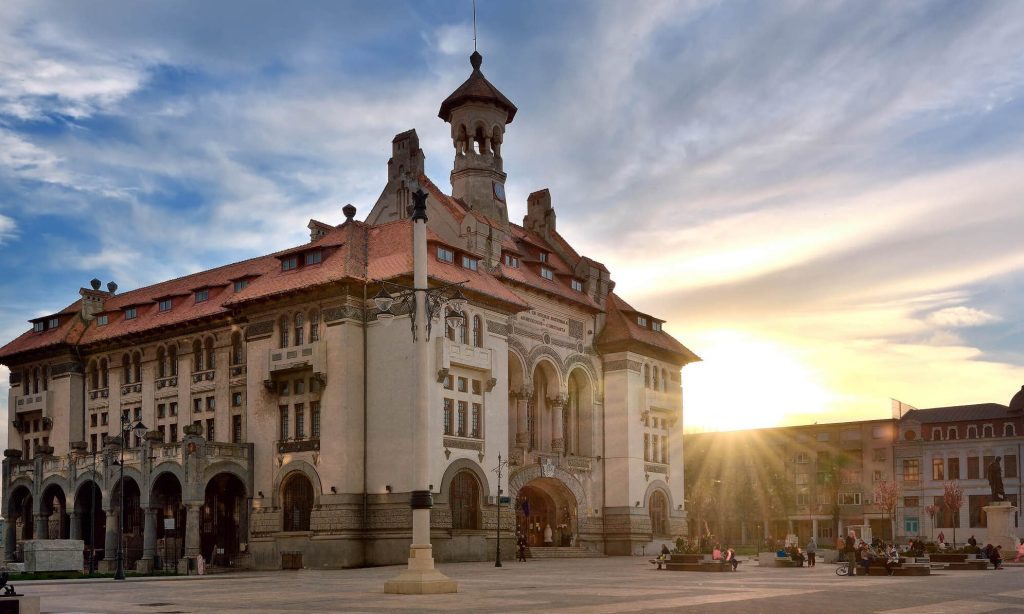 At 100 meters from the Archeology Museum, in the same square is the Roman Mosaic Edifice. The large set of mosaic terraces in the area of the ancient harbour reveals a suggestive image of the intense economic, social and commercial life that was taking place once on the borders of the ancient Tomis. It still has a 800 meters area which is still preserved after more than 2000 years! 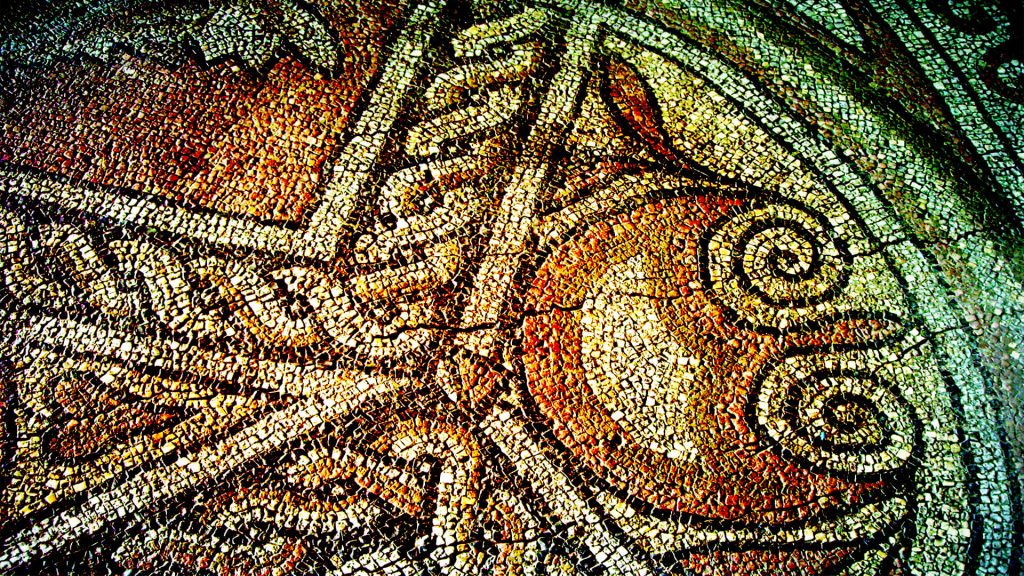 At only 60km from Constana is the ancient Roman city of Tropaeum Traiani. The town of Adamclisi houses a museum complex made up of 3 major heritage sites: Tropaeum Traiani Citadel, Triumphal Monument Tropaeum Traiani and the Archeology Museum. The great monument was probably built in the period between 106 and 109, as a tribute to the defeat in the year 102 of the Geto-Dacian coalition. 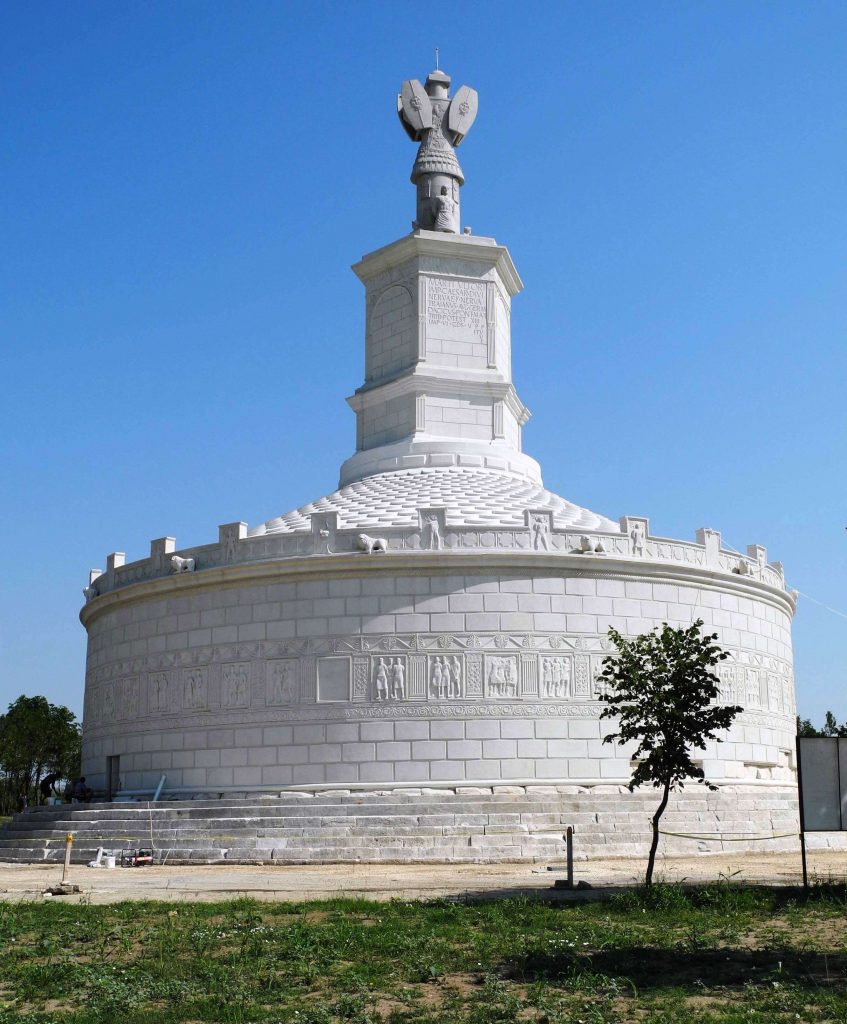 A great battle, probably from the Tapae, was hardly won by the Romans. After the victory, the great emperor Traian sent the famous Roman architect, Apolodor (Apollodorus) of Damascus, to build a great monument at Adamclisi. He also designed the Traian’s Column and Traian’s Forum in Rome and the bridge from Drobeta Turnu Severin. 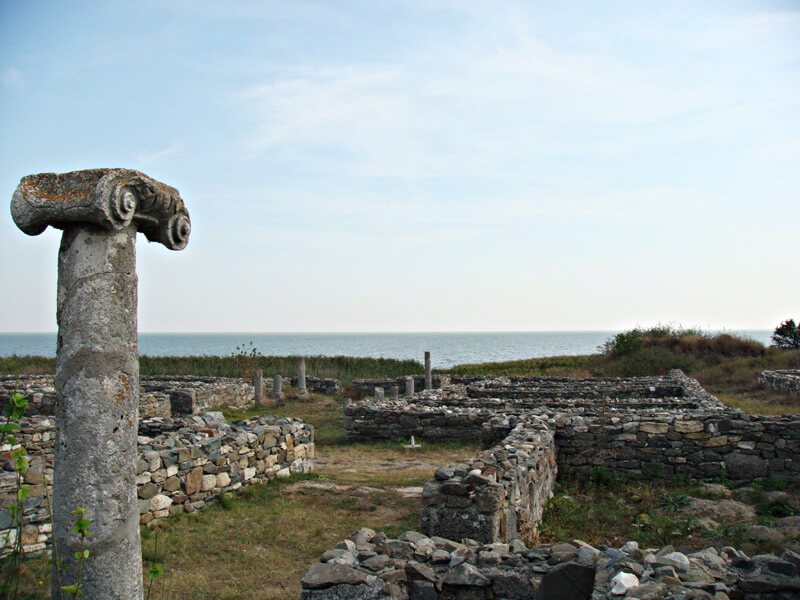 The beaches in Constanta are not as busy and more peaceful than the ones in Mamaia, however there are in the North of Constanta two virgin beaches and two some of the most bohemian places on the Black Sea Coast: Corbu and Vadu Beach.

If you miss the summer season there are alternatives: Constanta is bordered by five lakes: Zarguzon, Corbu, Mamaia, Siutghiol and Tasaul. These fresh-water lakes are important spots for fishermen and some of them even hosts national fishing events. Siutghiol Lake has many entertainment facilities on its shore (restaurants, clubs, tennisand football courts, cruise boats and it is also a hot spot for kayaking, wind surfing, yachting lessons etc. Plus, it has its own island, Ovidiu island, which can be visited almost all year round. 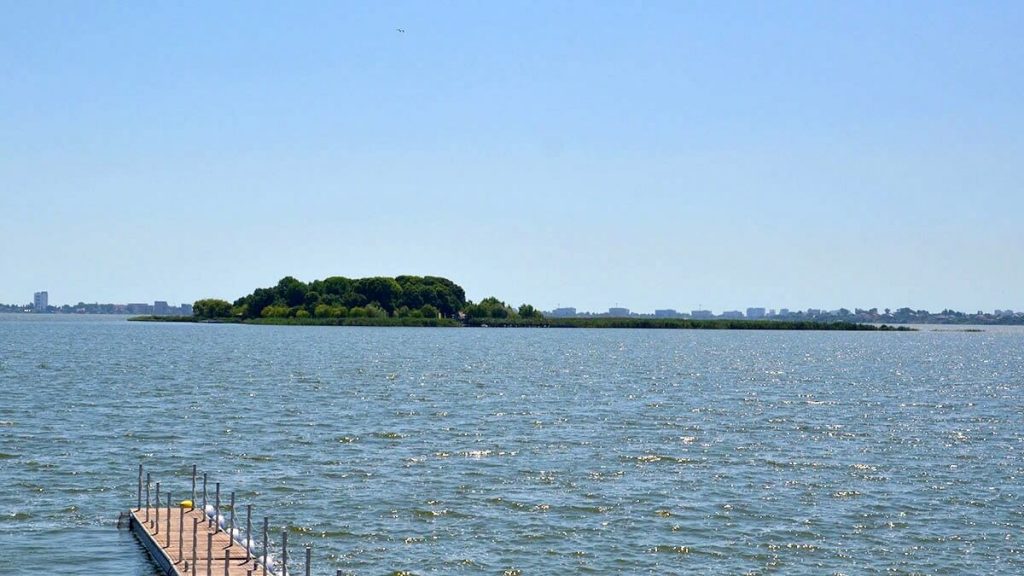 There are many other fresh-water or saline lakes in Dobrogea: Razim-Sinoe lagoon complex is the largest freshwater area in Romania, in the south of the Danube Delta; Techirghiol lake, famous worldwide for its therapeutic mud, the Oltina lake or the Iacobdeal lake, each of them being a destination for swimming, spa sessions, fishing or birdwatching etc. 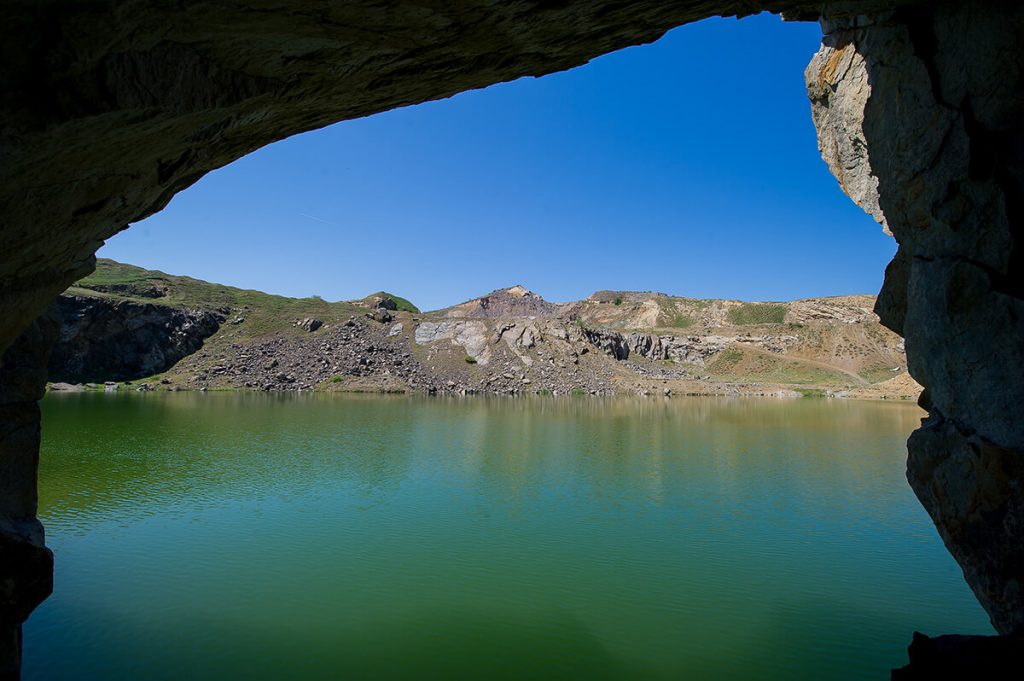 In northern or southern Dobrogea, due to the dry soils, the forests are different from the rest of the country. Meadows, rare flowers, wildlife landscapes to remember and legends are found in the forests of Murfatlar, Comorova, Talasman, Esechioi, Ion Corvin, Canaraua Fetii, Oltina, Babadag etc. 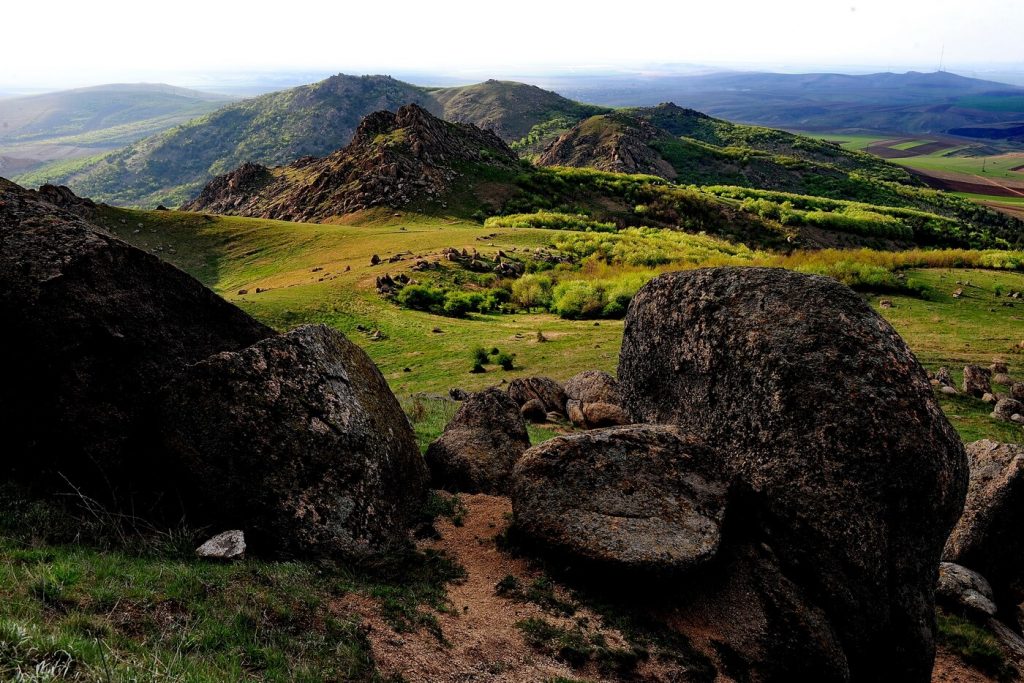 The Dobrogea Gorges are unique as this reservation made from limestones dating back in the Jurassic era. You will step on the coral reefs of the ancient Thetis sea, whose fragmentation has led to the rising of the Black Sea, the Mediterranean Sea, the Indian Ocean, etc. The fossil species found in limestone walls are unique in the country and perfectly preserved. 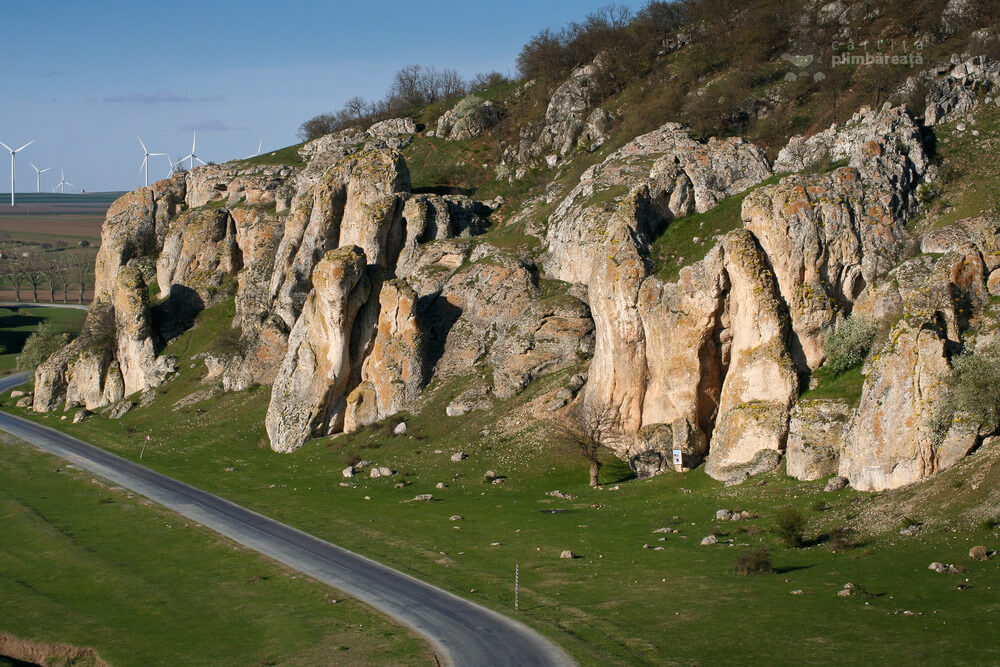 And if you want to escape the civilisation one day or 2-day trips to the Danube Delta can be easily arranged from Constanta due to its proximity. 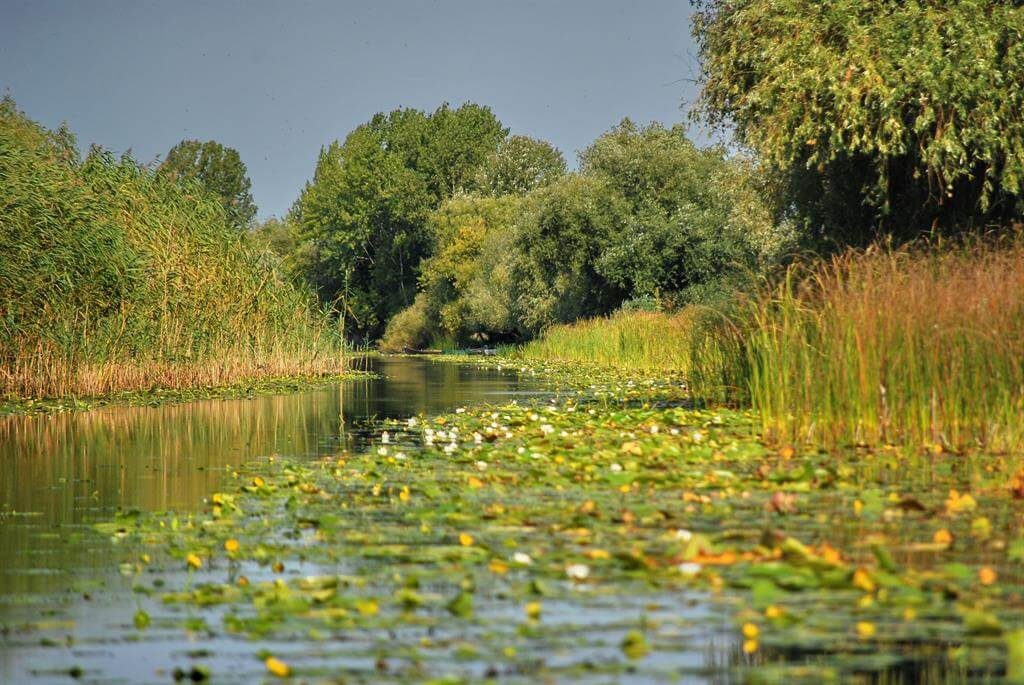 The Black Sea, the Danube Delta, the fauna, the climate, but especially the influence of the people established on this territory, all have left their mark on the gastronomy of Dobrogea. All the ethnic groups have brought specific dishes, each with its own flavour, but the most important influences are the ones coming from the Turkish and Greek cuisine. This is why Dobrogea is the land of baclavas, ciulama and other oriental goodies. The basis of Dobrogean foods contains many dairy products, especially yoghurt or sour milk, cheese, but also many fish dishes. 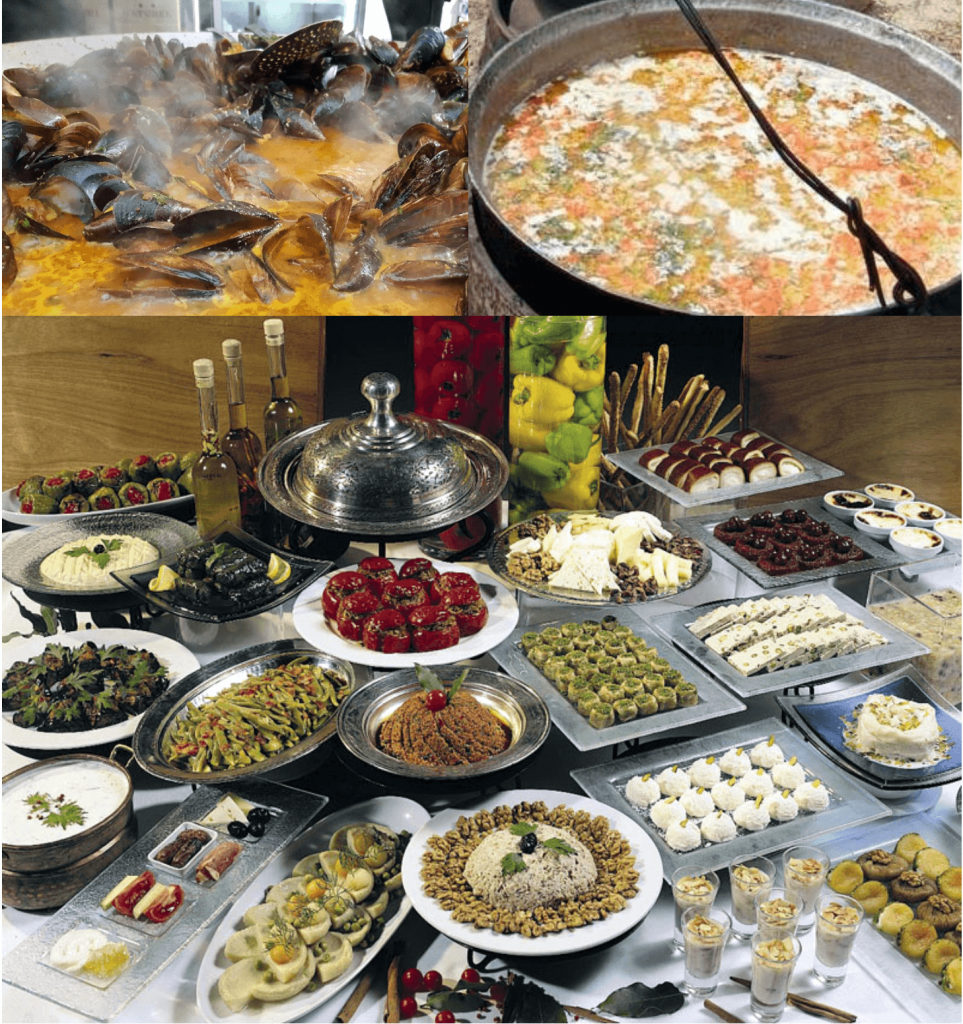 Bordered on its sides by the Black Sea and the Danube, Dobrogea’s soil is excellent for the wine production.Specialists describe Dobrogea as a vienyard kingdom. The most common wine varieties produced in this region are: Pinot Gris, Chardonnay, Muscat Ottonel, Sauvignon, Merlot, Riesling, Cabernet Sauvignon, Pinot Noir, White and Black Feteasca. 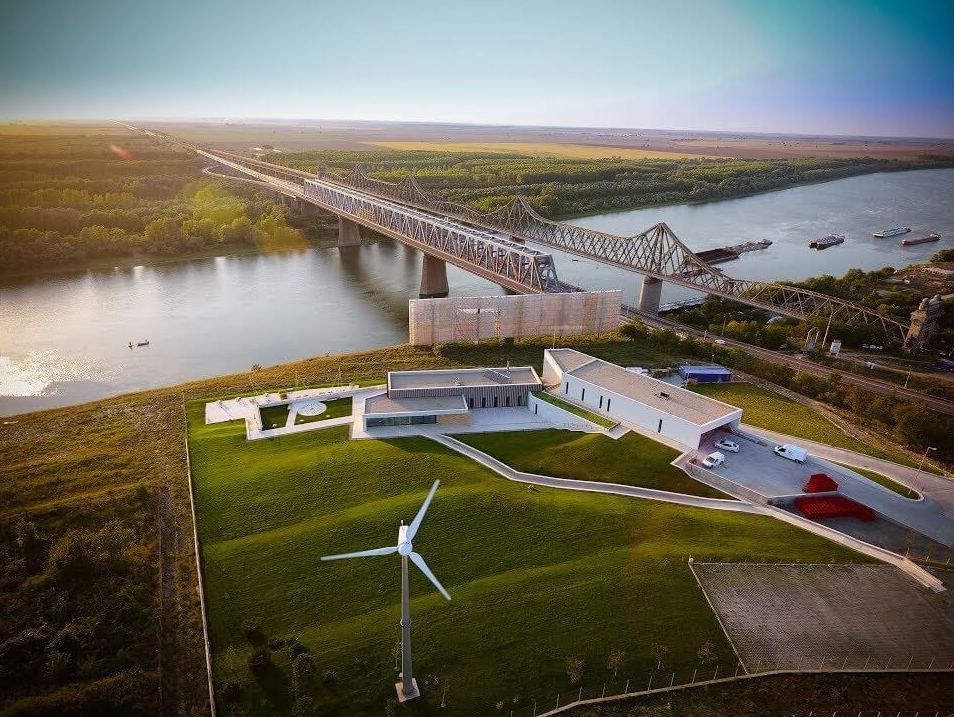 Of course, no one can talk about Constanta without mentioning Mamaia, which is basically a prolongation of the city, welcoming its guests in any season, a trending summer destination for partying, concerts and nightlife. 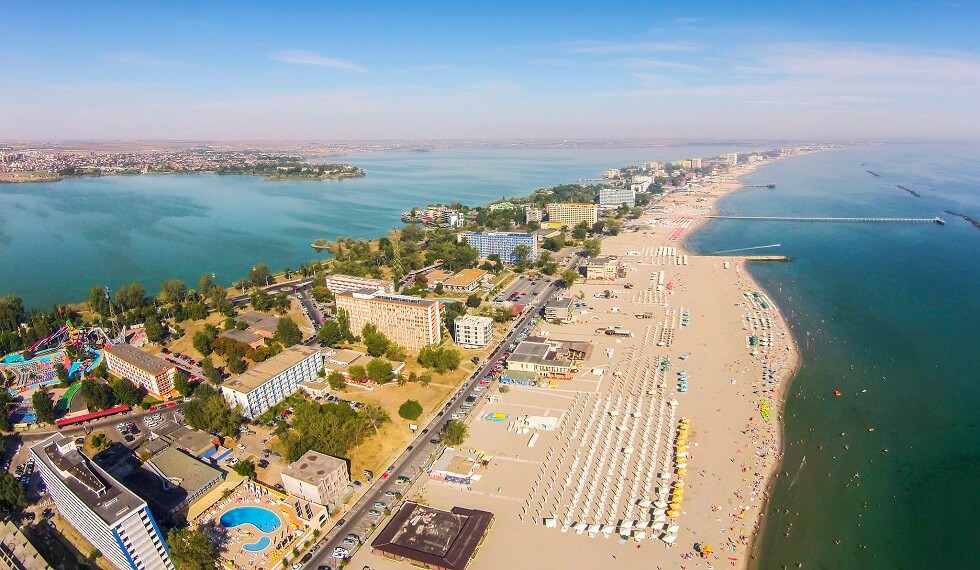 When it comes to business travel, there are thousands of accommodation options and many different things to see, do or experience for smaller or larger groups.

Constanta is a corporate travel destination which can perfectly combine history and culture with partying and out-of-the box activities, large events with small nature getaways, tours with cruises and so on.

Furthermore, our group travel experts have an extended knowledge of the entire area and can create “the program” for your group, tailored to get the most of what you like from the oldest city in Romania. Contact us today and let us FIX your trip!

Yoga and Wellbeing retreats in Romania ideal for group travel