Romania, and especially Transylvania, is due to the legend of Dracula one of the best spots in the world to spend the Halloween. Besides the ancient stories filled with blood thirsty vampires, which are still heard in some parts of rural Romania, there are some interesting spots which are listed in the international top of the most haunted and scariest places on Earth.

Several castles in Romania have gained fame as a result of some bloody legends. It is said that they are haunted by ghosts and dozens of witnesses swear that they have seen the spirits that dominate these domains. FixTravel experts have made a list of the top haunted castles in Romania, where you and your friends can spend this Halloween. 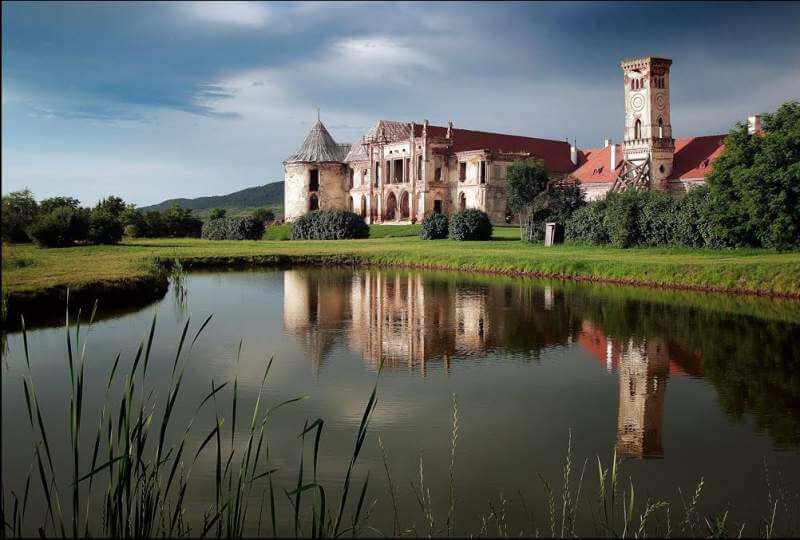 Known more for the electronic dance festival Electric Castle, the Banffy Castle near Cluj is one of the most haunted places in Romania. Dozens of ghosts “walk” unhindered in the mysterious castle ready to frighten those who dare to visit it. The legends that surround this beautiful castle have only enhanced its mystery and this is why the Bannfy Castle is an attraction for paranormal enthusiasts. 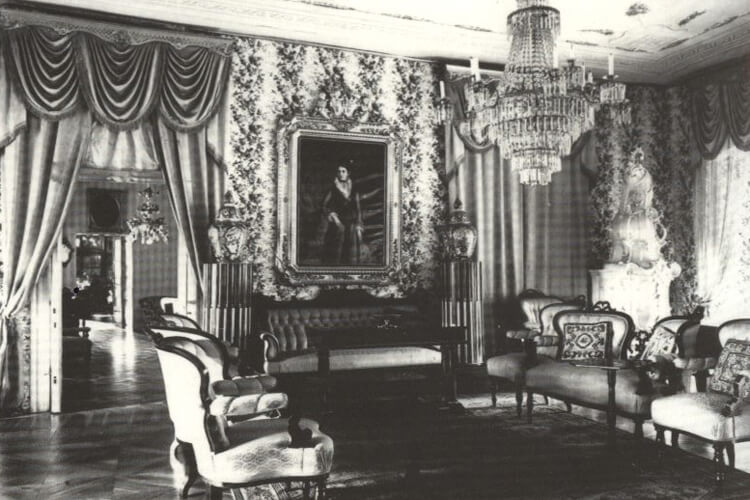 One legend said that centuries ago in the castle lived a noble family. The lady was very beautiful and a free spirit and one day she was caught by a boy who worked at the stables while she was cheating her husband with another man . The servant told everything to his master, but the woman took revenge on him.

Soon after, the young man was killed. It is said that his ghost haunted the beautiful lady all her life and his spirit still wanders the halls of the castle. This is not the only legend of this place. During the Second World War, Banffy Castle was turned into a military hospital, and many wounded soldiers found their end here. Several people claimed that their ghosts can still be heard. 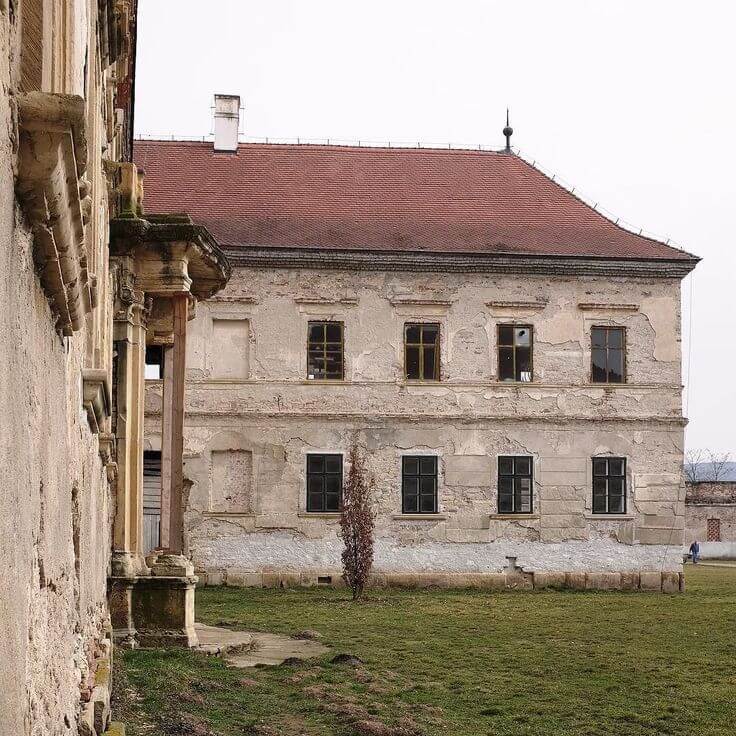 One of the most special Halloween celebrations in the world happens at Dracula’s castle, Bran castle. It is said that Bran Castle is also haunted. Several shooting teams came here to get in touch with the dreaded count. The Shadow Seekers from United Kingdom even said they saw more ghosts and contacted Vlad the Impaler, who would have told them to leave the castle as soon as they could. The British also said that they managed to connect with the spirit of Helena, a girl born to Bran and dead at the same place at the age of 27 and who would practically live in the castle. 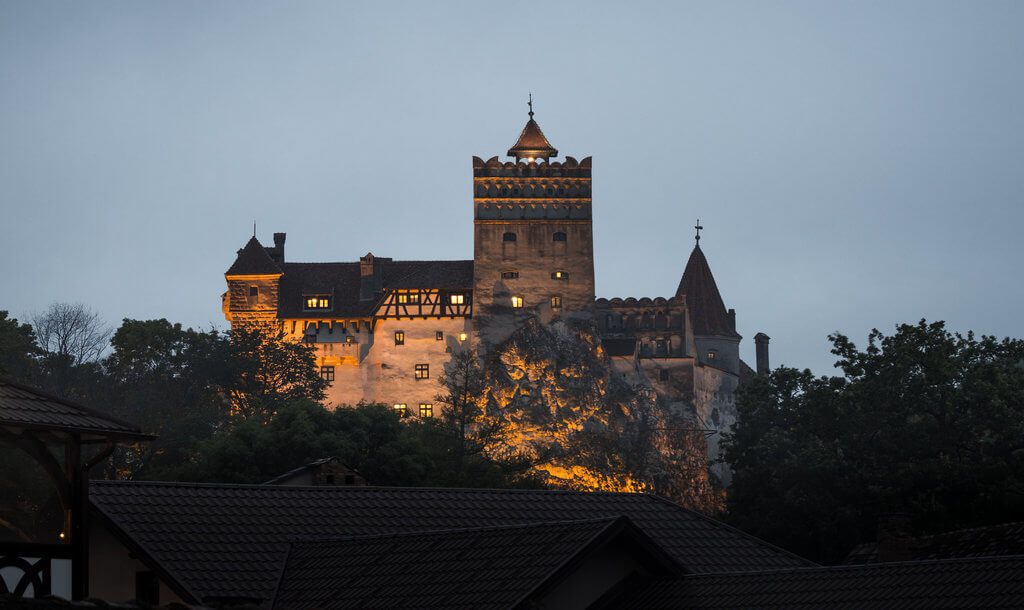 The locals also say there is another ghost, the spirit of Queen Mary, who loved the castle very much. They say that in a certain place in the castle, which leads to the inner courtyard, on some evenings, it can be felt, as if by no means, a very strong odor of violet, Queen Maria’s favorite flowers. The castle was her favorite residence and was it donated to the Romanian state after her death. 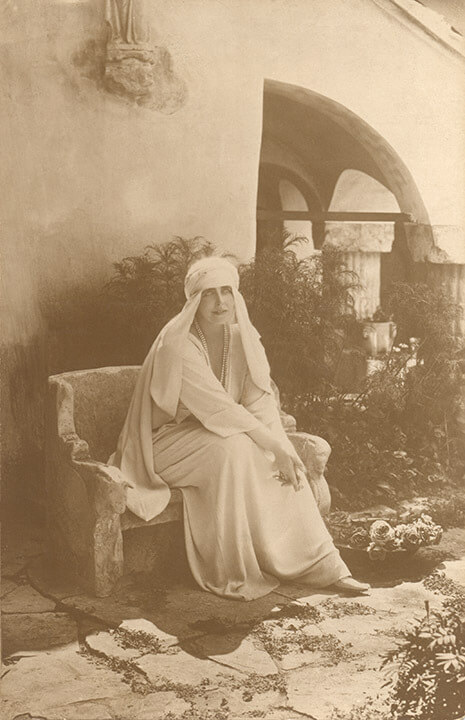 The Corvin Castle, one of the most popular tourist attractions in Romania, is also haunted. One of the darkest legends states that here, more than 500 years ago, Ioan Torok, a Hungarian nobleman and his wife, Ana, lived here. The woman was unfaithful to her husband. Blinded by jealousy, he ordered Ana to be killed in terrible anguish. It is said that she died after a spike was beaten into her head. The legend says the woman’s spirit is haunting the castle now. 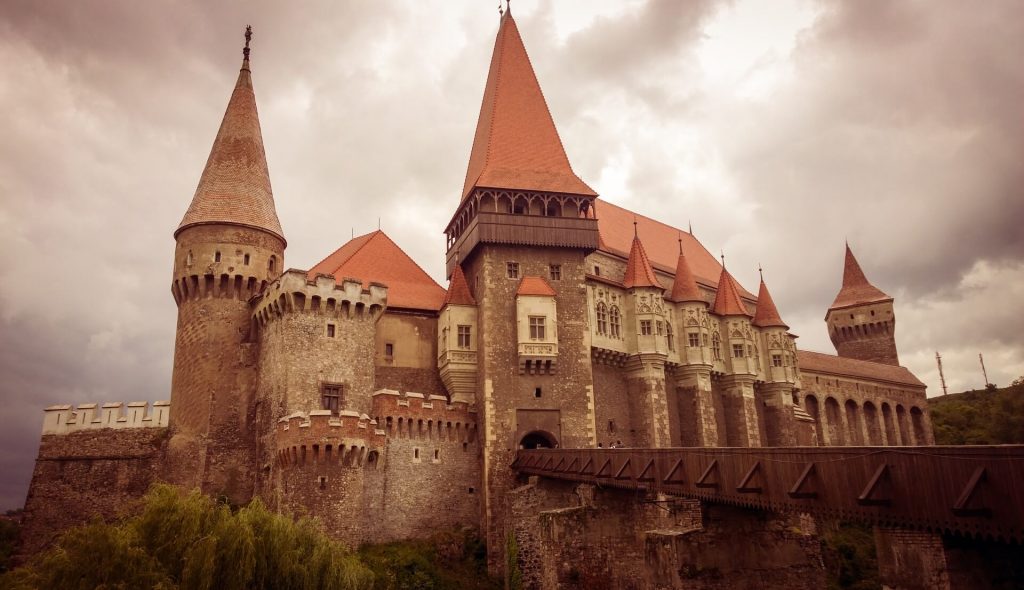 Another legend that has greatly increased the fame of the castle is that Vlad the Impaler was held captive for seven years and that he would then haunt the castle. Historians say the legend is not true and the ruler was not imprisoned at the Corvin Castle. But that did not prevent paranormal aficionados from coming to look for Dracula. 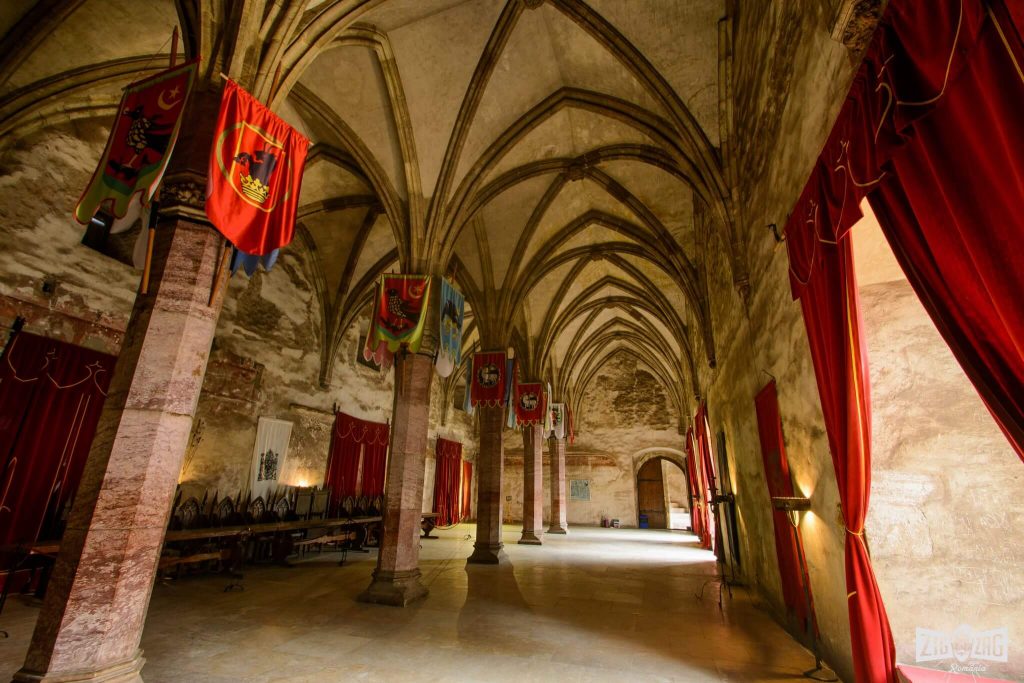 Cantacuzino Castle in Buşteni was built in 1911, at the request of Prince Gheorghe Cantacuzino, a former minister of Romania. It is said that he liked the place so much because its seclusion and quietness. He did not, however, have time to enjoy the castle because he died of pneumonia in 1913. The castle is now open for tourists and many visitors say they have heard strange noises there and have seen mysterious silhouettes. 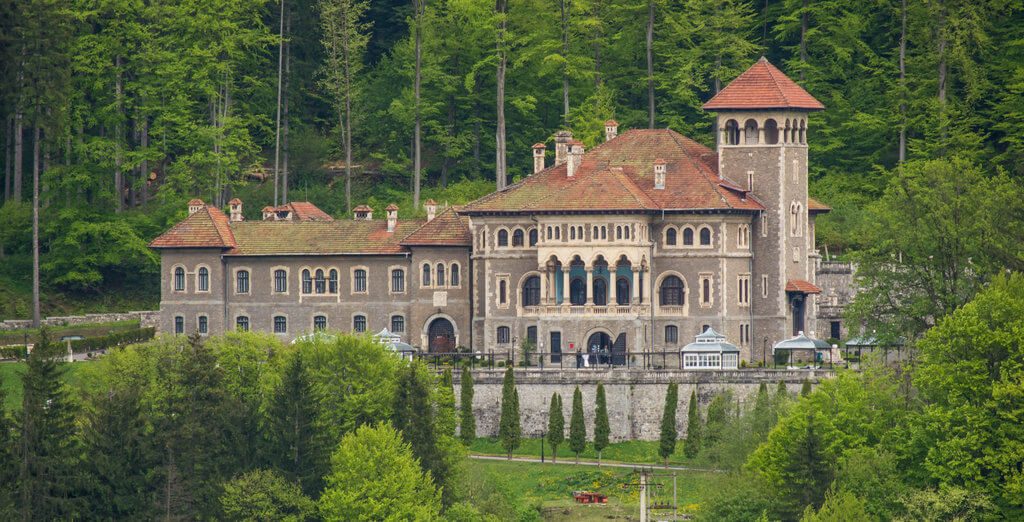 Local say that the castle is haunted by the members of the Cantacuzino family, who all had violent deaths and that are screams heard from the area which scare away the strangers who would dare to come closer to the castle by night. 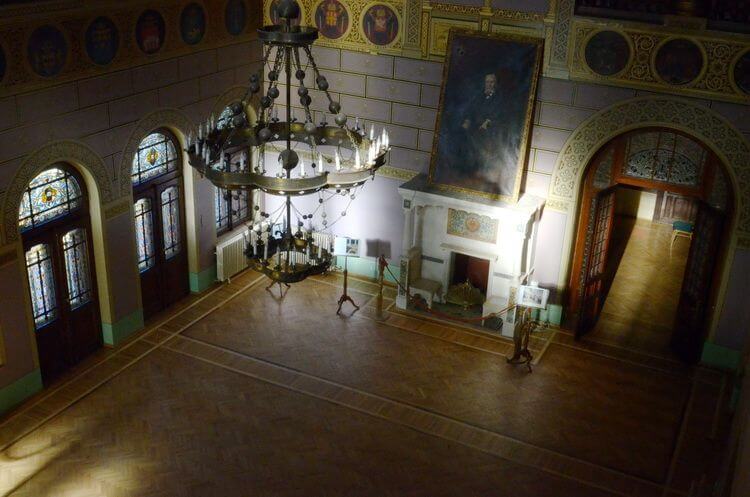 Last, but not least: the only two spiritism temples in the world, the castle of Iulia Hasdeu and her tomb.The castle is a true temple dedicated to the only daughter of Bogdan Petriceicu Hasdeu, a scholar who left an important work as a writer, historian, linguist and politician. 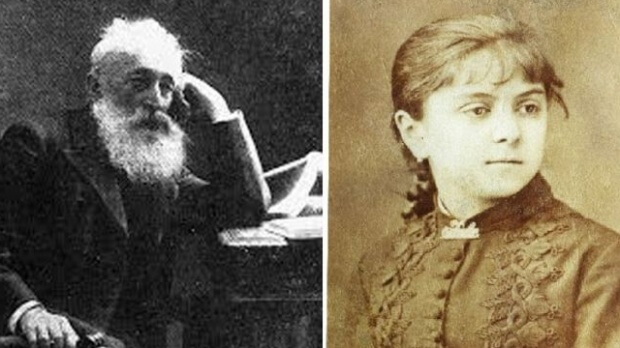 Iulia Hasdeu was a genius: she learned to read at 2 years old and she was more than proficient in French. At age 11 she wrote a play and at the age of 16 she was admitted to the Sorbonne University.However, she died of tuberculosis at only 18 years old. Although the young woman never lived here when she was alive, her ghost was reported to haunt the castle for the last 120 years.

The legends that fuelled the mystery of the place and turned it into one of the most frightening places in Romania is that the girl’s father, Bogdan Petriceicu Hasdeu, ordered that this castle to be built after several sketches his daughter gave him after death.

At the castle, Bogdan Petriceicu Hasdeu wrote the first book of spiritism of Romanian literature, “Sic Cogito”, a book created after the advice from his dead daughter. Hasdeu has set up a special room for spiritism and for years he has tried to contact his daughter. The room, perfectly dark, had a hole in a wall through whichthe writer believed that “Lilica’s” spirit had access. In this room, Hasdeu tried to capture the spirit of Iulia in photos, but he failed. Many have described the scientist as “crazy” and believed that he has lost his mind because of his painful loss.

However, there are too many locals, visitors and even the curators who say that Iulia Hasdeu can be heard here singing at the piano, although it is broken, and she was even seen walking in the courtyard of the castle. People who saw her claim that the girl had a white dress and a bunch of daisies in her hand. The day after the ghost of Iulia Hasdeu was seen, several daisies were found in the yard. The legend says they were left by the ghost, because it was September and the daisies could no longer be found in the garden. 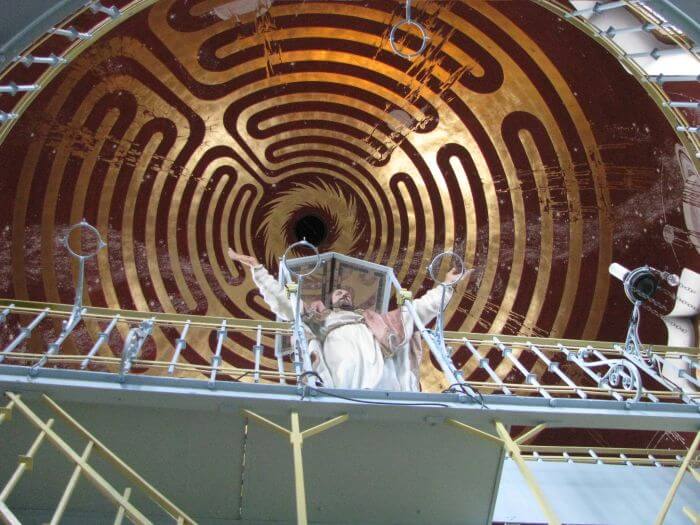 The burial chamber of Iulia Hasdeu is one of the strangest funerary monuments of Bellu cemetery in Bucharest. It is said that it was designed by the sculptor Ion Georgescu, according to the instructions sent by Julia himself during the spiritism sessions in which she “talked” with her illustrious parent.

It is a true esoteric temple in which innumerable occult symbols are seen. There, in the place where there should have been a cross, there is the model of a temple, and an earth globe supported by two sphinxes, placed on top. The cities where Iulia Hasdeu lived and studied: Bucharest, Paris, Rome are also globally. Initially, inside the cave were the terracotta busts of Jesus, Victor Hugo and Shakespeare, and behind them a mirror of Murano. Unfortunately, the tomb was robbed and the mirror and the busts were stolen, as well as the skull of Iulia Hasdeu, which lied under the sarcophagus window of the crystal. However, the legends say that no one dares to move anything from the tomb anymore as all of those who tried died of violent deaths. 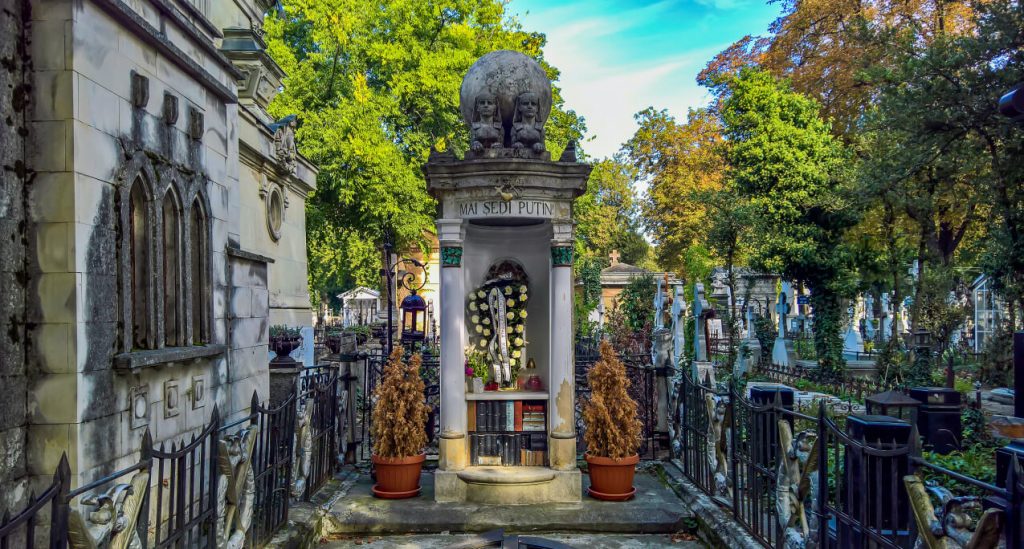 Although it is not a castle, Hoia-Baciu Forest is definitely the most famous haunted and strangest place in Romania, where a number of absolutely unexplained phenomena were investigated and analysed by scientists. The area itself became trul world-famous only in 1968, although the locals knew of its existence from ancient times, relishing it as a bad place, where strange things happen. Everybody knew from the ancestors that once you entered the forest, all the fears of the human subconscious suddenlyturned into reality and appeared on the path of the ones reckless enough to venture into this place. Since ancient times, locals around the Hoia-Baciu forest have noticed on their own skin that once they have entered the woods something strange is happening with absolutely any of them. 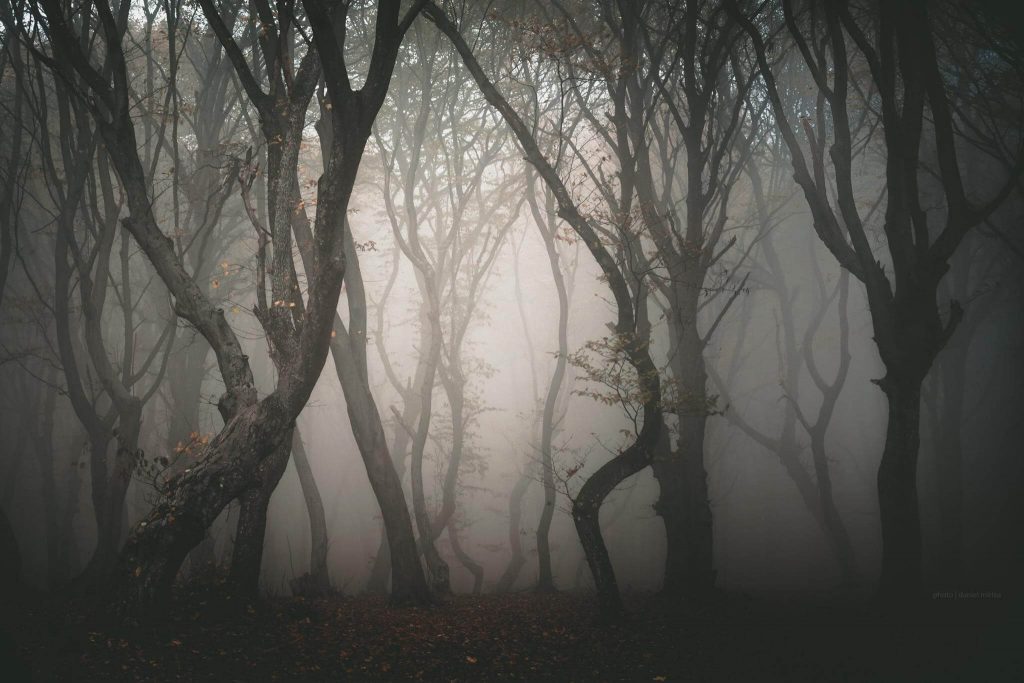 After the very first steps among the trees, the villagers complained about feeling states of unexplained nausea or vomiting, anxiety, headaches and even burns on their skin. Furthermore, the general feeling is that you are watched by thousands of hidden eyes. For a long time, the Baciu forest remained a taboo subject, and people were afraid to talk about a place that they themselves believed it was cursed.

The one who really did a pioneering work and started studying the paranormal phenomena of the forest in the 1950s was the biologist Alexander Sift. Since then, there are thousands of photographs of UFOs, lights and strange spectral presences. 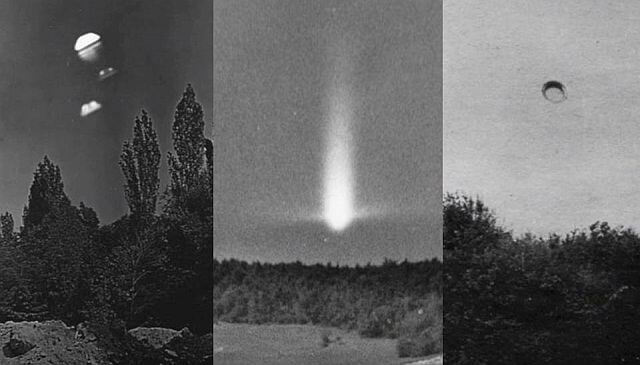 Consequently, the Hoia-Baciu forest is considered by all the great parapsychologists as the most important area of parapsychological phenomena on the entire planet.

In conclusion, if you want a real scare this Halloween you should consider choosing Romania as your next destination. The mild autumn is a great season for a memorable team building, incentive travel or group tour. How about a dinner everyone will remember?

FixTravel team is ready to plan for your company a unique trip that you can only experience in Romania: a night spent in a haunted castle, a private theme tour, a night in the Hoia-Baciu forest or a party at Dracula’s castle. Anything is possible and everything is custom-made to satisfy the most demanding and impossible requests. 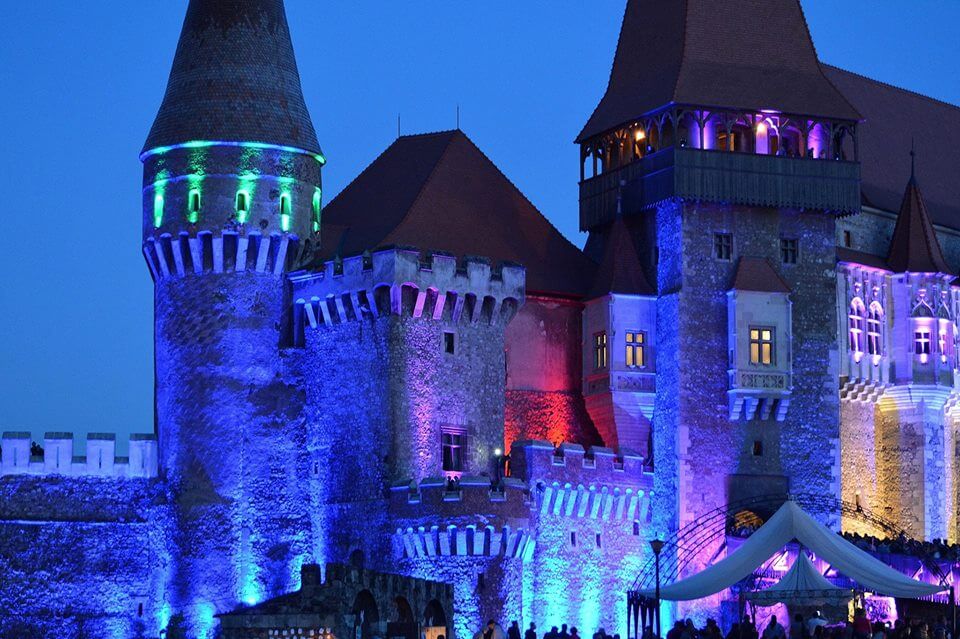 Contact us today and let us FIX your trip in Romania for Halloween and all year round!